“Bill Burns is an outstanding choice to be the next Director of the CIA,” Graham wrote on Twitter. “I have known him for years. He has a deep understanding of the threats our nation faces throughout the world.”

“He is a well-known, seasoned diplomat and respected figure in the intelligence community. Like outgoing Director Haspell, Burns will be a steady hand at the helm of the CIA. I look forward to supporting his nomination,” Graham continued.

Biden announced Burns as his nominee for director of the CIA on Monday.

Burns, currently the president of the Carnegie Endowment for International Peace, previously had a 33-year career in the U.S. Foreign Service. He served as undersecretary of state for political affairs and deputy secretary of state in the Obama administration after holding positions including U.S. ambassador to Russia and Jordan. 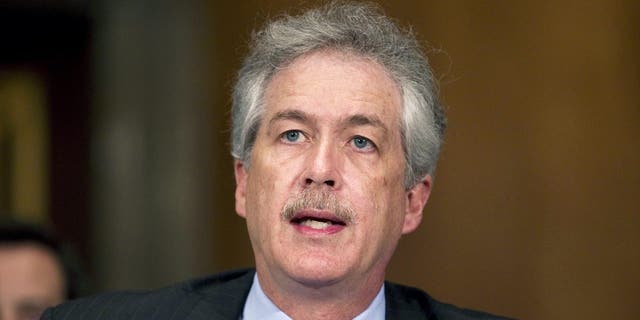 In this May 24, 2011, file photo, William Burns testifies on Capitol Hill in Washington before the Senate Foreign Relations Committee hearing on his nomination to be deputy secretary of state. (AP Photo/Evan Vucci, File)

“Bill Burns is an exemplary diplomat with decades of experience on the world stage keeping our people and our country safe and secure,” Biden said in a statement.

Graham said Burns’ nomination had his support in the Senate, but other Biden nominees may not be so lucky to enjoy bipartisan backing. For example, some Republicans have signaled their opposition to Biden’s nominee to head the Office and Management and Budget, Neera Tanden.