New York (CNN Business)Hollywood has had a disastrous 2020 with the coronavirus pandemic leaving the entertainment industry reeling. But Hollywood’s loss is Netflix’s gain.

Netflix thrived in 2020 as people were stuck at home during the global health crisis. The company posted colossal subscriber gains over the past two quarters, which helped drive its stock up nearly 70% this year.
Now, investors are eager to learn whether Netflix can take that momentum into next year.

The company will report its third-quarter earnings after the bell on Tuesday. Wall Street will keep its eye on subscriber growth (as is always the case with Netflix). Still, a lot of attention will focus on what the company has to say about next quarter, and next year, according to Bernie McTernan, a senior analyst at Rosenblatt Securities.
Netflix’s subscriber forecast of 2.5 million in the third quarter is a “conservative number” that the company should exceed, McTernan believes. However, it could be an indicator that next year may be much leaner than 2020.

“We think that in 2021, subscriber growth is going to be slowing substantially,” he told CNN Business. “We think that the outlook for ’21 will be more challenging for Netflix.”
McTernan, who is more bearish on Netflix than most other investors, added that he’s curious about whether the company will raise prices next year — a move that could lead customers to cancel the service.
“We did a streaming video survey, and a substantial amount of respondents indicated that they would cancel Netflix (NFLX) or reduce the number of months that they subscribed to Netflix given a one or two dollar price increase,” he said.
Another concern for the streamer may be increased competition next year.
Heading into 2020, Netflix was king of the streaming world. New services like Disney+ were in their infancy, and others like Peacock and HBO Max didn’t exist yet. (WarnerMedia is the parent company of HBO Max and CNN.)
2021 could be a different story. For example, Disney has seen its media empire ravaged by coronavirus with its movies delayed, productions stalled, and its parks closed for months. Yet one division of Disney took a giant leap forward this year: streaming. 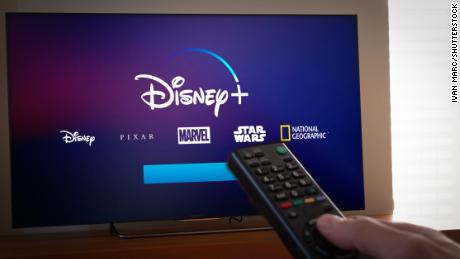 Disney+, the company’s nascent streaming service, has brought in more than 60 million subscribers in less than a year. That put the service’s growth way ahead of schedule since the company told investors last year that it projected Disney+ would have 60 million to 90 million global subscribers by 2024.
Because of Disney+’s success, the company announced a significant reorganization of its media and entertainment business last week to “further accelerate” its streaming strategy.
“The reorganization is really interesting, and it speaks to the company’s focus on streaming,” McTernan said. “Netflix just hasn’t faced this kind of global competition before. The easy days of no competition are over for it.”
Although Netflix may have a leaner 2021, it’s hardly doomed.

If 2020 has proved anything, it’s that streaming is here to stay. That puts Netflix in an excellent position considering that it has a massive head start on its rivals and has become synonymous with streaming itself.
“The bright side is that streaming usage has accelerated during the pandemic, and Netflix has cemented itself as a global leader,” McTernan said. “I think it’s a great company, but I think it’s a tough stock.”
Source: Read Full Article