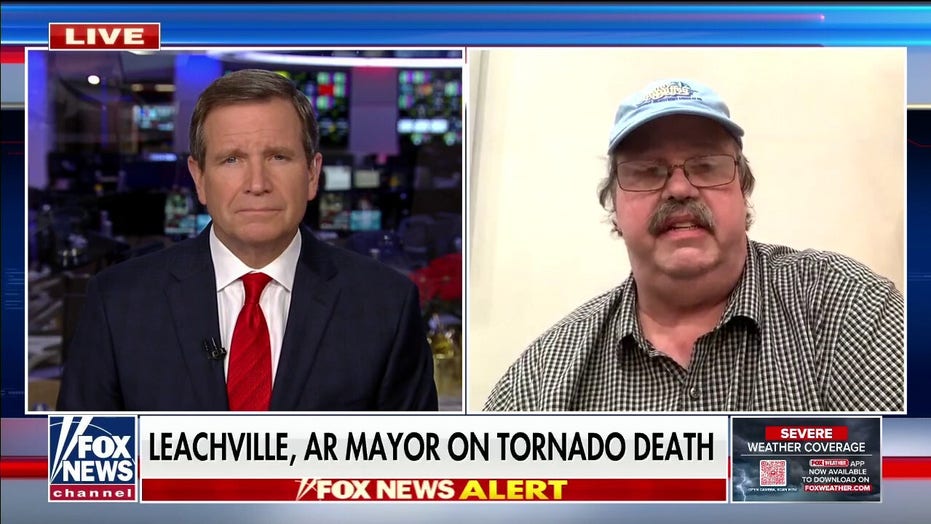 Tornadoes have ‘touched just about everybody’: Arkansas mayor

Leachville Mayor Rodney Robertson describes the state of his town after a tornado hits on ‘Fox Report.’

Several liberals on Twitter, including politicians and celebrities, pointed the finger at climate change and Republicans following devastating tornados in western Kentucky that killed at least 70 people.

Democratic Rep. Eric Swalwell used the tragedy to take a shot at Republican Sen. Rand Paul, who represents Kentucky, accusing him of not caring about Americans who are in need. 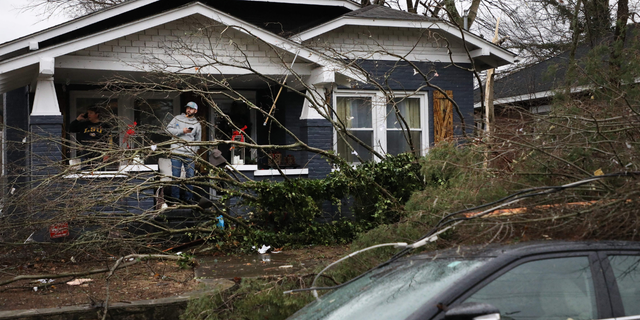 “We should do all we can to help our Kentucky neighbors. God be with them — they are hurting,” Swalwell tweeted. “But do not for one second forget that @RandPaul has voted against helping most Americans most times they’re in need.”

“Sorry Kentucky,” Scovell tweeted. “Maybe if your 2 senators hadn’t spent decades blocking legislation to reduce climate change, you wouldn’t be suffering from climate disasters. If it’s any consolation, McConnell and Rand have f’ed over all of us, too.”

Former ESPN host Jemele Hill encouraged Democrats to use the tornado as an opportunity to damage Sen. Paul politically.

“We know @RandPaul is a heartless hypocrite,” Hill tweeted. “The people in Kentucky deserve the relief regardless of their buffoonish leadership, but if the Dems don’t use this against him and his party in the future, it is a missed opportunity.” 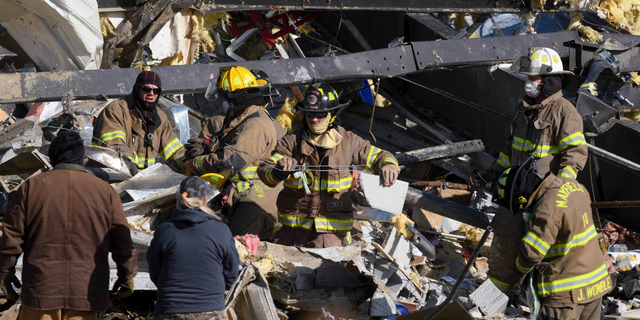 President Biden suggested climate change was to blame for the tragedy saying, “”All I know is that the intensity of the weather across the board has some impacts as a consequence of the warming of the planet and climate change,” Biden said.

Actor Mark Ruffalo also placed blame for the tornado at the feet of climate change.

“This is what #ClimateCatastrophe looks like,” Ruffalo tweeted. “It’s only going to get worse from here. Now is time to fight for our suffering and despairing youth.”

“Climate Change: What does it look like?” Vindman asked. “This is absolutely heartbreaking & it’s a direct result of climate change. Believe me, I know it’s tempting to scream, yell & question why people are so slow to accept reality but we must have conversations w/ skeptics.”

Kentucky Gov. Andy Beshear stated during a 5 a.m. press conference that a single tornado tore across Western Kentucky in a sustained way for more than 200 miles – and at least four different tornadoes struck the state during the night. 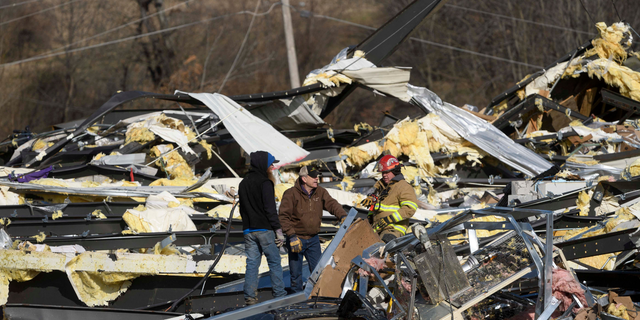 In addition, he said the death toll could reach between 70 and 100 dead, across five or more counties.

“This morning, I was briefed on the devastating tornadoes across the central U.S. To lose a loved one in a storm like this is an unimaginable tragedy,” President Biden tweeted. “We’re working with Governors to ensure they have what they need as the search for survivors and damage assessments continue.”