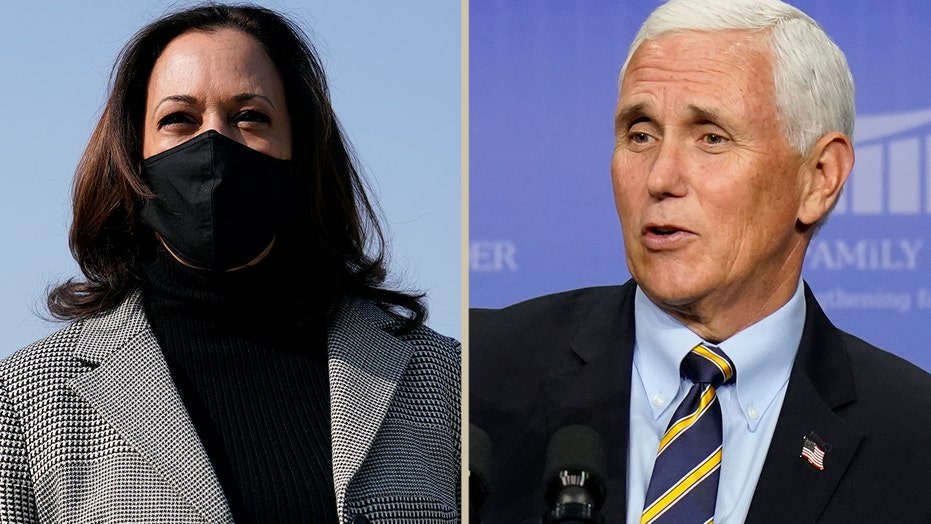 After President Trump’s constant interruptions, refusal to answer questions and disregard of all rules at his presidential debate with Democratic presidential nominee and former vice president Joe Biden Sept. 29, most Americans are looking for a substantive debate Wednesday night between vice-presidential candidates.

As a liberal Democrat, here are eight things I would like to see in the debate between Republican Vice President Mike Pence and Democratic vice-presidential nominee Sen. Kamala Harris of California. I think many conservatives would agree with some things on this list as well.

We have a right to expect candidates for political office to act like adults, not squabbling children. That means politely listening to your opponent without interrupting, refraining from personal insults, and answering rather than ignoring questions that are asked.

RICHARD FOWLER: AT VP DEBATE, CORONAVIRUS SHOULD BE TOP ISSUE — PENCE MUST ANSWER FOR OVER 210,000 DEATHS

2. A display of leadership

Eight vice presidents have suddenly become president when the president has died in office. In addition, Vice President Gerald Ford became president when President Richard Nixon resigned. So we need to see candidates for our nation’s second-highest office display the leadership qualities they would need as our president.

President Trump and his campaign have said Biden and Harris are socialists who would destroy our economy, destroy our energy infrastructure, massively raise taxes on just about everyone, send unemployment soaring, sell our country out to China, and turn the American Dream into a nightmare. These wild charges are absurd and not based on reality.

Asking Trump and Pence how to unite America is like asking two arsonists how to fight fires. They are a major cause of our disunity. But still, Pence should be asked how to undo the damage he and Trump have done.

Obviously, a debate requires disagreeing with and criticizing your opponent, but candidates need to be truthful when doing so.

4. A discussion of law and order, but systemic racism as well

Donald Trump and Mike Pence are now in the White House, but they are blaming Biden and Harris for protests against racial injustice that have sometimes turned violent in cities around the country. This is in keeping with Trump’s claims that he is never responsible when things go wrong but deserves all the credit when things go right.

In a truthful debate, Pence will have to stop claiming that Biden and Harris are the enemies of police and the friends of criminals, rioters and anarchists. This is nonsense. Both Democrats have come out strongly against violence, looting and arson at protests.

Harris is a former prosecutor and Biden authored a major anti-crime bill that was signed into law when he was in the Senate. In fact, both have been criticized by some as being too tough on crime.

The real question in the debate should be which ticket can stop violent protests while also bringing about racial reconciliation, ending systemic racism, and ensuring needed police reforms.

For either candidate to claim they have never made a mistake or done anything wrong is absurd.

6. Protecting Americans from COVID-19 and reviving our economy

All of our lives have been disrupted by the raging coronavirus pandemic. Tragically, the virus has killed more than 210,000 Americans and infected more than 7.4 million people in our country, including President Trump and a growing list of staffers in his White House and on his presidential campaign.

Millions of Americans have lost their jobs and face financial disaster, many business have closed permanently, millions of children can’t attend school, and we are all tired of social distancing and wearing masks.

Harris will be fully justified to attack Pence for the Trump administration’s incompetent response to the pandemic. He is, after all, the official who Trump put in charge of the response to the disease COVID-19.

And Pence will be fully justified in asking Harris how she and Biden would do a better job and criticizing aspects of their plan.

But above all, Americans want to know where we go from here.

What safeguards will be in place to ensure a coronavirus vaccine and treatments are safe and effective and made available to everyone? What can be done in the meantime to halt the spread of the virus? How can we revive our economy without endangering public health?

What assistance can we make available to people who have lost their jobs and businesses due to the pandemic? While Trump likes to brag about the strong economy Americans enjoyed before the pandemic hit, that doesn’t help people out of work and out of money today.

Both candidates need to be asked these and more questions on the health and economic devastation caused by COVID-19 because this is the top issue on the minds of voters right now.

Some historians have told us that Americans are now more divided than at any time since the Civil War. President Trump has worsened these divisions, regularly demonizing and insulting his critics and sometimes calling them unpatriotic and criminal.

Asking Trump and Pence how to unite America is like asking two arsonists how to fight fires. They are a major cause of our disunity. But still, Pence should be asked how to undo the damage he and Trump have done.

Harris should be asked to give specifics and what a Biden-Harris administration would do to heal the divisions sowed by Trump and Pence.

Finally, both candidates should give us a better idea of who they are, what has influenced them, and what they want to accomplish in office.

While some of us follow politics closely and know a lot about Pence and Harris, millions of Americans don’t. The debate should help us all get to know each candidate a bit better.

Years ago, when my dad was still alive, he used to tell me to use everything I had in my arsenal to my advantage whether in an interview, a debate, or another situation.

There are two areas where Harris trumps Pence. She is both a woman and a person of color. She can speak to women’s issues such as reproductive rights and issues such as racial injustice from a personal perspective — something a White man like Pence just can’t do.

At the same time, Pence can talk about how his religious convictions motivate him to want to help others and how experiences in his life put him in the best position to serve the American people as vice president for another four years.

The bottom line is that as long as the debate doesn’t devolve into a shouting match, as happened with the Trump-Biden debate last week, it could be exciting, informative and consequential.

Each candidate has a responsibility to give truthful answers, stick to the facts, and explain why he or she should be the second-most powerful leader of our country, ready to step into the presidency if needed.

Will they? We’ll soon know.