First Liberty Institute general counsel Mike Berry said unvaccinated Navy SEALs seeking religious exemptions to the vaccine mandate are unlikely to have their requests honored. Berry joined “The Faulkner Focus” on Wednesday, explaining how those seeking exemptions have reportedly been harassed and intimidated while waiting for a response. Berry, a lieutenant colonel in the U.S. Marine Corps Reserve, represents approximately 34 active-duty SEALs and two reservists.

MIKE BERRY: Well, it all starts with the U.S. Constitution and the First Amendment, the free exercise of religion is enshrined in our Constitution as part of the bedrock foundation of this country and what our country was founded upon. And guess what? Not just the U.S. Constitution, but federal law and Department of Defense regulations themselves require the Department of Defense to honor religious freedom. We have regulations right now that say that religious accommodations should be granted and shall be granted and only in the most limited of circumstances the government has a very, very high bar that it has to meet in order to deny a religious accommodation. But we’ve been told from the Pentagon, from the very highest levels, that the DOD does not intend to approve any religious accommodation requests. And to my knowledge, and I’ve heard this from multiple sources, not a single religious accommodation has been approved at this point. And that’s insane. That can’t be the case. But yet that’s that’s exactly where we are. 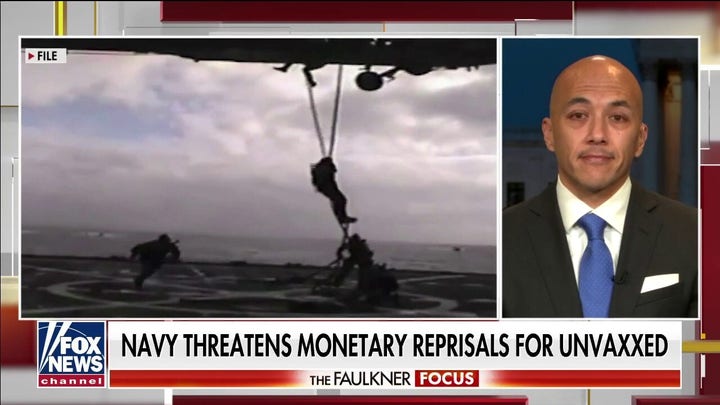