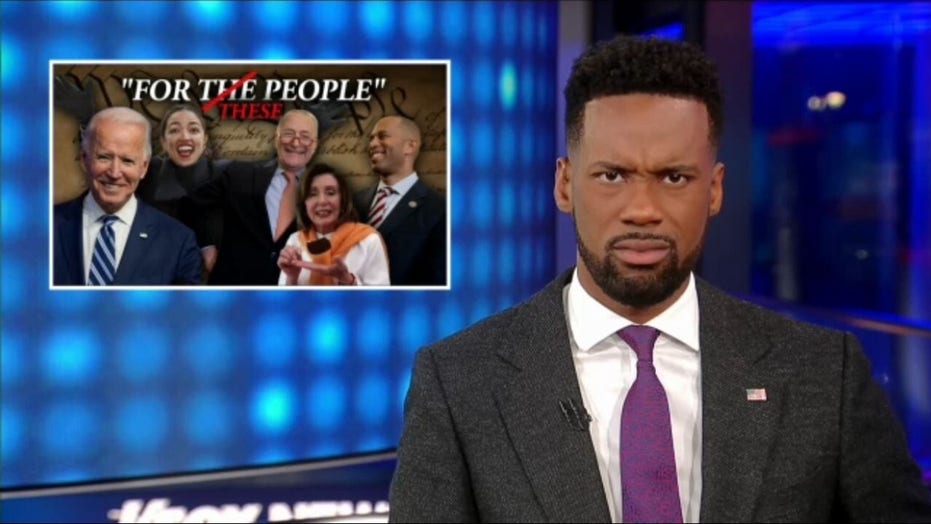 Lawrence Jones: Democrats are about to rob you blind to line their own pockets

According to Jones, Democrats say that the “For The People Act” “would expand voter rolls, fight gerrymandering and as they put it, ‘combat dark money in politics.’ On the surface, that sounds like they could be good. Until you read the fine print.”

Instead of fighting so-called “dark money” in politics, Jones said the bill makes the system “darker than you can imagine.”

According to the host, the bill greenlights federal taxpayer-funded matching for political donations of $200 or less.

“What if you don’t like AOC or Nancy Pelosi or anyone in Congress for that matter? Too bad. Shouldn’t your hard earned tax dollars go to things that help you?” asked Jones. “Not in Nancy [Pelosi]’s America.”

“Just imagine,” he added, “if Republicans created a 6:1 fundraising match for pro-life groups or the NRA. Liberals would rightfully blow a gasket.”

What’s more, said Jones, some Democrats are claiming the matching funds would not necessarily come from taxes.

“They’re going to create a new slush fund through forfeiture, which is a whole other separate issue,” he said. “All you need to know is they’re stealing your money. They claimed they will raise $3.2 billion the next 10 years. Wow. And we can’t find anything else to spend that money on?”

“They can’t send laptops to poor kids in Philadelphia? Fix the water in Flint, [Michigan]? Listen, they say taxation is theft. But in this case, it really is.”