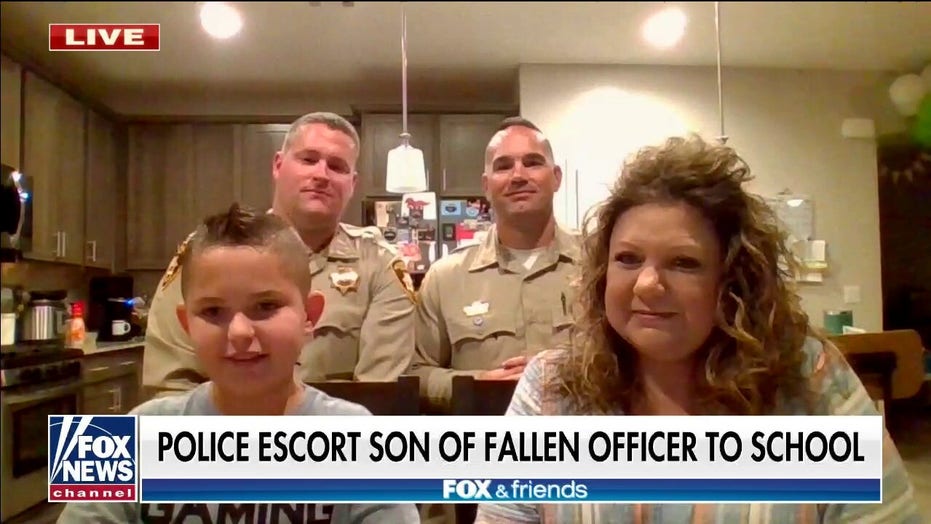 Las Vegas police escort son of fallen officer to school: ‘Important for us’ to see him happy

A boy whose father died from COVID-19 receives a first day of school surprise when police officers escort him to class.

“He’s an amazing kid,” Officer Sutton said of Noah. “He’s got a big heart, too, just like his dad. And it’s extremely important to us to see him go on and be happy and live a wonderful life.”

Three officers brought Noah to the first day of 4th grade at Steve Schorr Elementary School and took photos with him before class.

Noah greeted the officers wearing a tie, which his mom told them represented his new role as “man of the house.”

“They’ve just been extremely supportive,” Christa Swanger said. “Noah’s connection to his dad being a police officer… I think that’s extremely important for him.” 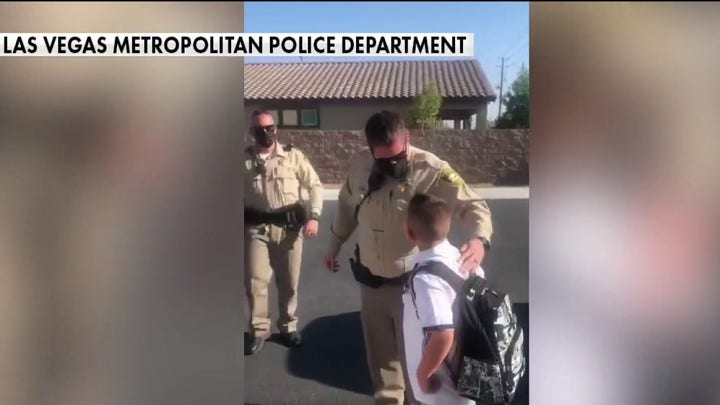 Officer Childers remembered Swanger as a dedicated officer to his fellow military veteran community and someone who taught him the importance of work and family.

“He was a funny guy, an infectious laugh, and he was a blessing to have on the squad,” Childers said. “Really a great guy.”

Sutton added Swanger had a “humongous heart” and would have done the same for anyone else’s child.

Christa described her husband’s squad as a family that has stepped up for Noah after his father’s passing, including surprising him with a truckload of presents on his birthday and taking time to have lunch with him just like his dad did.

Swanger was 41 years old and a seven-year veteran of the LVMPD.

Noah wants to be a police officer when he grows up.