Larry Elder on recall election: It’s good news that the lines are long

California Republican gubernatorial front-runner Larry Elder said Tuesday lines at the polls are long, which he sees as a good sign for his campaign, as he seeks to unseat Gov. Gavin Newsom in a two-question election; whether to recall the Democrat from office, and if so who to replace him with.

Elder, who rose to the top of the polls on the replacement question, ahead of other candidates including Republicans Kevin Faulconer and Caitlyn Jenner, told “Hannity” there is “no front where [Newsom] has done a good job.”

He noted that poll lines are a good sign in an election where ballots were mailed to every registered voter on the rolls in the state – remarking that Democrats “trust the mail” while Republicans tend to trust physical polls. 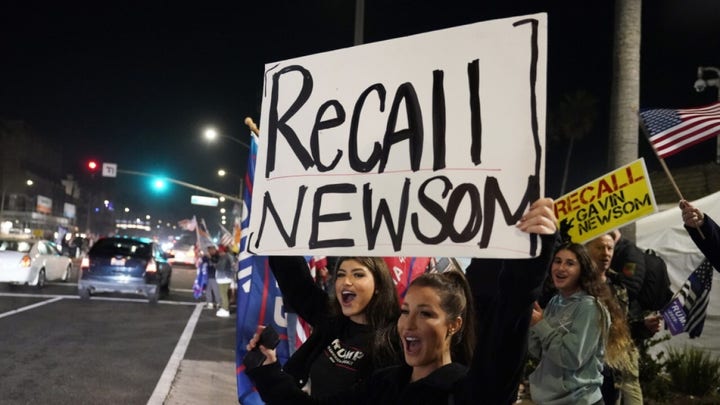 “The lines are long. That’s good news for our side,” he said. “I’ve heard from people saying I’ve voted all my life, I have never seen lines like this.”

Elder said Newsom has failed on COVID-19 economic recovery, has been overtly draconian in his lockdown orders, and has crippled the state in other ways including forest management, the utility grid and public water management.

He told host Sean Hannity that while Newsom had several top-name Democrats like Sens. Bernie Sanders of Vermont, Elizabeth Warren of Massachusetts, and former President Obama – either visit the state or cut ads for him, none of those officials have uttered the words “Gavin Newsom has done a fine job for the people of California.”

“People are leaving California for the first time,” Elder lamented.

Newsom, if recalled, would be only the second California governor to have been subjected to such a process.

Former Gov. Gray Davis, also a Democrat, was successfully recalled in 2003 and replaced by Republican actor and bodybuilder Arnold Schwarzenegger.