In media news today, an MSNBC contributor says the Republican Party is a front for a ‘terrorist movement,’ liberal pundits meltdown after Krysten Sinema doubles down on filibuster support, and Yahoo rejects a GOP Senate candidate’s ‘Let’s Go Brandon’ ad.

Los Angeles Times business columnist Michael Hiltzik is doubled down on the notion, people should mock the unvaccinated who have died from the coronavirus.

Hiltzik explained in a Saturday appearance on CNN that even though it is culturally proper to mourn the dead and remember the good they did while living, it is not “entirely appropriate” when it comes to those who died of COVID-19.

“So many of them have actually promoted reckless, dangerous policies and… they took innocent people along with them,” he said. “Every one of these deaths is a teachable moment and, unfortunately, we haven’t been learning from the lesson that we should be hearing from them.”

Hiltzik released a column last week titled, “Mocking anti-vaxxers’ deaths is ghoulish, yes — but necessary” where he addressed the death of Kelly Ernby, a deputy district attorney in Orange County, California, who reportedly died of complications from the coronavirus last week after opposing vaccine mandates.

The columnist specifically explored how mockery “is not necessarily the wrong reaction” to these deaths and how “pleas for ‘civility’ are a fraud.” Hiltzik repeated this during his interview with CNN and argued how the expectation to be civil is for the hypocritical.

“This argument is designed to distract people from what it really being said,” he said. “And even if it’s being said in the most forceful possible way.”

By showing civility for an unvaccinated person who has passed, he argued, it is “erasing the harm” done to their families and communities.

“And I don’t think that harm is something we should be erasing,” he said. “I think we should be underscoring it – mockery, well, maybe that’s one way. Maybe it’s not the only way. But I don’t think it’s necessarily the wrong way.”

As Ernby’s death is used as an example, Hiltzik said he disagrees with the argument that she should be remembered for the work she’s done due to the fact that she “crusaded” against the COVID-19 vaccine.

The columnist pegged Orange County’s “crisis” in the hospitals – longer ambulance wait times and the construction of emergency wards — as a consequence of the actions of people such as Ernby. 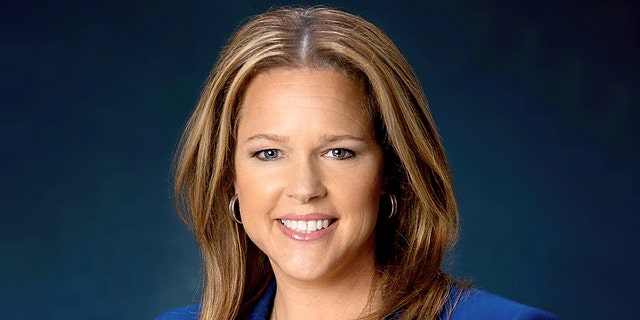 Hiltzik’s Twitter feed, where he promoted the column, boasts a long history of eyebrow-raising tweets and statements of a similar nature.

An article published in September 2020 suggested Trump’s effort to expedite the approval and distribution of the vaccine before the November election could “kill us.”