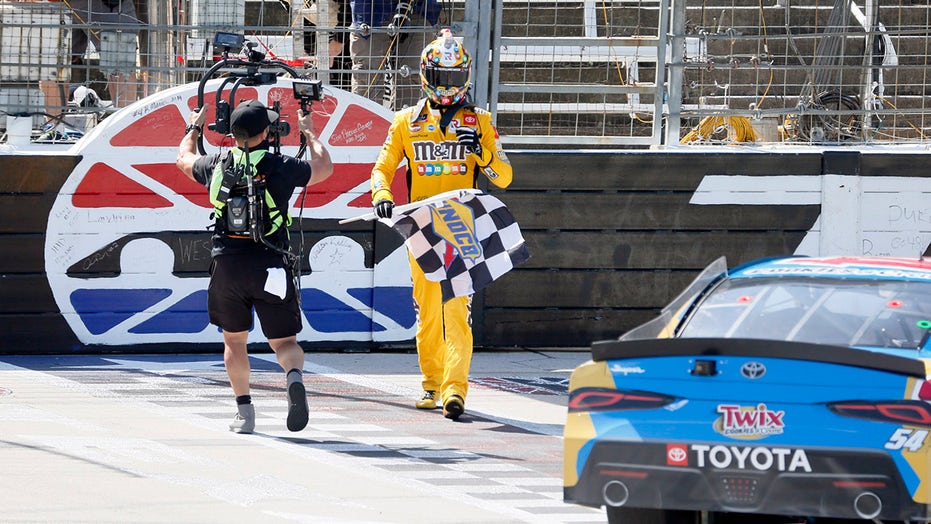 What is the NASCAR ‘choose rule’?

Kyle Busch celebrated a 10th NASCAR Xfinity Series victory at Texas, and then had it taken away.

Busch's No. 54 Joe Gibbs Toyota failed postrace inspection Saturday after finishing ahead of Austin Cindric, who was declared the winner for the third victory in a row after taking both Xfinity races at Kentucky.. 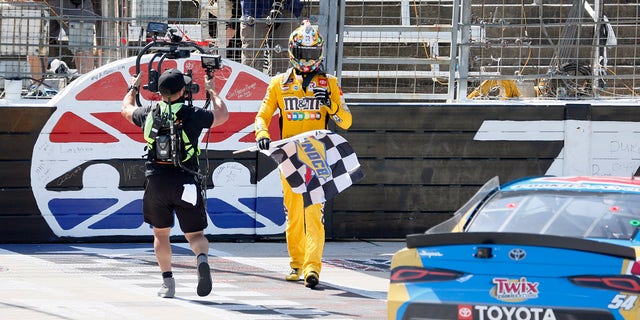 \NASCAR said Busch's car was disqualified for failing heights, with the left rear measuring too low.

It would have been the 98th career win for Busch in the series. Instead, Cindric got his fifth in 83 career starts despite crossing the finish line 0.949 seconds behind Busch. That made a 1-2 Ford finish with Cindric ahead of series points leader Chase Briscoe.

Busch did rebound Saturday night to win his fifth Truck Series race at Texas, his 59th overall victory in that series. It was his 212th win in NASCAR's top three series, including 56 in the Cup Series.

The 21-year-old Cindric, son of Team Penske president Tim Cindric, said he had already changed back into street clothes in his hauler when he noticed everybody still around the No. 54 car. He said it's great to get a win no matter how it happens.

“I felt like we had a shot to do that today. And maybe didn’t execute as well as you should have, but that’s what kept us out," Cindric said. “But fast race cars and being in position, that’s where it counts.”

Busch had to come back through the field three times in the race, including an early speeding penalty on pit road. He built a 3.3-second lead before a final caution flag when Joe Graf Jr. made contact with the wall. Busch led only 15 of the 201 laps.

Justin Allgaier had regained the lead from Cindric when both pitted on Lap 159, but was penalized for a blend line penalty when getting back on the track. After doing his pass-through penalty 10 laps later, he dropped two laps off the pace before recovering for a third-place finish.

“I’d like an explanation, because that’s been the same way we’ve done it now for as long as I’ve been in NASCAR,” Allgaier said. “Disappointing. … Win the two stages and know that we had a car that was capable of going for a win was really a solid afternoon.”

Cindric led three times for 44 laps. Allgaier, who won both stages during the race, was in front four times for 98 laps.

Texas is a 1 1/2-mile track like Kentucky, where Cindric won twice last weekend. His other Xfinity wins were in back-to-back races on road courses at Watkins-Glen and Mid-Ohio last July. The last Xfinity drive to win three races in a row was Christopher Bell in July 2018.

“I’ve got more wins on ovals than road course. I’ll take it, I’ll move with it. It’s great to be able to capitalize on fast race cars,” Cindric said. “I don’t this weekend we were quite as good as we were at Kentucky. But overall, being able to run up front all day, getting great stage points and have a say in things all race, it was great. We’ve just got to keep building on that.”

There were no spectators allowed for the Xfinity race, or the Truck Series race on Saturday night when Busch was racing again. Thousands of fans will be in the stands for the Cup race Sunday.

Noah Gragson, who entered the race second in season points, crashed in Turn 3 on lap 117 after he got loose once the air got taken off his rear with Cindric behind him. There didn’t appear to be any contact. Gragson finished 30th, and dropped to third in points while Cindric moved up to second.

Gragson was behind Riley Herbst in a similar incident on five laps into race, when Herbst slammed hard into the outside wall coming out of Turn 4 and ended his day to finish last in the 37-car field, though he got moved up a spot after Busch's disqualification. Gragson said on the radio that there was no contact.

“We were just learning the track here at Texas, first time at this speedway and got absolutely drove through by the 9 (Gragson) car,” Herbst said. “Just a little bit of lack of respect.”

Related News:
Business News:
Former Trump Property Aims to Be Palm Beach’s Most Expensive Ever
LinkedIn is offering free online classes based on the top skills companies want in 2021
Climate Change SPAC soars 80% amid plans to merge with electric-vehicle charging network EVgo
7 cities real-estate investors should target in 2021, from the 'clever investor' who went from $30,000 in debt to flipping over 1,000 houses
Late Credit Card Payments at Historically Low Levels in U.S.
Recent Posts
This website uses cookies to improve your user experience and to provide you with advertisements that are relevant to your interests. By continuing to browse the site you are agreeing to our use of cookies.Ok