New York (CNN)Lawmakers are trying to find a solution to two intertwined trends: the rise of Big Tech and the decimation of local news.

Sen. Amy Klobuchar chaired a hearing on Capitol Hill last week to address the challenge, and is advancing legislation that would attempt to give local news outlets more leverage against Big Tech companies like Google and Meta.
As the tech giants continue to thrive off digital ad revenue, the Journalism Competition and Preservation Act would allow news outlets, regardless of size, to collectively bargain with advertisers, strengthening their negotiating position against Big Tech. 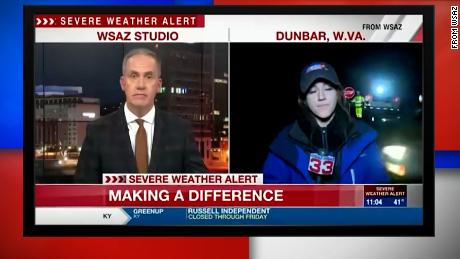 Klobuchar’s father, Jim Klobuchar, had a long career as a local news journalist in the Midwest, working as a sportswriter and popular columnist in her home state of Minnesota.

“Growing up, newspapers, the First Amendment, was everything,” Klobuchar said on “Reliable Sources” Sunday.

And over those years, Klobuchar said she saw many local newspapers merge or close down. But none of that happened at nearly the rate seen over the past decade following the advent of digital news.
Between 2005 and 2021, roughly 2,200 local US newspapers shutdown, according to the Washington Post. And while companies like Google’s parent, Alphabet, have now surpassed $200 billion in annual revenue, local newspapers’ ad revenue declined from $37 billion in 2018 to less than $9 billion in 2021, according to Pew Research.
Google generated those incredible earnings due mainly to market forces — but Klobuchar thinks that lawmakers and regulators can rein in Big Tech to give print and local media outlets a fighting chance to survive and compete. 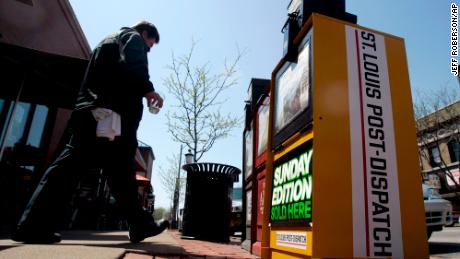 “All we’re doing is saying, big, small, people should be able to negotiate with these platforms together,” Klobuchar said. “So you don’t have some small newspaper in Lanesboro, Minnesota trying to do it by themselves.”
CNN chief media correspondent Brian Stelter raised concerns that the bill won’t get a floor vote, but Klobuchar noted that the proposal does have bipartisan support, including from Sen. Ken Buck (R-Col.) and Sen. John Kennedy (R-La).
“What unites us is a view that we must continue to rejuvenate America’s economy,” Klobuchar said. “We must push for competition and allow for competition.”

Klobuchar noted that she is not an opponent of Big Tech and pointed out that she uses products and services from the tech giants, including Fitbit and an iPhone. “I’m not a Neanderthal,” the senator quipped, but she stressed that there needs to be rules of the road to prevent “anti-democracy behavior” to allow local news organizations to generate vital ad revenue.
“That is not what was envisioned by the founders of our country,” Klobuchar said. “I don’t want to stop these companies from existing. I just know that we have to make sure their platforms are fair to allow for competition.”