A coalition of influential Jewish American groups seeking peace between the Israelis and the Palestinians wants President Joe Biden to revoke a planned Trump administration policy that treats occupied territory crucial to a future Palestinian state as already part of Israel.

In a letter sent to Homeland Security Secretary Alejandro Mayorkas on Tuesday and shared exclusively with HuffPost, the six groups warned the Biden administration against the looming change, which they say would worsen tensions in the Middle East if allowed to go into effect.

Weeks before Trump left office, he directed the Department of Homeland Security to adopt new labels for products made in the section of the West Bank that is under full Israeli control. That segment, known as Area C, forms the majority of the disputed region and hosts Israeli settlements widely viewed as violating international law. The agency is currently set to enforce a March 23 deadline for companies to tag products from the area with language along the lines of “Made in Israel” ― including goods made by Palestinians.

It is a powerful symbolic move. The Palestinian Authority, the most powerful governing body among the Palestinians, called Trump’s action a “war crime” at the time of the announcement. 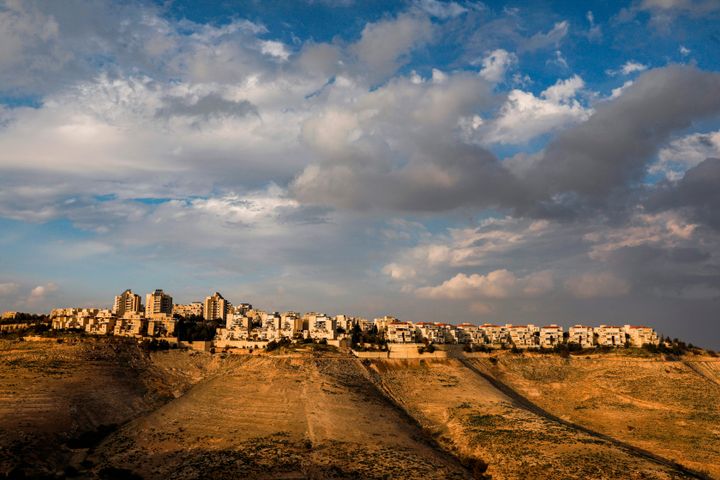 Advocates for a fair settlement between the Israelis and Palestinians view Trump’s suggested label as a U.S. endorsement of Israel’s often brutal rule over occupied land, including policies like expanding settlements and demolishing Palestinian homes. The groups that signed the letter were J Street, the New Israel Fund, Partners for Progressive Israel, Ameinu, Americans for Peace Now and T’ruah: The Rabbinic Call for Human Rights.

Biden’s decision could represent one of his first major stabs at tackling the long-running Middle East crisis. And he could use the choice to demonstrate that he will be more evenhanded in his approach to the two sides, a priority for progressives who say both Donald Trump and previous Democratic presidents favored Israel over encouraging a solution to the dispute and associated human rights abuses.

The six organizations told Mayorkas the shift in labels should not go into effect.

“By inaccurately and misleadingly treating settlement and other products from Area C of the West Bank as if they were made in Israel, the [Trump-era notification] attempts to reverse decades of U.S. policy that makes a firm distinction between Israel and the West Bank,” reads their message. “It runs counter to the Biden administration’s policy of opposing settlement activity and unilateral annexation of territory as harmful to the prospects for the peaceful, just resolution of the Israeli-Palestinian conflict.”

Under the U.S.-brokered Oslo Accords of the 1990s, Area C ― which comprises 60% of the West Bank ― is run by Israel, while the smaller Areas A and B are under limited Palestinian self-governance.

President Bill Clinton first introduced labels for imports that specified they were made in the Palestinian territories of Gaza and the West Bank as he diplomatically sought to end the Israeli-Palestinian dispute. 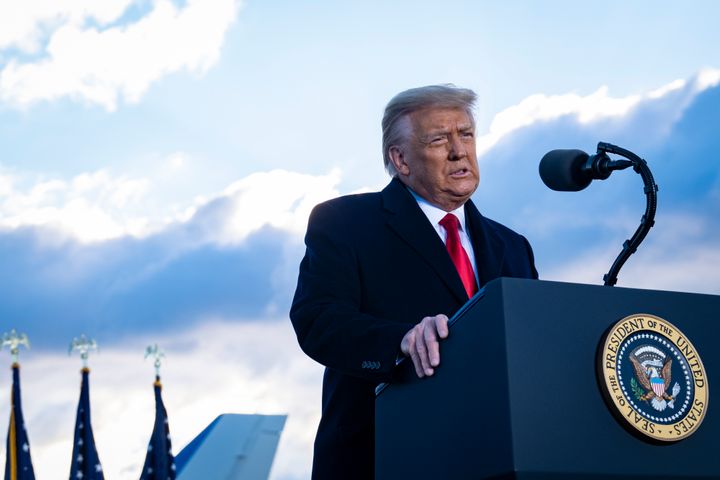 Trump’s change of course could solidify the status quo and weaken the impetus for peace talks, critics warn. Negotiations between the two communities largely stalled in 2014.

The Trump labeling change could also bolster the sense among hard-liners like Israeli Prime Minister Benjamin Netanyahu that it is time for Israel to begin treating occupied areas as part of its formal territory ― a hugely controversial process known as annexation. Netanyahu publicly spoke of annexing parts of Area C and other territory in the West Bank under Trump, who crafted a so-called peace plan granting Israel parts of the region, but has held back for now. Many national security experts and left-leaning activists say annexation would create a huge backlash within Israel-Palestine and globally, and create a dangerously unstable situation.

It notes that Trump’s policy would slap the “Israel” label on products made by the estimated 300,000 Palestinians who live in Area C. Additionally, the ex-president’s directive says products marked as being from the West Bank must explicitly make no mention of Gaza, defying advice from the Palestinian leadership and past American administrations to treat the two components of a future Palestine as fundamentally connected.

The European Union requires companies to specify goods that are produced in Israeli settlements and does not permit them to use the “Made in Israel” tag. 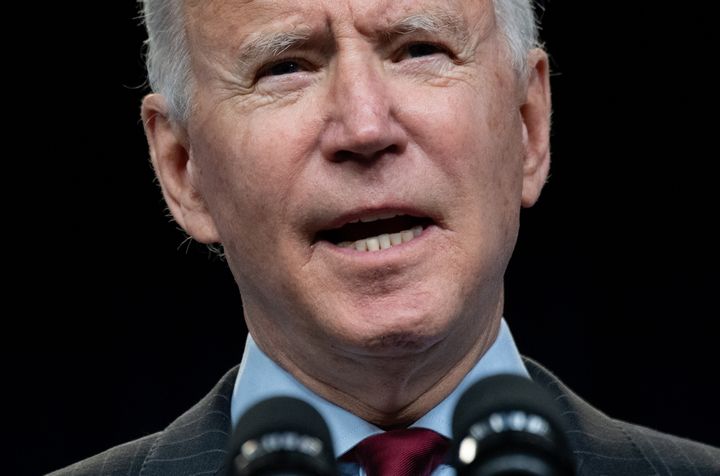 Biden could choose to revoke Trump’s rule or simply decline to enforce it.

Organizations working on the Israeli-Palestinian conflict see the label question as a key early test for the new president.

“The upcoming implementation deadline for this requirement provides the Biden administration with an important opportunity to make absolutely clear that the United States does not consider Israeli settlements located in occupied Palestinian territory to be part of Israel,” Jeremy Ben-Ami, J Street’s president, told HuffPost.

Biden is treading cautiously on the issue so far, saying he will not reverse dramatic Trump shifts, such as moving the U.S. Embassy in Israel to Jerusalem, but also suggesting he shares many Democrats’ wariness of Netanyahu by waiting weeks into his presidency to make the traditional first call to the Israeli leader.

But Trump’s flurry of activity to aid Netanyahu and court pro-Israel voters in the U.S. leaves the new administration with a range of policies that many on the left see as extremely problematic.

The label move was the final part of his pattern of one-sided gifts for Israel without similar outreach or support to the Palestinians, whom he instead cut off from U.S. aid. Congressional Republicans asked Trump to enact the policy after Biden’s November election victory, continuing their pattern of misleadingly suggesting Democrats want to hurt Israel and Jews and support the international efforts to boycott products from the settlements and Israel itself.

Liberals concerned with Israeli-Palestinian policy say Biden should resist such narratives by offering his own clear approach.

“At a time when the Israeli government’s disinterest in serious negotiations with the Palestinians toward two states has never been more evident, the new Biden administration should act swiftly and decisively to change this paradigm and establish a new norm,” the organization said then.