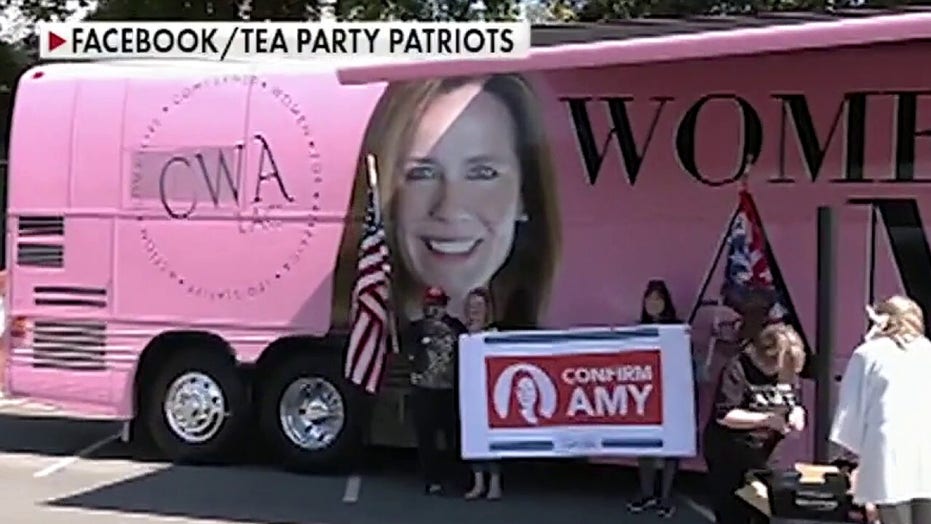 Democratic vice presidential nominee Kamala Harris said Amy Coney Barrett should "absolutely not" be questioned about her religious beliefs during confirmation hearings for the lifetime appointment to the Supreme Court.

“One’s faith should never be the basis of supporting or rejecting a nominee,” Harris told KPNX-TV in Phoenix on Thursday.

Barrett, a federal appellate judge and former law clerk of conservative Justice Antonin Scalia — whose death created the vacancy that the GOP-led Senate wouldn't allow Democratic President Barack Obama to fill in 2016 — has been questioned about her religious beliefs numerous times.

She has faced attacks from liberal women's groups and Planned Parenthood, which says she is a threat to women's reproductive rights. Democrats worry that if she is appointed to the Supreme Court, she will help to roll back abortion rights by voting to overturn Roe v. Wade, as well as the Affordable Care Act.

Although she has testified to Congress previously that she would not let her religious beliefs interfere with her decisions on the court, some have questioned whether she has given an oath of loyalty to a Christian group called People of Praise that could compromise her impartiality.

Barrett has been linked to the group by The Associated Press and other news outlets, though she hasn't commented on her involvement.

The group itself is the subject of speculation that it inspired the Margaret Atwood novel and popular Hulu drama, "The Handmaid's Tale," a claim it has denied.

Members pledge their lifelong commitment to a covenant and are assigned personal advisers, originally called "heads" if men and "handmaids" if women.

In 2017, when Barrett was nominated to the 7th Circuit Court of Appeals, she was questioned rigorously about her ability to separate religion and the law.

At that time, conservative lawmakers lambasted Sen. Dianne Feinstein, D-Calif., for telling Barrett "the dogma lives loudly within you."

Vice President Mike Pence alluded to the remarks during Wednesday's vice presidential debate, saying he hopes Barrett gets a fair confirmation and does not face "the kinds of attacks on her Christian faith that we saw before."

"Joe Biden and I are both people of faith, and it’s insulting to suggest that we would knock anyone for their faith," Harris said. "And, in fact ,Joe, if elected, will be only the second practicing Catholic as president of the United States."

Harris sits on the Senate Judiciary Committee that will head Barrett's confirmation hearings, which are scheduled to get underway on Tuesday despite warnings from Democrats that doing so may compromise the health of lawmakers amidst a recent coronavirus outbreak afflicting President Trump, numerous White House aides, senators and others.