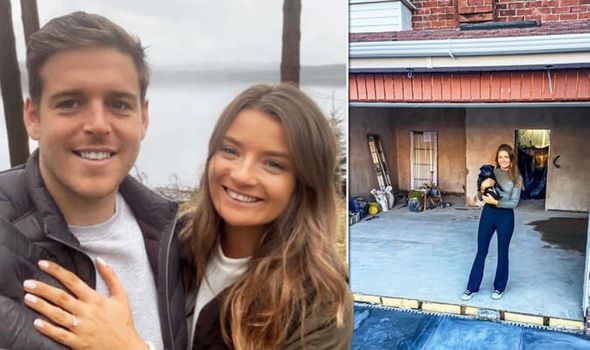 Emma and her partner Jack run Renovating the Broadway, where they share the details of the renovation of their 1930s semi-detached home. The couple bought the home on the North East coast shortly before the pandemic hit.

The couple always planned to extend their kitchen, but the pandemic put plans on hold.

“We planned the extension two and a half years ago, speaking with architects,” Emma explained.

“But those plans have changed over the years.”

Emma, who recently explained how the couple was able to save tens of thousands on their house extension thanks to a “100%” vital tip, claimed the delay was fortunate.

The couple found their initial plans would not have covered all their wants and needs, something Emma says they would only have realised by living in the home.

The couple initially hoped to begin extending the home as soon as they moved it.

However, COVID-19 deferred the plan. However, this had an unexpected benefit.

Emma gave her advice to other Britons looking into an extension.

She told Express.co.uk: “I would say just live in it for six months, even if that’s all you can manage.

“Live in it a little bit and then things will change, because our plans have changed a lot in two and a half years.”

How did the couple’s plans change after living in the home for a bit?

“The planned colour of the kitchen changed completely, to be honest,” Emma said.

“We also weren’t going put any storage in, but now we’ve realised that if we reconfigure where the stairs are we can add some for storage.”

The couple also made the decision to convert their garage into a different type of room.

She said: “We’re converting our garage into a bathroom and a utility.

“Originally we weren’t going to put a bathroom in there and now we are. We’ve made it bigger.

“It’s little tweaks that we hadn’t thought of at the time which will make a big difference.”

The renovation has extended the kitchen across the back by 1.3 meters.

They have rebuilt completely, making way for a fresh, efficient new kitchen.

The couple managed to save a lot of money and deter a potential disaster by hiring an architect, something Emma suggests anyone contemplating an extension does.

Emma told Express.co.uk: “I think people are a bit funny sometimes about speaking to an architect when they’re considering a standard extension.

“We really, really found it useful.

“You pay a couple 100 quid for it, but they’re an architect for a reason. They have great ideas.”

The architect spent around £400 on the architect, which covered planning permission and sourcing an engineer.