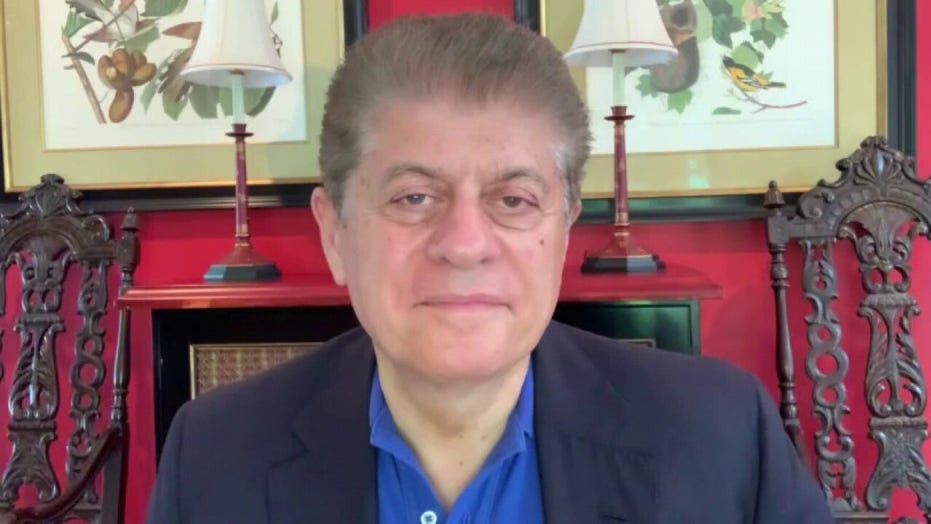 Judge Napolitano on Epstein confidante arrested: Maxwell is the living version of a ‘little black book’

Fox News senior judicial analyst Andrew Napolitano joined "The Daily Briefing" Thursday to discuss the arrest of Jeffrey Epstein confidante Ghislaine Maxwell and break down the charges against her.

“The maximum penalty [for the perjury and conspiracy charges] is five years [each] and the indication would be no time in jail," Napolitano explained. "But the enticing and transporting of minors across interstate lines for sexual purposes, for which they as minors cannot legally consent, is so serious that there is no statute of limitations on it … The Congress is so determined to authorize the FBI to go after his kind of behavior that it removed the statute of limitations."

Maxwell, 58, was ordered held without bail by a federal magistrate judge in New Hampshire Thursday afternoon. The daughter of late British media magnate Robert Maxwell has been accused in civil court filings of facilitating a sex-trafficking operation that brought girls — some as young as 14 — to Epstein's Manhattan home, though until Thursday she had not been formally charged with any criminal wrongdoing.

The indictment alleges that between 1994 and 1997, Maxwell "facilitated Jeffrey Epstein's access to minor victims by, among other things, inducing and enticing, and aiding and abetting the inducement and enticing of multiple minor victims."

The documents further allege that three underage victims were groomed and abused at locations including Epstein's Manhattan townhouse and his homes in Florida and New Mexico as well as Maxwell's home in London.

"Jeffrey Epstein’s little black book is missing," Napolitano told host Dana Perino. "Guess what? The FBI just arrested the living version of that little black book. Maxwell knows all about Epstein and who he was involved with and where he got his money from and for whom he was providing horrific illicit services of underaged women and she will be able to spill the beans on many people in return for the government going lenient on her, if the government is willing to negotiate.

"In my opinion, they will," Napolitano added. "They want Prince Andrew, she's the key to Prince Andrew. We don't know who else they want in the United States, but whoever it is, she knows about those people and now she's in a position where it's, 'Negotiate, or face the rest of your life in jail.'"