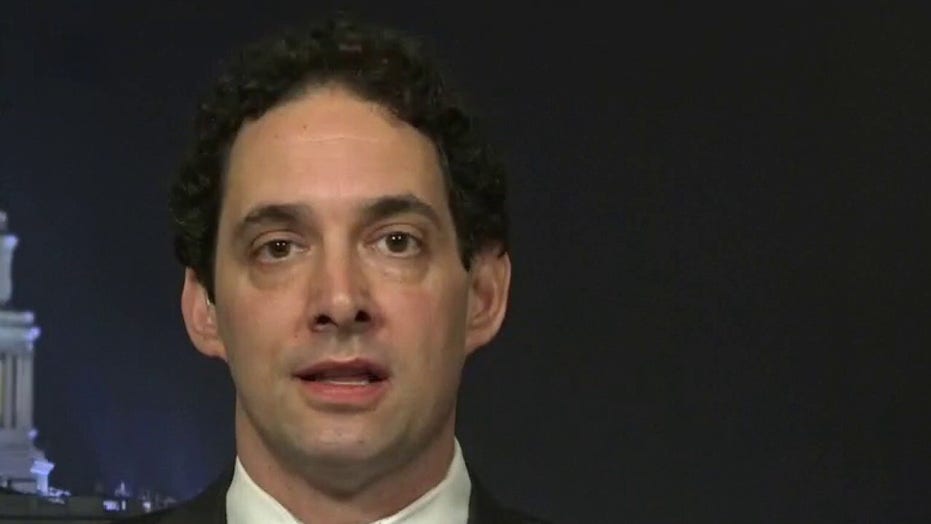 Alex Berenson: Quite clear lockdowns were driven by panic

A federal court in Pennsylvania this week has become the first in the nation to rule that the lockdown, social distancing and essential workplace regulations imposed by Gov. Tom Wolf in response to the coronavirus pandemic are unconstitutional.

The judge found that the governor's orders were so inconsistent, so bereft of any rational basis or scientific model, and so ignorant of the Constitution that the governor swore to uphold that he invalidated all of them.

Here is the backstory.

A prudent study of the founding era makes it clear that more than half the states ratified the Constitution only upon the promise by the Constitution's drafters of the addition of a Bill of Rights.

The key figure in the era is James Madison. Madison had three phases in his public career. The first was as a radical, along with his neighbor Thomas Jefferson, urging revolution against the British king because he taxed without representation and interfered with commercial activities and personal liberties.

Madison's second phase was as a promoter of a strong central government, along with Jefferson's enemy, Alexander Hamilton. The Constitution — which Madison basically drafted — offered both a devastation of state sovereignty and a roadmap for regulatory control over economic activities that would permit the new government to pick winners and losers.

His third phase was as an anti-Federalist, or Democratic-Republican, back with Jefferson, and to which he went as soon as he saw how the Federalists during the presidencies of George Washington and John Adams twisted and abused the words he wrote in the Constitution.

The turning point for Madison was the establishment of a central bank. Madison's famous Bank Speech shows a radically transformed thinker.

Madison argued that there was no power in the Constitution for Congress to establish a bank and that the power to do so was intentionally left to the states. He also argued that government can only do what the people authorize it to do, subject to their inherent natural rights.

Some of Madison's motivations might have been personal. But by the time he drafted the Bill of Rights, he was firmly in the Jeffersonian, small government, maximum individual liberty camp.

That camp produced what we now have as the first 10 constitutional amendments, the essence of which is that our rights are natural, they come from our humanity, and thus, government may not constitutionally impair them without due process.

The ambiguities of constitutional verbiage — or perhaps Madison's genius — and the modern judicial reluctance to call a natural right a natural right have produced two due processes: One is procedural and one is substantive.

Procedural due process mandates that the government may not interfere with anyone's life, liberty or property without a fair hearing before a neutral judge with constitutional protections, and based on laws and procedures that preexisted the government's interference.

Substantive due process is another phrase for fundamental, pre-political or natural rights. When a right is protected by substantive due process and the government wants to interfere with it, the government must show a compelling state interest in what it wants to do, and that it is addressing that interest by the narrowest possible means — before we even get to the fairness and hearing phase.

Now, back to the case in Pennsylvania. The court ruled on three issues. The first addressed the right to assemble peaceably, whether for political, religious or commercial purposes.

Gov. Wolf argued that, in the name of public safety, he can arbitrarily decide in what venues one can assemble and in what venues one cannot. For example, Wolf permitted huge assemblies in Walmart, but no assemblies in small family-owned stores that sell the same products as Walmart. The court invalidated that distinction as unrelated to any legitimate governmental purpose.

The second and third issues addressed were the right to travel and the right to work. The court recognized that Wolf's arbitrary designation of occupations as essential or nonessential had no basis in the Constitution. As well, the practical effect of compliance with those designations was to keep some folks at home and to allow others to travel to work.

Yet, the right to travel — across the street or across state lines — is a fundamental liberty and thus protected by substantive due process. Wolf and his team could not meet the high standard needed to interfere with it.

Most importantly, the court found that the right to work in a calling of one's choosing is protected by substantive due process. Stated differently, this federal court is the first in the modern era to characterize the right to work as fundamental. Therefore, government may only interfere with it for compelling reasons and using the narrowest means possible.

No governor in America who has persisted in interfering with this right during the pandemic has met this high standard.

The significance of characterizing the right to work as fundamental cannot be overstated. Since 1934, the federal courts have characterized nearly all expressive and intimate rights as fundamental, but they have excluded commercial rights.

Stated differently, since the time when Franklin Delano Roosevelt was president, some rights have gotten more protection from government interference than others, making it far easier for the federal government and the states to regulate commercial activities than to regulate the freedom of speech.

If this opinion is upheld, then all these authoritarian gubernatorial orders regulating personal behavior implicating travel, assembly and choice of work will fall.

Beyond that, the right to make personal choices in the marketplace will have acquired an immunity from government interference that Madison surely intended but never lived to see.