New York (CNN Business)The White House press secretary typically plays a key role in informing the public about the policies and positions of the President. The secretary’s salary is funded by American taxpayers.

But lately, press briefings held by White House Press Secretary Kayleigh McEnany “have begun to look purely political,” White House Correspondents’ Association President Jonathan Karl told CNN’s Brian Stelter on “Reliable Sources” Sunday.
Karl’s comments follow an op-ed he published Saturday in the Washington Post titled: “It’s the duty of the White House press secretary to hold briefings. But not like this.” He said Sunday he is advocating for changes to the briefings before his tenure heading the Correspondents’ Association ends this week. 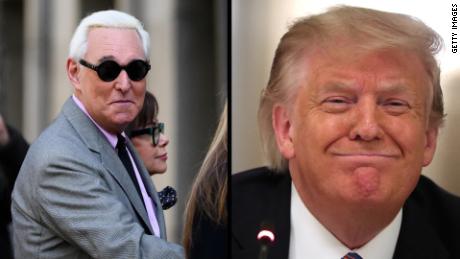 In his Saturday op-ed, Karl referenced a White House press briefing last week during which reporters asked McEnany about a tweet from President Donald Trump that appeared to link NASCAR’s decision to remove Confederate flag imagery from all races and events with lower ratings.
Trump tweeted: “Has @BubbaWallace apologized to all of those great NASCAR drivers & officials who came to his aid, stood by his side, & were willing to sacrifice everything for him, only to find out that the whole thing was just another HOAX? That & Flag decision has caused lowest ratings EVER!”
During the briefing, Karl and other reporters asked McEnany to clarify Trump’s position on the Confederate flag and explain whether Trump thought NASCAR’s decision to ban the flag was a mistake.
In response, McEnany said reporters were taking the President’s tweet out of context and stressed that the tweet was really about the FBI’s findings in its investigation of a noose found in the team garage of NASCAR driver Bubba Wallace, which concluded that Wallace was not the victim of a hate crime.
“You’re focusing on one word at the very bottom of a tweet that’s completely taken out of context,” McEnany said during the briefing.
To Karl, the interaction was an example of the press secretary “denying the president’s own words and failing to answer legitimate questions about something he had done hours earlier,” he wrote in his opinion piece.
On Sunday, Karl said he believes the regular briefings are needed but called for them to change. “This has to be an aberration, it cannot stay this way,” he said.
“I believe that the person who is the spokesperson for the executive branch of our government has a responsibility to go before the press and answer questions on a regular basis,” Karl said. “But I also believe those must be informative, that those can’t be purely political.”

Karl also expressed concern that the briefings have begun to be used to “undermine the press, not inform the press.”
“There was a briefing … where she looked out at the reporters in the room, I was in the room, and she said, ‘the people in this room desperately want to keep churches and houses of worship closed,'” Karl said, referencing a briefing in late May. “As if reporters somehow want to see churches closed … I hope she will change course. I’m glad there are briefings but I think those briefings should not be purely political stunts.”
Source: Read Full Article