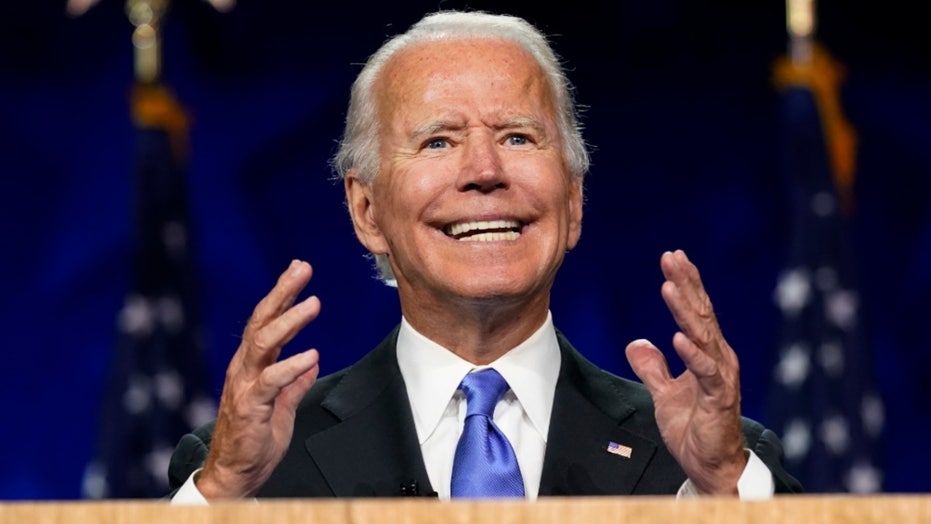 What did voters think of Biden’s acceptance speech?

Skeptics who watched Bush’s rise to the presidential nomination in 1999 and 2000 were convinced he was a mush-mouthed moron who couldn’t form a coherent sentence. As a result, when Bush delivered a really good speech at the Republican convention in 2000 and performed credibly in the debates against Al Gore, he really benefited from being, as he said, “misunderestimated.”

Biden gave a good speech Thursday night and delivered it beautifully. But it landed even more strongly because of the Basement Biden we’ve been seeing ever since he won the nomination during the pandemic.

DOUG SCHOEN: AT DEMOCRATIC CONVENTION, WHAT WORKED AND WHAT DIDN’T THIS WEEK

He’s led in the polls, often by a lot. But Biden has not taken his place in the forefront of the national consciousness, as you might expect from a front-running nominee for the presidency. His relative invisibility has been a deliberate choice made by his campaign, and it would appear a wise one, given the polling numbers.

But it’s worried supporters and cheered opponents, who have been watching the aged and often weirdly halting candidate like a hawk — fearing, or hoping, that he might stumble and fall in his big, solo unmediated, unmasked moment.

He didn’t. Far from it. Biden struck a tone both potent and elevated, and used the intimacy of the camera to his benefit to speak directly to the American voter. His most powerful line was the most supple: “While I will be a Democratic candidate, I will be an American president. I will work hard for those who didn’t support me.”

Think about the cleverness of these lines and how they might strike the ear of the kind of soft Republican voter who crossed the aisle in 2018 to vote Democratic in the midterm elections — the very voter Biden and his team have to worry might come home to the GOP because they don’t trust the Democrats with the White House.

Biden also benefited, I think, from the fact that the final night of the Democratic National Convention was pretty much a disaster until he spoke. The awkwardness of the virtual festivities really made themselves felt.

Julia Louis-Dreyfus was the celebrity presenter, and for some reason, her running script was mostly made up of a series of groaning insult, would-be one-liners that served to undercut the gravity of the occasion.

Wildly overdone speeches from Sens. Cory Booker and Tammy Baldwin and Mayor Keisha Lance Bottoms of Atlanta offered some guidance for everyone using Zoom to address a meeting: when you’re standing alone in a room with a camera, you should follow the old movie-actor adage that less is more.

Michael Bloomberg showed up and found himself upstaged by a fly, which is a perfect metaphor for the year he’s had in politics.

Just before Biden took the stage, we were treated to an endless five minutes with the admittedly gorgeous family of the basketballer Steph Curry, whose children may be adorable but whose views of the electoral process were an unnecessary bit of time-suckery and were accompanied by a horrendous musical score straight out of “Barney the Purple Dinosaur.”

The whole evening had a cringe-inducing quality the three earlier nights largely avoided. But then Biden came on and did his job and rose above his own convention just as he rose above the low expectations.

All things considered, and given his own idiosyncrasies as a public speaker and figure, Biden probably couldn’t have done any better than he did last night.