Biden snapping at a reporter, being mocked for again using a prepared list of journalists to call on in Geneva, and a New York Times reporter claiming that teachers can’t explain Juneteenth to students for fear of ‘critical race theory backlash’ round out today’s top media headlines

During a sit-down with progressive commentator Kyle Kulinski, Rogan recalled a panel discussion on CNN’s “Reliable Sources” back in January when a guest sounded the alarm that certain YouTube personalities that have more viewers than CNN “as if it was some horrible thing.”

“They didn’t even understand the way they were describing it,” Rogan said. “They were describing it as if they’re entitled to viewers. They were saying, ‘There are people on YouTube right now that get more views than this show.’ This is because the market has spoken and your show’s f—in terrible. Well, Brian Stelter’s show keeps slipping and slipping and slipping in the ratings.” 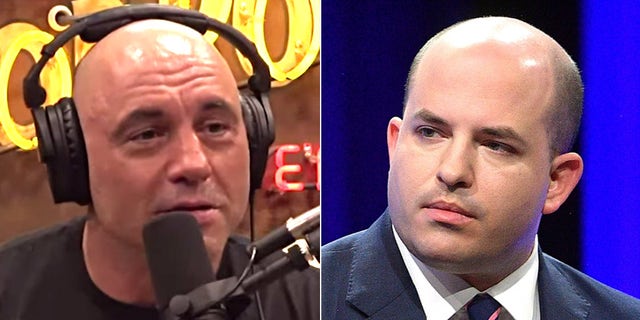 Kulinski knocked Stelter for “outright calling for censorship” under the guise of combatting the spread of conspiracy theories,” which the commentator said Stelter and others “use that for f—ing everything.”

Rogan then dragged the CNN host for his sycophantic interview with White House Press Secretary Jen Psaki, who he infamously asked what the media “gets wrong” when covering the Biden administration.

“And they wonder why they get no views,” Kulinski said.

“But it’s not even that,” Rogan replied. “They’re obviously being told a certain amount of what to do. And maybe he’d be an interesting guy if he had his own f—in podcast that you can rely on his own personality and be himself. I don’t know. I can’t imagine doing that gig.”