New Jersey radio host Joe Piscopo slammed the soft-on-crime politics from progressives on Wednesday, after the second NYPD officer was killed by a suspect in a domestic disturbance incident in New York City.

McNeil allegedly ambushed the officers, who reportedly responded to a call to the West 135th Street apartment made by his mother, Shirley Sourzes. McNeil later died of injuries sustained after a third cop shot him while trying to escape. Sourzes later told the New York Post she regretted calling the police after the two officers were killed by her son.

On “The Joe Piscopo Show,” Piscopo mourned the loss of Rivera and Mora, calling on politicians to finally abandon their left-wing, soft-on-crime policies, and praising New York City’s new mayor for making new efforts to stem the violent crime spike.

“We lost another NYPD officer last night – Wilbert Mora, who died days after that Harlem ambush,” he said, calling Mora a true hero. “This kid – 27 years old – for God’s sake, I am amazed that this happens, and it’s going to go from one day to the next, and I fear that nothing will happen.” 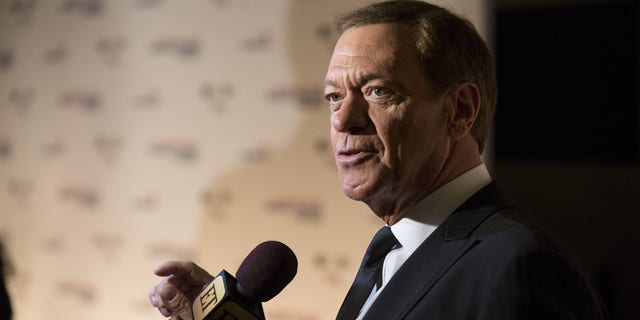 Comedian Joe Piscopo speaks to reporters as he arrives for the Mark Twain prize for Humor honoring Eddie Murphy at the Kennedy Center in Washington October 18, 2015. (REUTERS/Joshua Roberts)

“I can see [New York City] Mayor Eric Adams is trying to do something – he’s putting an anti-crime unit back in – but at this should have been planned out…  all of this should have implemented,” Piscopo said. “[M]y heart is heavy this morning – we lost another cop, and thank you to the police officers bold enough and with enough courage to put politics aside and still walk the streets.”

Piscopo, a former “Saturday Night Live” star, also blamed the media in part for the collapse of civil society in some parts of the country.

“The whole country is like just disintegrating before our eyes really, and we’re going to keep fighting, and we’re going to get there. The evil cannot prevail like it is,” he said, adding that some of the blame for rising the crime comes from the very top.

“The evil is out of Washington D.C. — the core of this evil that has just come across America, not to be too dramatic, but you see it, you know it. They put this puppet presidency – and who’s running the presidency, no one really knows — the press doesn’t have the guts to write anything about it. The press has no backbone at all anymore,” he said. 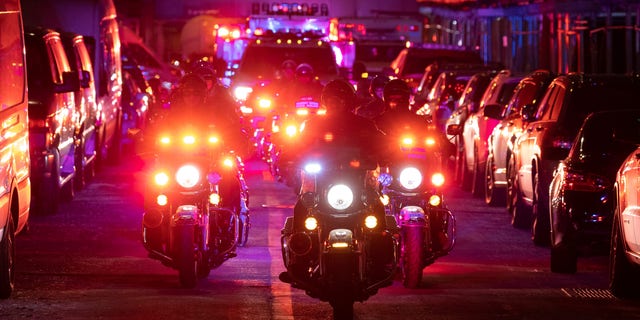 Piscopo said he hopes Adams, who is a former NYPD officer, is in serious discussions with progressive New York County District Attorney Alvin Bragg, who has been roundly lambasted for his soft-on-crime, decriminalization approach to prosecutions.

“[Bragg] says ‘you got to let criminals out on the street’. You know that’s his mantra. Let criminals go – which again, inflames these wackos; these killers,” he said. “He changed his tone a little bit yesterday. For the life of me, I don’t understand why Governor Hochul, the governor of New York, doesn’t remove this guy – she has the ability to shut him down.” 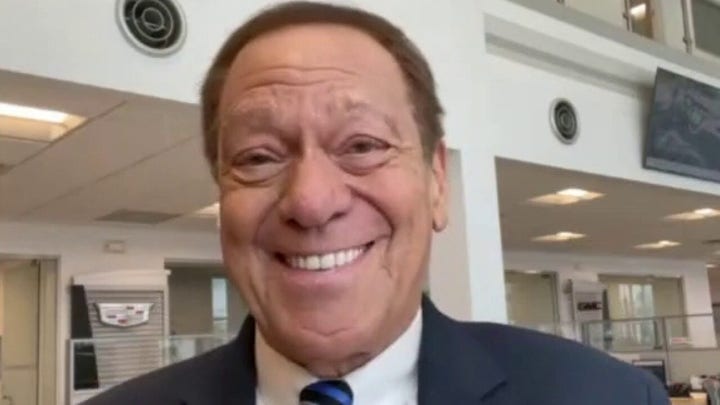 Piscopo highlighted other tragic shootings that he thinks are being underreported.

“What about Waukesha, Wisconsin? – This creep who just mowed down families, killed eight, including an eight-year-old, where we thought. Where is that story?” he said, referring to a tragic event last year in which suspect Darrell Brooks Jr. allegedly drove a car through a Christmas parade.