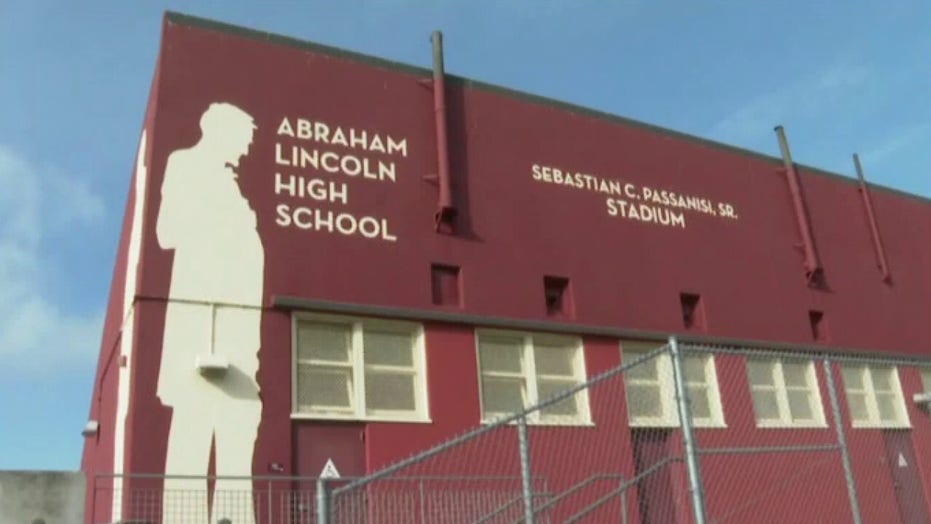 This Presidents Day would be the last one we celebrate if many woke ideologues on the Left had their way. It’s a terrifying thought, not just for people who like a good mattress sale but for the country as a whole. In the immortal words of Honest Abe Lincoln, “a nation that doesn’t honor its heroes cannot long endure.”

The revisionist war on our Founding Fathers that started with statues being toppled and monuments being defaced during last summer’s peaceful protests is a personal one for me. I named my son Lincoln in honor of our 16th president, inspired by his nation-saving exploits as well as a passenger I drove during my time as a New York City taxi driver:

One rain soaked afternoon in the fall of 2008 I picked up a cane-using, white-haired man who appeared to be in his late hundreds. After struggling to close the door he instructed me to take him to the corner of 54th and Broadway and spent the ensuing ride humming a song under his breath as I engaged in the vehicular combat that is Manhattan driving.

It wasn’t until we arrived at his destination that I realized he was visiting a gentlemen’s club on the north side of Times Square called “Flashdancers.” Sensing my astonishment as he got out of the cab he shrugged and said, “Remember, people without vices don’t have any virtues either – Abraham Lincoln.” He laughed a congested laugh, shut the door with his body and hobbled off to see some showgirls at 2 p.m. on a rainy Tuesday.

I’d never heard the Lincoln quote but the humility about his bad habits convinced me there was no better name for a kid who’d likely be saddled with my own social deviance and intellectual deficiencies.

Although at the time, my wife and I never dreamt that naming a child after the man who freed the slaves would ever be considered even remotely offensive to anyone. Fast forward 12 years and here we are, wondering if our son should start going by his middle name, OJ.

Jokes aside, the war on the man who won the Civil War is very real. The San Francisco school board recently voted to remove the names of 44 public figures from its buildings, including the Great Emancipator as well as the Father of Our Country, George Washington. The changes are part of the district’s self-described plan to “dismantle symbols of racism and White supremacy” that comes at a time when they still don’t have a plan to get kids back in school.

To be clear, I’m all for fighting racism and White supremacy but in this instance the only thing we’re fighting are the facts.

George Washington and Abraham Lincoln were two of the greatest men this country or any country has ever known. No, they weren’t anywhere close to perfect. None of us is, despite what the Instagram Filters might convince you. We honor them nonetheless because America would not be here today without their heroic efforts.

I’m not condoning Washington’s ownership of slaves because nobody can. But thankfully and by the grace of God society evolved, with the help of great men like President Lincoln, who sacrificed the lives of more than 360,000 troops, and ultimately his own, in an effort to end slavery and preserve the Union.

Unfortunately, today’s left does not celebrate virtues of the imperfect men who built this country, choosing instead to portray them as symbols of systemic oppression that flies in the face of reality.

The America we’re living in right now is the most tolerant and inclusive society the world has ever known. It clearly isn’t perfect but if you come from any type of historically marginalized demographic – gay, trans, Black, Latino – you are living in the Golden Age of YOU.

Removing Abraham Lincoln and George Washington from schools is crazy by any other name.

This empowering truth is strategically ignored by woke groups like the San Francisco school board because they aren’t in the market of inspiring kids to embrace the limitless possibilities of life in this country. Sadly, it often seems like they’re more concerned with combatting manufactured forms of grievance in an effort to demonstrate their own moral superiority.

Rather than acknowledging the monumental progress this country has made on race, they constantly invent new ways to demonize the America we were instead of cheering on the spectacularly diverse and inclusive America we are.

In a lot of ways the woke-sters have become figurative arsonists who set fires simply so they can put them out and garner praise and political power for doing so.

Unfortunately there are real consequences to these cultural conflagrations because we’ve taught an entire generation of kids an attitude of perpetual victimhood that denies them the determination and self reliance needed to be successful in the real world.

It was Abe Lincoln himself who said “always bear in mind that your resolve to succeed is more important than any one thing.”

It’s a factual statement, but if he said that today, chances are his refusal to push the left’s self-defeating message would end with us having two ex-presidents banned from Twitter.

The San Francisco school board isn’t teaching kids to succeed, or much else for that matter because their doors remain closed despite the Center for Disease Control’s insistence they can open.

Which is why if the woke faculty rooms were truly serious about helping kids, they’d go back to bed on this one. Removing Abraham Lincoln and George Washington from schools is crazy by any other name.