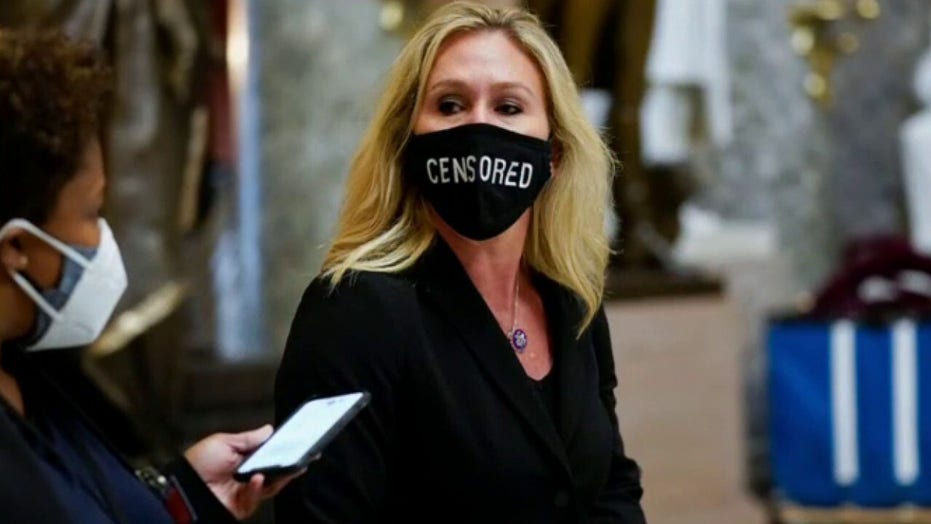 Rep. Jim Jordan, R-Ohio, accused Democrats of a double standard as they seek to strip Rep. Marjorie Taylor Greene of her committee assignments.

House Democrats introduced a resolution to remove the Georgia Republican from her seats on the education and budget committees over her earlier suggestion that school shootings could be hoaxes and embrace of other conspiracies. Sen. Mitch McConnell, the Senate minority leader, called these theories a “cancer” on the party.

Jordan told “Fox News @ Night” that he did not believe that Greene should lose her assignments. He said it is inappropriate that Democrats believe they can tell Republicans about how to dole out these committee assignments.

OMAR CALLS ON BIDEN TO BACK ‘RECURRING CASH PAYMENTS’

He also said that he thinks the public is growing tired of a double standard where Democrats try to paint Republicans as instigators. He pointed to how Democrats did little to speak out against the riots last summer. He did not mention anyone by name, but Rep. Ayanna Pressley, D-Mass., said in August that there should be “unrest in the streets.”

“Make the phone calls, send the emails, show up,” she said at the time. “You know, there needs to be unrest in the streets for as long as there’s unrest in our lives.”

Jordan made it clear that Republicans condemned last month’s riot at the Capitol, but said his party “also condemned everything that happened last summer.”

A proposed GOP-backed amendment to the measure calling for Greene’s ouster calls for Rep. Ilhan Omar, D-Minn, to be removed from her committee assignments “in light of conduct she has exhibited,” Fox News congressional correspondent Chad Pergram reported.

In the amendment, Republicans argue that Omar has made anti-Semitic comments that are grounds for dismissal.