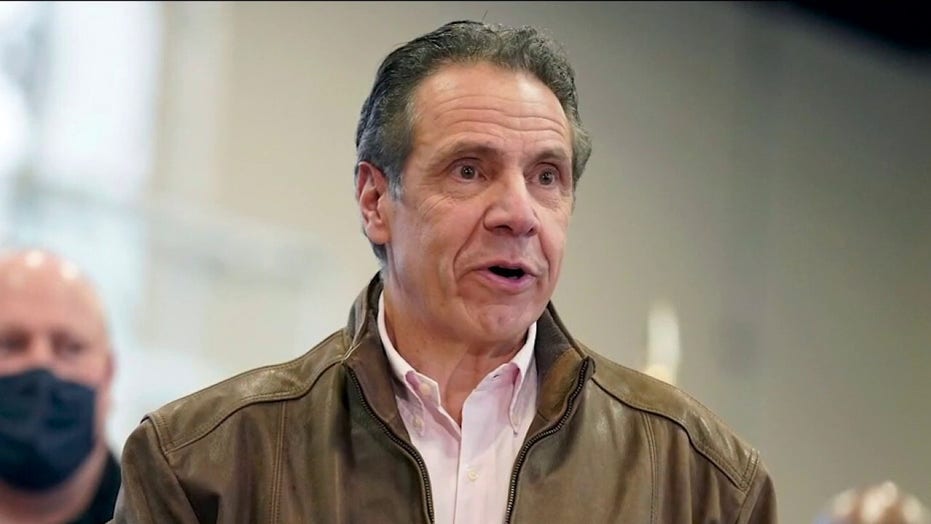 Cuomo denies inappropriate touching, says he was being ‘playful’ amid allegations

CNN reporter Jim Acosta on Friday appeared unwilling to address sexual harassment claims against New York Gov. Andrew Cuomo when asked by The Federalist’s Davis Marcus to comment on them.

It comes as CNN continues to face a credibility crisis over an unprecedented push to downplay and deflect from the Democrat’s controversies, with the far-left network giving its developments little to no airtime — and giving Chris Cuomo free rein to conduct friendly, comical interviews with the scandal-plagued governor.

A video shared on Twitter shows Marcus barging into an interview Acosta was conducting at the Conservative Political Action Conference (CPAC).

Marcus can be heard asking Acosta why his network is more interested in covering Sen. Ted Cruz, R-Texas, flying to Cancun, Mexico rather than the sexual assault allegations or the nursing home scandal.

The pair have a back-and-forth, with Acosta insisting that they are covered those stories, with Marcus repeatedly telling Acosta: “No you’re not.”

When Marcus asks what he thinks about Cuomo, Acosta appears to pivot, saying vaguely: “I’m here to do a job right now.”

When Marcus asks, “What do you have to say about Cuomo,” Acosta appears hesitant to speak. 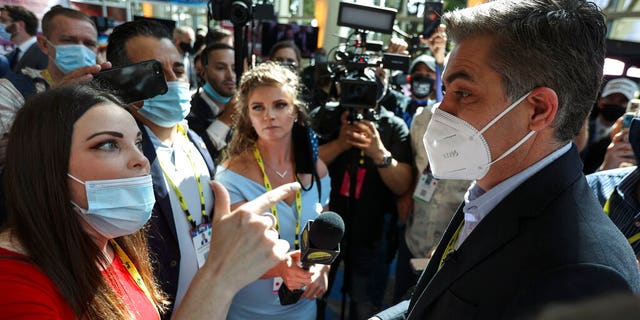 CNN’s Brian Stelter was forced to address the sexual harassment allegations plaguing his colleague Chris Cuomo’s brother after his network was called out for delaying coverage of the New York governor’s first accuser.

On Sunday’s installment of “Reliable Sources,” Stelter drew much of the focus on the bombshell report from The New York Times that outlined claims against Democratic New York Gov. Andrew Cuomo from former aide Charlotte Bennett, which CNN covered on-air earlier in the day after the story was published Saturday evening. However, Stelter avoided the essay published earlier in the week written by Lindsey Boylan, which CNN ignored for nearly 24 hours after she went public with her allegations.

New York Gov. Andrew Cuomo acknowledged for the first time Sunday that some of his behavior with women “may have been insensitive or too personal,” and said he would cooperate with a sexual harassment investigation led by the state’s attorney general.

In a statement released amid mounting criticism from within his own party, the Democrat maintained he had never inappropriately touched or propositioned anyone. But he said he had teased people about their personal lives in an attempt to be “playful.”

“I now understand that my interactions may have been insensitive or too personal and that some of my comments, given my position, made others feel in ways I never intended. I acknowledge some of the things I have said have been misinterpreted as an unwanted flirtation. To the extent anyone felt that way, I am truly sorry about that,” he said.

Cuomo, one of America’s most prominent governors, is facing the most serious challenge of his decade in office following claims he sexually harassed at least two women who worked for him. Democrats in New York and around the nation aren’t rallying to his side, leaving him increasingly isolated from traditional allies.

Related News:
Business News:
Dogecoin vs SafeMoon: Is Dogecoin sinking? Latest price, stats and trading information
China to ‘dominate’ crypto economy as US and EU ‘asleep at wheel’ with digital currency
Dogecoin price prediction: How much money can you make on Dogecoin?
You may have to pay back some of the new $3,000 child tax credit
Reporter: Attorney couldn't snap Chauvin out of his gaze
Recent Posts