Bosses who intimidate and humiliate staff have been put on notice, as management experts say companies and employees are losing tolerance for workplace bullies. 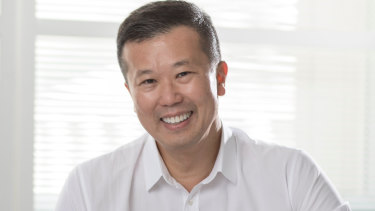 James Hardie’s Jack Truong has been dumped by the board after just three years in the role.Credit:

Mr Truong’s sacking, which triggered a $1 billion fall in the company’s market value, follows the departure of CEOs from ASX-listed groups Oil Search, Cleanaway and Polynovo in the past year after concerns were raised internally about their management style.

Natalie James, a former Fair Work Ombudsman who now leads Deloitte’s Workplace Integrity Team, said the “Me Too” movement highlighting sexual harassment and misconduct in recent years – which has also led to a number of high-profile CEO resignations and rocked federal parliament – had sparked a broader rethink of what was acceptable in the workplace.

“The heightened public debate about sexual misconduct has also extended into other conduct, particularly bullying because often the two come together,” said Ms James, who was speaking in general terms and not specifically on any company or executive.

Ms James said many employees previously tolerated intimidating and humiliating behaviour from their managers because it was “just the way things are around here”. 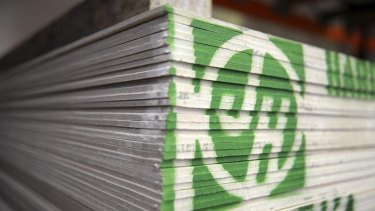 “Now people, particularly younger people, are saying: that’s not OK by me and I have choices, and I’m not going to work in a place where this is how things are done,” she said. “There has been that moment where people have reflected on conduct that was perhaps normalised or considered banal in the past and now it is being recognised as harmful.”

Mark Schmitt, who runs the workplace mental health consultancy Thrive In Work, said bullying remained “rife” in corporate Australia, but agreed it was becoming less accepted as companies realised workers would underperform and eventually leave if they failed to provide “psychological safety”.

“Our expectations of how we are treated are changing, and it’s obviously changing for the better,” Mr Schmitt said.

While civil lawsuits over bullying and psychological harm were common, Mr Schmitt said it would take workplace safety regulators to start prosecuting more of these cases for employers to treat the issue with the seriousness it deserved.

“It’s around, first and foremost, reputation and it’s also around talent retention in this age when people want to see purpose and value in their work,” she said.

James Hardie shares fell as much as 11 per cent on Friday before closing 4.1 per cent lower at $51.54 after it announced the departure of Mr Truong, who had been CEO since February 2019. The fall was despite the company upgrading its net earnings guidance for the year ending in March from an upper range of $US600 million ($835 million) to an upper range of $US625 million ($870 million).

James Hardie said employees had raised concerns about Mr Truong’s behaviour, which was not discriminatory but which was disrespectful and included using fear and intimidation towards colleagues which breached the company’s code of conduct.