JAGUAR makes gorgeous sports cars that go so fast, people don’t get a chance to admire them.

To solve this blink-and-you’ll-miss-it problem, Jaguar made an absolutely enormous car called the F-Pace. 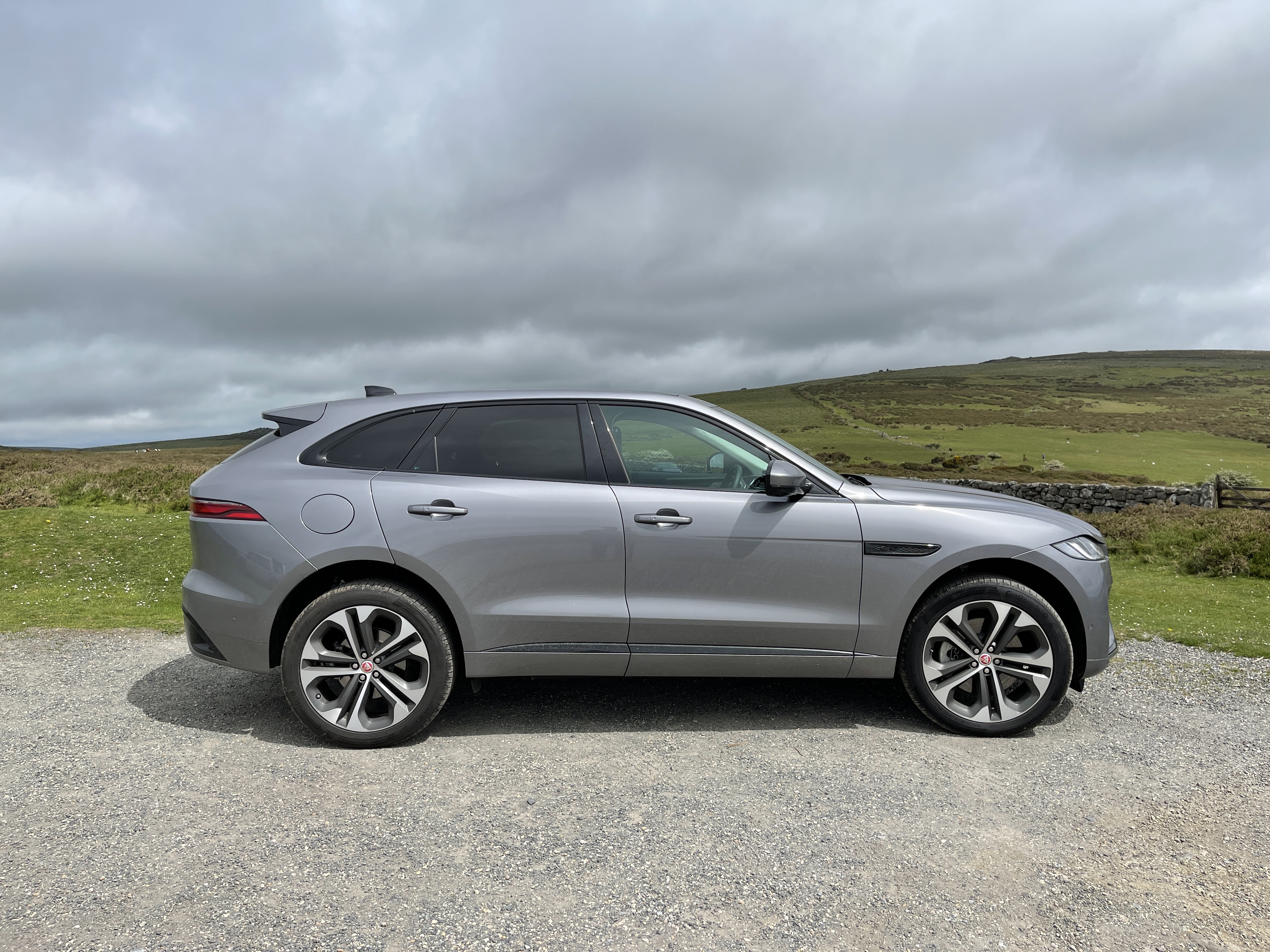 It’s an SUV that’s been turning heads the world over since 2016, and is now a staple of mid-range luxury like a Range Rover Velar or Audi Q7.

I reckon it’s one of the best-looking cars on the road (topped, of course, by the even steamier Jaguar F-Type).

But behind those good looks is a world of tech only rivalled by your local Apple store, or Elon Musk’s basement.

I spent a week driving the 2021 F-Pace P400e R-Dynamic HSE around Cornwall and Dartmoor to get my head around this mobile gadget bonanza. 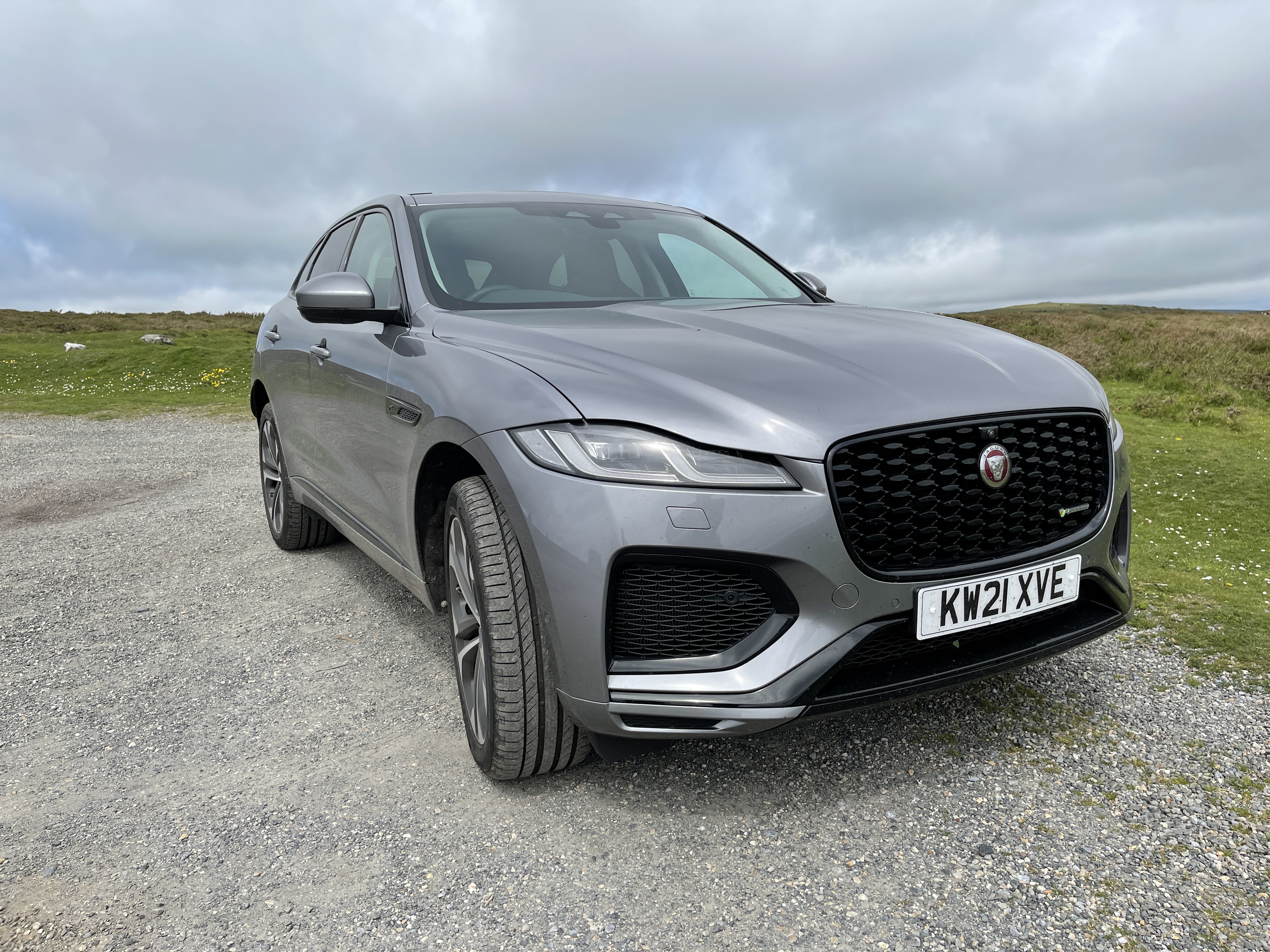 For a start, this particular model is a hybrid – with a two-litre engine backed up by a nippy electric motor.

This combo pushes the F-Pace from zero to 60mph in about five seconds. Not bad for a car that weighs just shy of two tonnes.

It’s a Jaguar, so that speed isn’t a surprise.

But you do expect it to be a nightmare on fuel, and it’s absolutely not.

Jaguar says it’ll get up to about 130mpg, which is bonkers – and won’t be possible on long journeys without frequent charging.

But it definitely felt like one of the more fuel-efficient SUVs I’ve driven.

Better yet, loads of supermarkets and shops let you charge your EV for free (albeit at a snail’s pace). 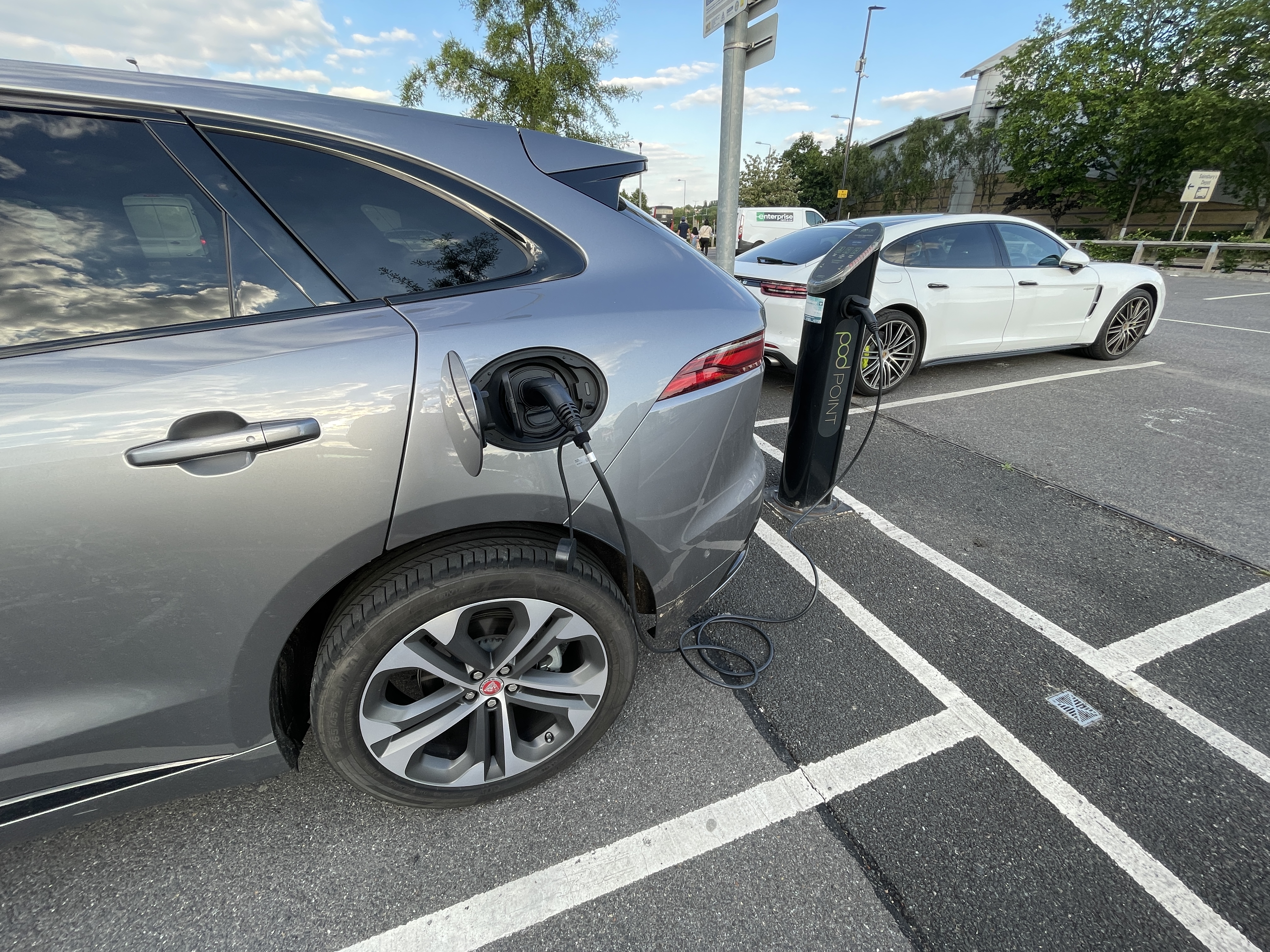 You can easily juice up to full while doing the weekly shop at Tesco. That’s a range of about 30 miles – so you can drive for free a lot of the time.

And that’s handy given the model I tested costs nearly £70,000. Every little helps…

That manifests itself as a large and highly responsive 11.4-inch touchscreen.

It floats ghost-like above the centre console, offering up all manner of options.

If you’ve got an iPhone, you can use Apple CarPlay (and I did about half the time, because it’s brilliant).

But the standard system is great too, with loads of controls over system settings, sound, car functions – and a top-tier sat nav with the best-timed speed camera warnings I’ve ever seen.

The parking system is brilliant, with handy virtual reversing lines to guide you into a space. 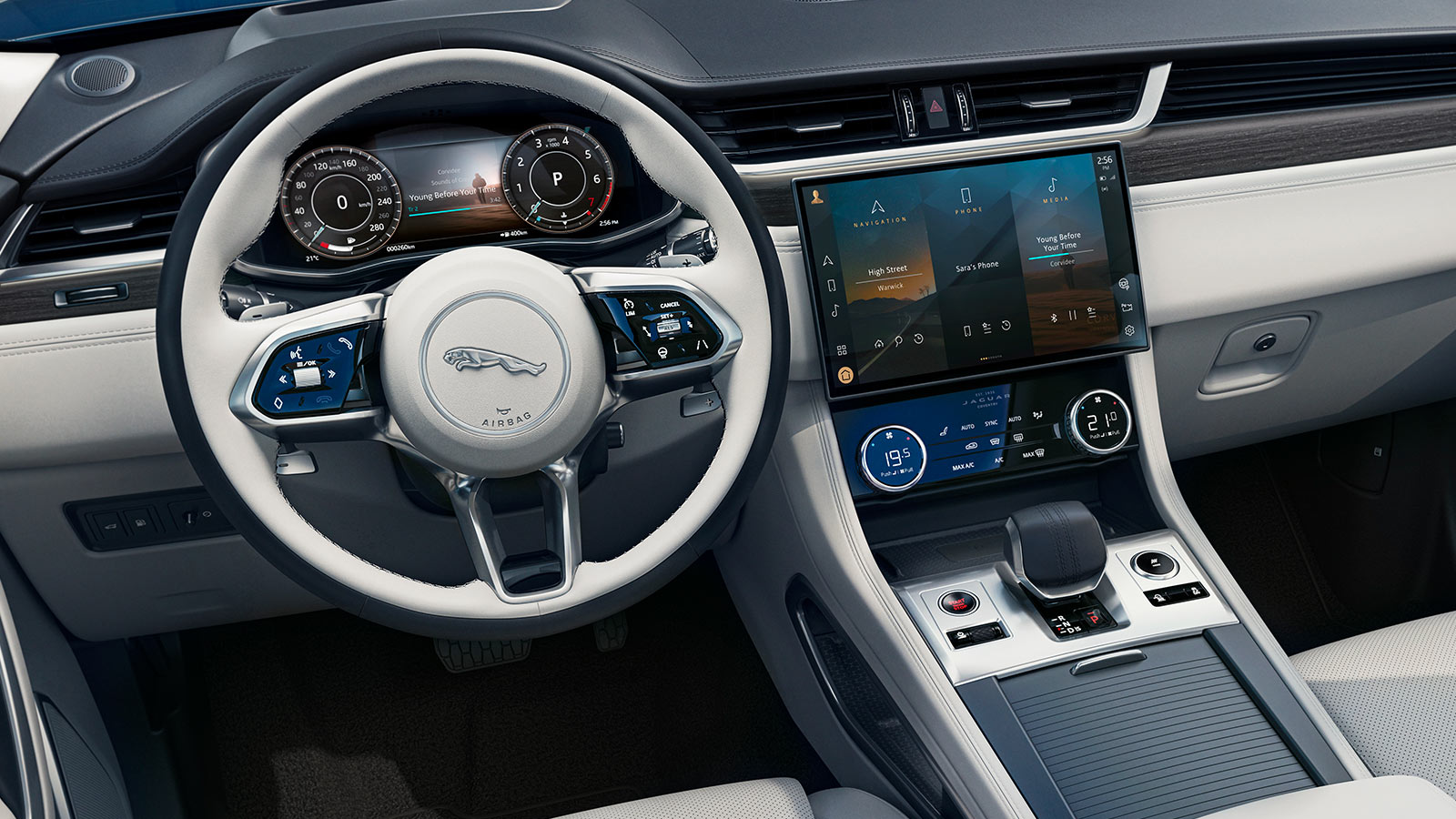 And there’s a top-down view to make sure you’re not smashing into trees, trolleys or nosy Jag enthusiasts.

I usually find these systems annoying and sod them off for good old-fashioned wing mirrors.

You flick it to a set speed, and it’ll try its best to reach that speed. If a car is in the way, it’ll match the speed, accelerating and braking to maintain a safe distance.

There’s also lane assist, a blind-spot blinker on the wing mirror to warn you before lane-changes, and a high-beam assist to stop you blinding oncoming cars.

Basically, there’s loads of stuff that handles the boring bits for you – so you can focus on the driving. 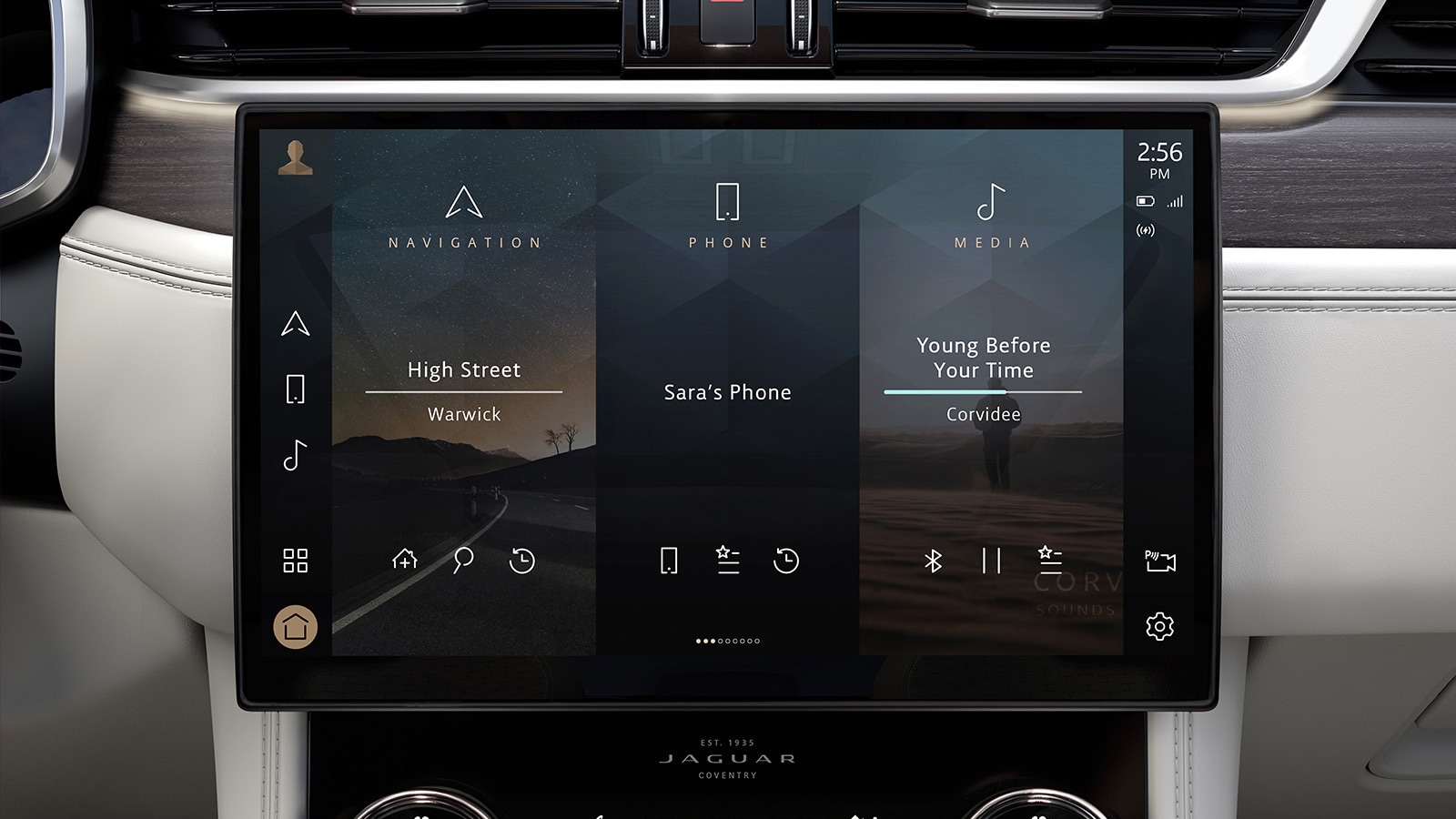 One particularly handy tool is the collision warning, which will blast a loud alert if it thinks you’re about to smash into a car.

I had this happen by mistake once, when it thought I was driving straight into a car waiting at a give-way on a sharp corner.

But though it might occasionally annoy you, it could also save your life. Or at the very least, avoid. a hefty insurance fee.

In fact, you want it to annoy you. It means it’s working. Like a fire alarm or the siren of a speeding ambulance, we learn to love it.

You’ve got all the usual mod-cons, of course.

That’s great, but my favourite tech trick were the quick-fold wing mirrors.

I had them popping in and out almost constantly on some tight Cornish lanes, where an inch or two made all the difference. 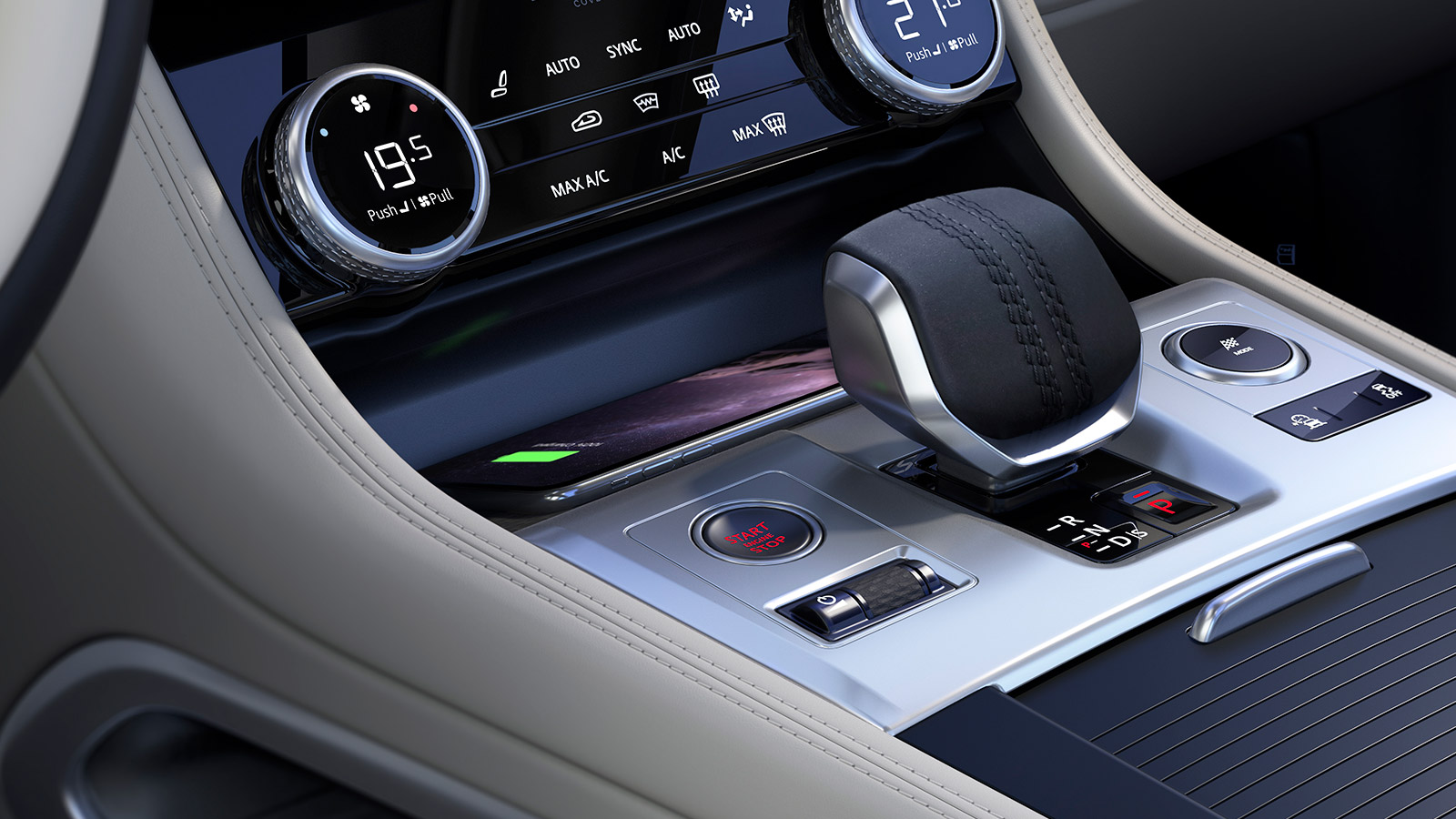 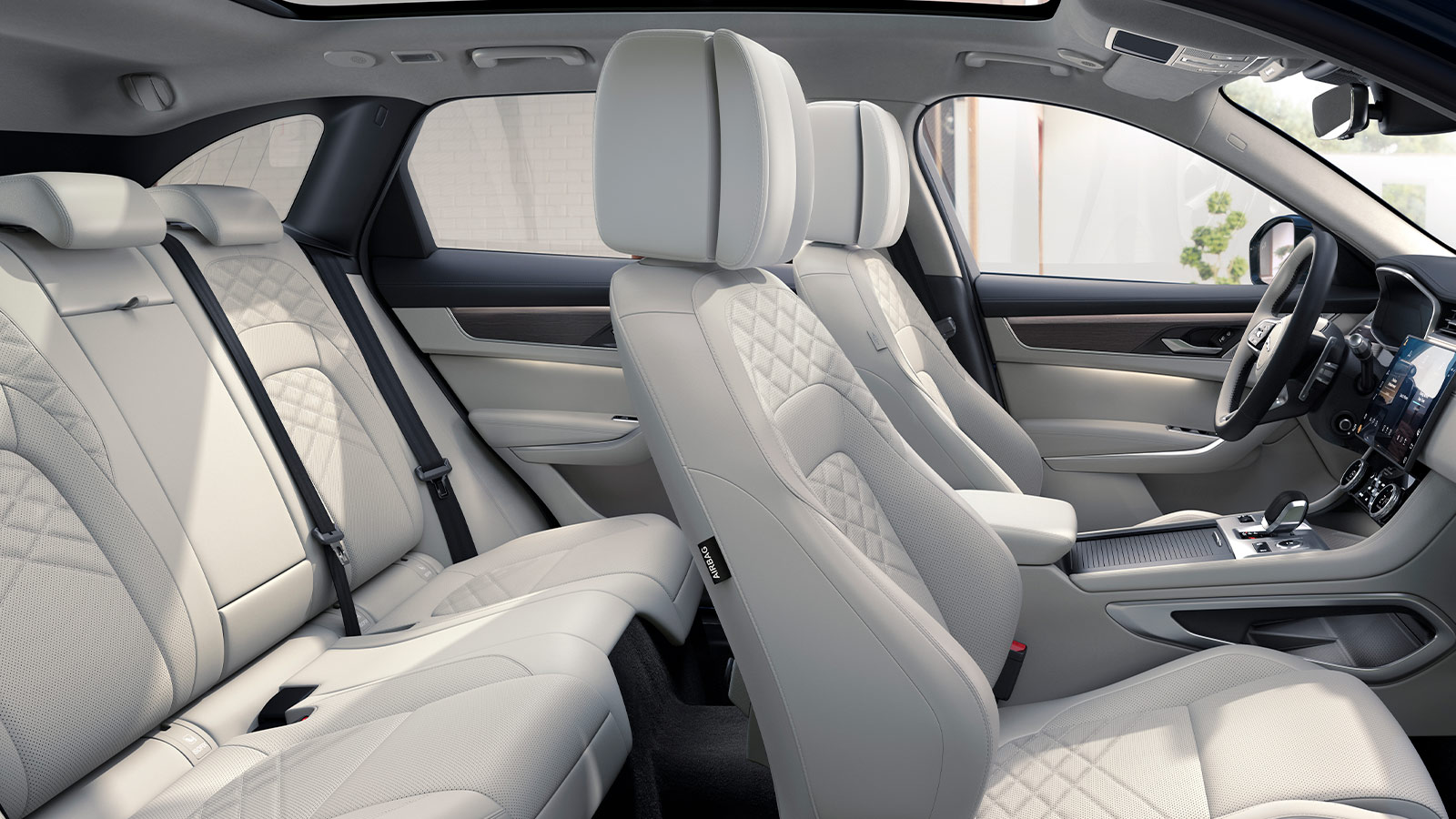 Given that the Eiger Grey paintjob cost £740 as an extra, I was keen not to scrape any part of the Jag against the endless convoy of vans shuttling between coves.

The seats are electronic, and can be wiggled in just about every direction.

That includes a near-horizontal position I’m calling “nap mode”. Not for use while driving, mind you.

You can heat and cool the seats too, which was great as our trip to Cornwall was half Costa del Sol, half Siberia.

I know it was really comfy because we drive down south every summer, and I’m usually miserable on the A303 stuck behind the Stonehenge gawkers – but this time I wasn’t.

Instead, I sat back, relaxed, and let the whomping Meridian sound system pump the Lord of the Rings soundtrack deep into my soul.

You’ve got easy controls for treble, bass and a thump-tastic subwoofer built into the PIVI Pro. 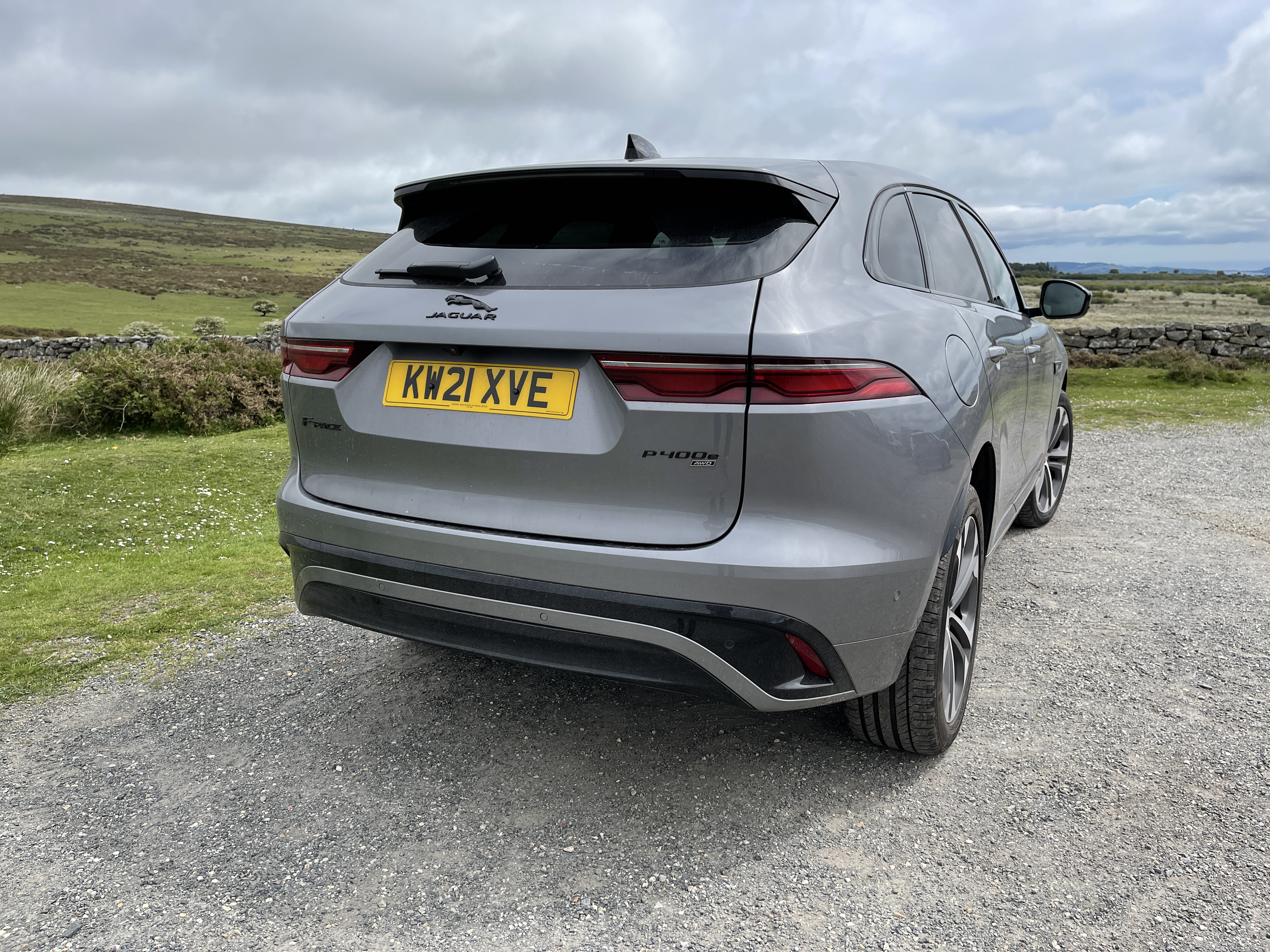 Sometimes it feels like cars are all merging into one.

Hatchbacks are ballooning in size, many now effectively SUVs.

SUVs are getting sportier, reaching phenomenal speeds with breakneck acceleration.

And sports cars are getting bigger too – just look at the family-sized, road-gobbling Porsche Panamera.

In some ways then, the Jaguar F-Pace is already the perfect car. The ultimate middle-ground of style, speed and Inspector Gadget interiors.

Did I mention the free charging at Tesco?

In other news, Audi’s A6 e-tron promises a whopping 436-mile range.

The new Porsche Panamera has “night vision” and even does Shiatsu massages.

And Nissan has created an "eco lullaby" that soothes babies in electric cars with the "sounds of combustion engine".