AGL investors are clamouring for more details from the energy giant on how it will finance the $20 billion decarbonisation of the business, as labour shortages and supply chain issues threaten it’s earlier than expected exit from coal.

AGL, one of the country’s largest electricity generators and retailers, on Thursday announced it would shut its coal-fired power plant in 2035, a decade earlier than planned, and pump $20 billion over the next 12 years into clean energy to meet shareholder demand for urgent climate action. 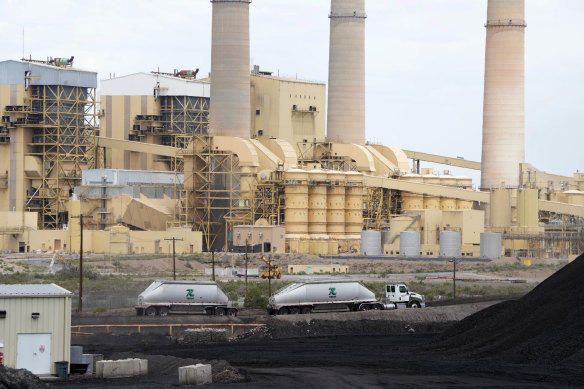 AGL will exit coal a decade earlier than previously planned.Credit:Bloomberg

Interim chief executive Damien Nicks told this masthead on Friday that there was plenty of capital available for green projects.

“There is a huge demand from investors and lenders to invest in renewable and clean firming assets and we are highly confident that the markets will support our plans, which represent a compelling opportunity to participate in the energy transition,” Nicks said.

“In our discussions since we released the outcomes of our review of strategic direction many of our investors and lenders have already expressed strong support for our growth plans.”

“We expect our plans will address the various ESG concerns and will ultimately provide access to a wider pool of capital sources,” he added.

AGL met with investors on Thursday and Friday following the release of its long-awaited strategic review of the business, which was initiated after tech billionaire Mike Cannon-Brookes scuttled the planned demerger of its coal-fired power stations from its retail arm earlier this year.

Van Eck portfolio manager Jamie Hannah said the strategic review looked good, but there were still questions about the specifics of financing the transition plan.

“I think it’s what the market expected, but the capital required to roll out the transition will be the determining factor for its success. From that perspective, it’s a critical element,” he said.

“The financing is the one piece that could cause issues in a strategic review. It’s essential for them that to implement the strategic review findings, they have the financing in place. So for them, it needs to be worked out, and they need to do it in an efficient manner that’s not going to drain on their underlying profits.”

He doesn’t believe AGL will struggle to raise the capital, but noted the financing rates they would have to pay in the current environment could be “excessive” and they will have to partner with someone who can roll out the renewable energy builds in a very short period of time.

“There are obvious risks associated with building vast amounts of renewable energy, when other sectors of the economy are aiming to do the same. Excellent supply chain management, experienced staff and good leadership will be required for its success,” he said.

James Gerrish from Shaw & Partners, which recently bought AGL stocks, also believed AGL should be able to source the capital.

“I think there’s a lot of capital out there looking for a home to stack up economically but also encourage renewables. If they put forward a credible plan, I don’t think they will have the issue of raising capital,” he said.

Lane Crockett, the executive director of clean energy solutions at Sentient Impact Group, which represents a group of investors with a combined $50 million worth of AGL shares, welcomed Thursday’s announcement and said they were looking forward to “hearing more detail”, as did the Investor Group of Climate Change (IGCC), which represents investors with total funds under management of over $2 trillion.

IGCC chief executive Rebecca Mikula-Wright said there was an appetite within the investment community to pour capital into renewable projects, and this week’s announcement had shown AGL has listened to investors.

“The appetite is incredibly strong. I think investors have been asking for this, which indicates there’s no lack of capital with Australian investors or international investors,” she said.

However, Mikula-Wright said there could be some issues rolling out mass renewables given the global rush to transition to clean energy, combined with supply chains problems. 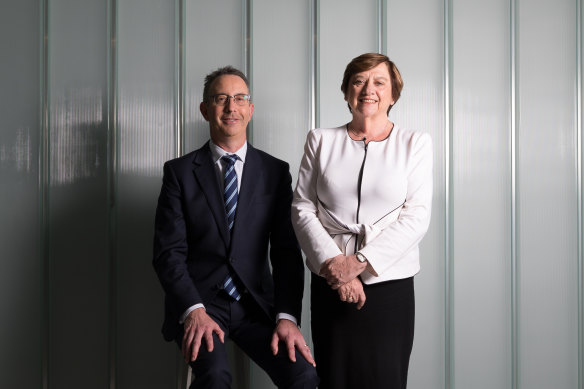 Morningstar analyst Adrian Atkins said that in the short-term, skilled labour and material shortages would be more of an issue for AGL than raising capital.

“The whole world is trying to do this same strategy of building lots and lots of renewable energy. We’re not the only ones,” he said.

“Plus we’ve got shortages in supply because of what’s going on in China with the COVID lockdowns, and in Europe there are a lot of manufacturing shutdowns with the energy crisis. There are shortages of components. And then there’s very strong demand to buy them, so it’s not entirely clear how quickly we can bring on this supply,” Atkins added.

In a note, UBS analyst Simon Mitchell said he expected further detail on AGL’s planned capital structure and financing strategies when new executives are appointed, and said he remained neutral on the stock given the uncertainty around key executive roles and future capital structures.

However, Morgans analysts noted while there was a lot of specific investment detail yet to be bedded down by AGL, it shouldn’t have too much trouble sourcing capital. Credit Suisse has upgraded AGL’s stock from neutral to outperform, noting that it remained strategically valuable to partners looking to invest in the energy transition.