ARCHAEOLOGISTS think they've uncovered a murder victim from the Iron Age at a farm in the UK.

The gruesome discovery was made amongst other major finds as experts work on the HS2 railway project in Buckinghamshire. 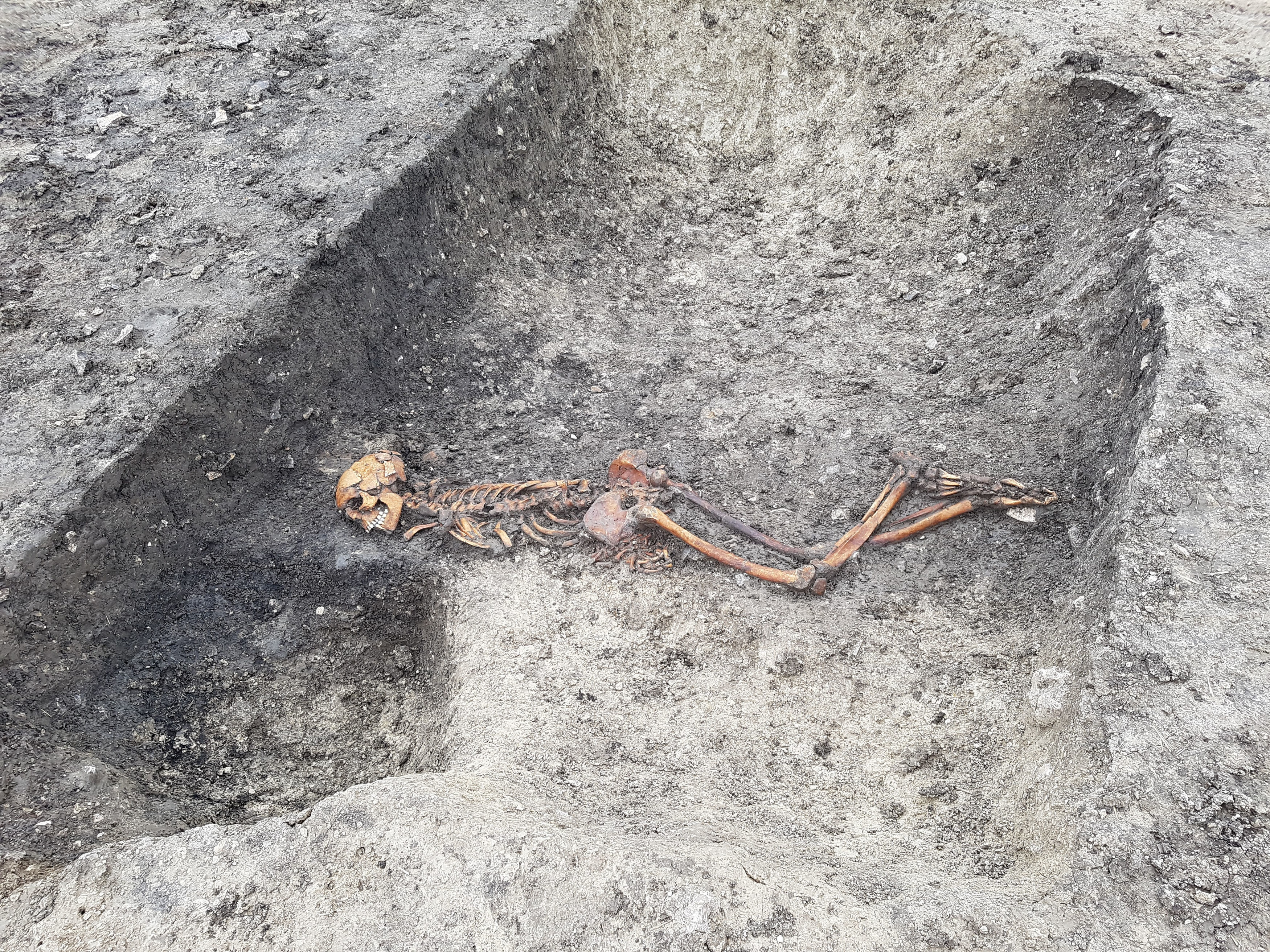 The HS2 project is the biggest rail project in Europe.

The high speed rail line will increase capacity on Britain's railways – aiming to cut journey times and giving passengers a place to sit with thousands of extra seats every day.

However, creating a rail line like this requires digging up large areas of countryside and archaeologists are used to check no archaeological remains are destroyed in the process.

This is how experts ended up unearthing the skeleton of an adult male at Wellwick Farm near Wendover. 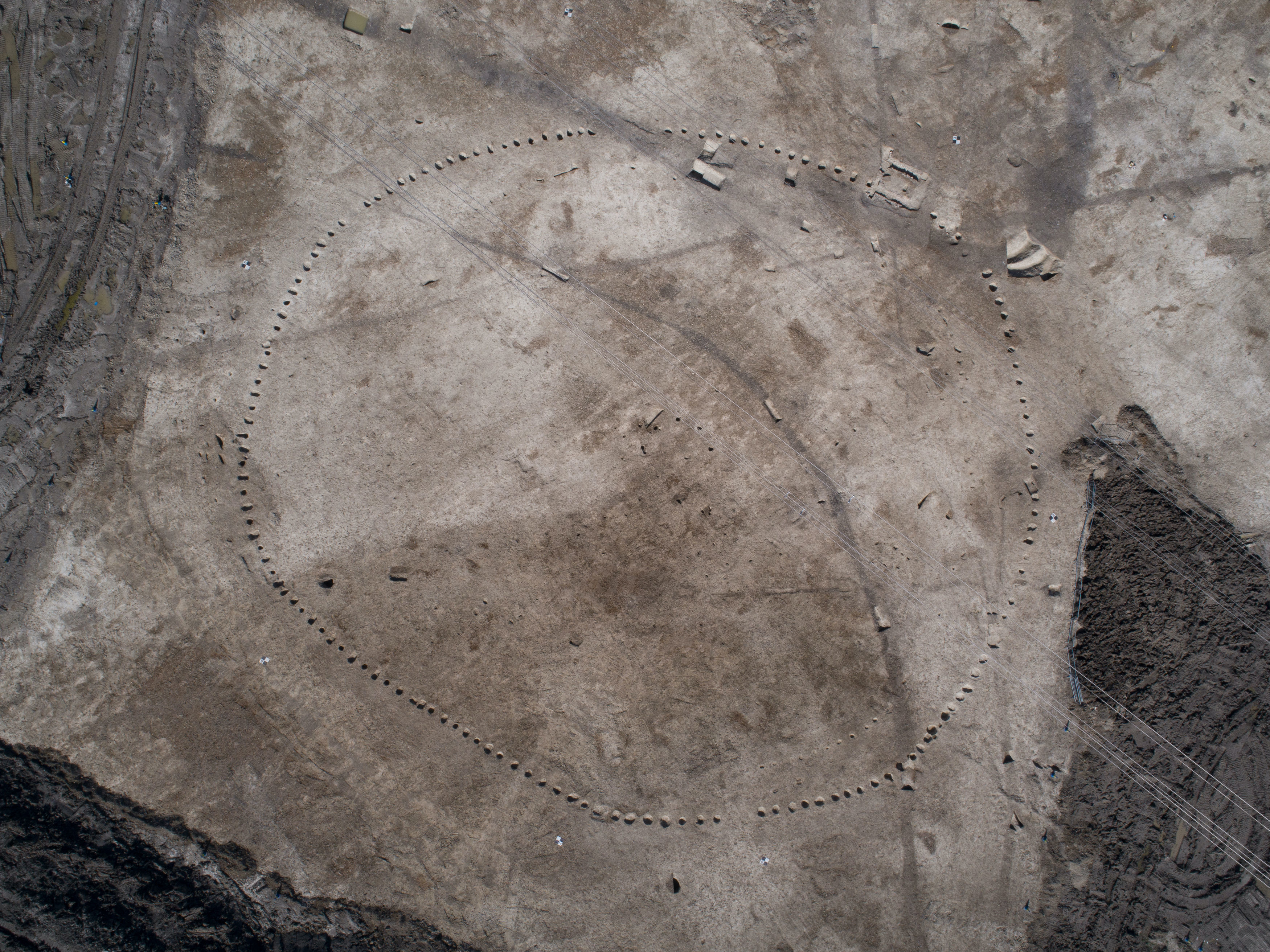 They found him lying face down in a ditch with his hands tied.

The skeleton has been dated back to the Iron Age, making it over 2,000 years old.

Its hands were bond together and placed under his pelvis.

This strange burial position and the ditch location has left experts thinking the man was either murdered or executed. 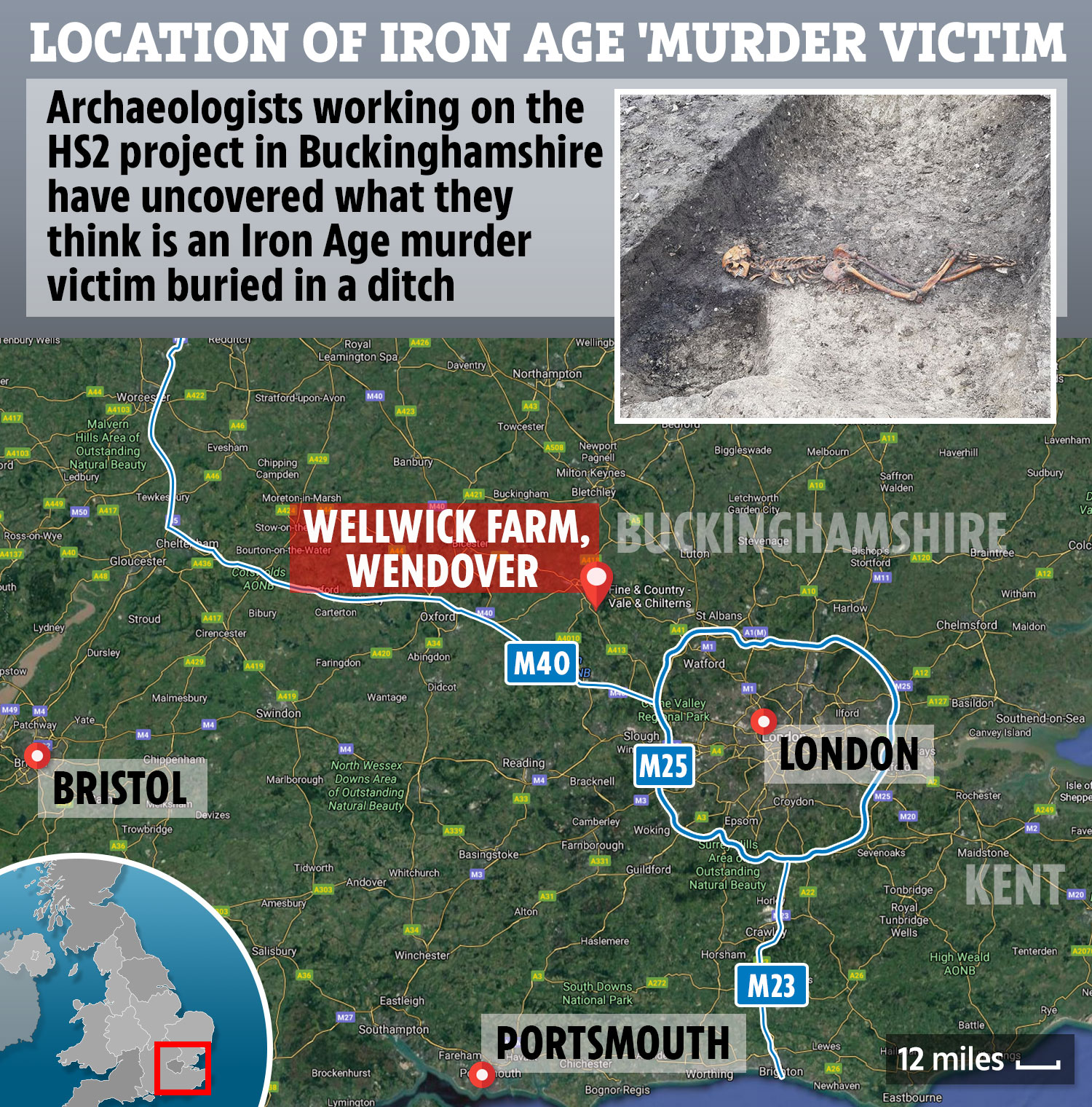 Archaeologist Dr Rachel Wood said: "The death of the Wellwick Farm man remains a mystery to us but there aren’t many ways you end up in a bottom of a ditch, face down, with your hands bound.

"We hope our osteologists will be able to shed more light on this potentially gruesome death.

The experts have found lots of other evidence of human dating from the Neolithic to the Medieval period.

To the west of Wendover they discovered a large circular monument made of wooden pieces.

It's said to be similar to Stonehenge and is 65m in diameter.

Some of its features align with the winter solstice, indicating it could have been used for ritual purposes.

Wood said: “The large wooden ceremonial structure at Wellwick Farm helps bring alive the fact that people lived, worked and died in this area long before we came along."

The world's most gruesome ancient burials

Here's some of the most haunting archaeological discoveries ever made…

In other news, hidden silver treasure from WW2 has been unearthed at a 600-year-old castle used by Nazis.

remains of a suspected 'Amazon warrior' have been identified as a girl no older than 13 years old.

And, a decapitated skeleton buried in an kneeling position has been discovered in central China.

What do you make of the Iron Age 'murder' discovery? Let us know in the comments…