SEXTING warnings will be sent to parents of children who have an iPhone or iPad that is sending or receiving explicit images.

Apple also announced that it will report images of child abuse found in iClouds to law enforcement. 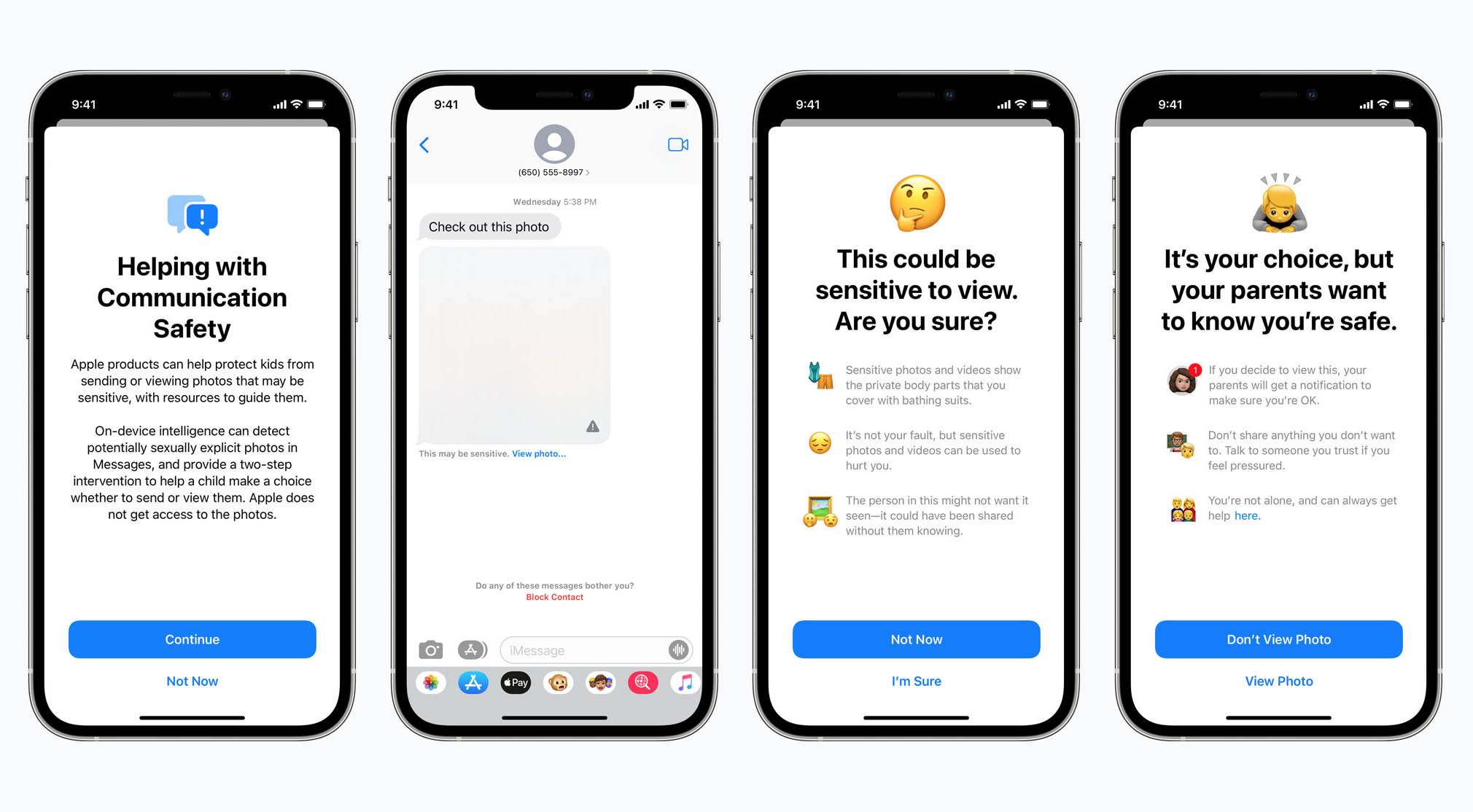 The new safety measures to protect children will initially roll out to Apple customers in the US.

There are plans for the features to come to the UK and the rest of the world at a later date.

Apple hopes its plan will limit the spread of child sexual abuse material.

The tech giant will scan the iPhone Messages app based on the age of the person who has set up an account on the device.

A parent will also need to be linked to the account to receive warning messages.

Apple explained: "The Messages app will add new tools to warn children and their parents when receiving or sending sexually explicit photos.

"When receiving this type of content, the photo will be blurred and the child will be warned, presented with helpful resources, and reassured it is okay if they do not want to view this photo.

"As an additional precaution, the child can also be told that, to make sure they are safe, their parents will get a message if they do view it.

"Similar protections are available if a child attempts to send sexually explicit photos. The child will be warned before the photo is sent, and the parents can receive a message if the child chooses to send it."

Apple will also be checking if photos saved to any iCloud are images of child abuse.

The company will use a tool called neuralMatch to detect known images of child sexual abuse and will scan such images before they are uploaded to iCloud.

If the system finds a match, the image will be reviewed by a human.

Once child pornography has been confirmed, the user's account will be disabled and the National Center for Missing and Exploited Children notified.

Child protection groups have praised these moves but some cybersecurity experts have concerns.

Matthew Green, a top cryptography researcher at Johns Hopkins University, said: "This is a really bad idea. These tools will allow Apple to scan your iPhone for photos that match a specific perceptual hash and report them to Apple servers if too many appear.

"The ability to add scanning systems like this to end-to-end encryption messaging systems has been a major ask by law enforcement the world over.

"This sort of tool can be a boon for finding child pornography in people’s phones. But imagine what it could do in the hands of an authoritarian government."

Apple has said the tools are designed with user privacy and safety in mind and photos in your photo album won't be scanned.

In other news, Facebook has launched new "prayer tools" which offer US megachurches the chance to raise funds and listen to prayer requests.

Samsung has teased a glimpse of the design for its highly anticipated Galaxy Z Fold 3 smartphone.

And, the next iPhone will come in a new pink colour and start at just under £800, according to recent rumours.