Potential Xinja investors were told the company would surpass $100 million in profit within five years and expand globally, despite the fallen neobank's losses multiplying since inception.

A confidential investor presentation, obtained by The Age and Sydney Morning Herald, made forecasts that Xinja would be in the black within two years and post $138 million in profit by fiscal 2026.

Xinja’s financial records show its losses have multiplied since it launched three years ago and auditors have consistently warned of insolvency risks. In 2018, the company reported a loss of $6.5 million, which subsequently increased by more than five-fold to $35.8 million this year. 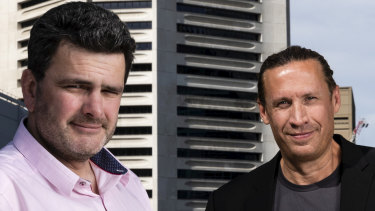 The investor presentation, circulated by Byron Bay consulting firm First Penny Investments' staff, claimed Xinja had "multiple pathways" to expand its "cutting edge" technology to the US, UK and south-east Asia and said the company would open in a "second territory" by the end of 2021.

"Australia provides Xinja with a profitable and strongly regulated banking sector in which to prove its technology capabilities, generate strong earnings, and rapidly deploy and test technology innovations for markets around the globe," it said.

However, Xinja's investor update from October made no mention of global expansion plans and the company had previously told retail shareholders it was focusing on building its Australian operations after reports flagged Malaysia and India operations could be on the cards.

"Actually this is a bit of a furphy. We’ve got no plans to expand into Malaysia or India specifically. We’re still trying to expand into Australia!", Xinja said in January in a since-deleted community forum.

The investor presentation said Xinja's revenue could be even higher than the nine-figures predicted within five years when Xinja could charge "referral fees" after it launched financial products in insurance, superannuation, investment, wealth and robo-advice.

Investor Brett Caldwell, who bought into Xinja's capital raise in mid-2018, said he regularly engaged with the company's shareholder groups but had never heard of any plans from Xinja to expand into these industries.

"The only ones I’ve heard them talk about is Dabble, the share trading platform, and also a neobank consulting business, we all had a bit of a laugh at – if you’re going to take advice of how to do a neobank, you wouldn’t really choose Xinja," Mr Caldwell said.

The investor document, first circulated in April, also provided an update on the $US250 million ($331 million) lifeline payment from Dubai's World Investments group, claiming it had been held back due to regulatory delays but should materialise in August this year.

"None of the parties believe there is any reason to suggest full approvals will not be forthcoming."

That money ultimately never arrived and Xinja has since closed all bank accounts and is in the process of returning deposits to customers.

Xinja said in a statement that it did have aspirations to expand its products and global footprint "but not in the short term which was the time frame covered by the roadmap".

First Penny Investments staff were encouraged to invest hundreds of thousands of dollars in Xinja through the company's own fund, the MPP Fund, which would be an investment vehicle to fund start-ups.

First Penny Investments chief Michael Gale said the investor presentation was not made by his company. "I therefore can’t comment on the veracity of the data in it nor the reliability of your source."