One of the three “instant” delivery apps trying to take a slice of Australia’s $100 billion annual grocery market has collapsed, in a marker of headwinds facing start-ups that require huge and regular cash injections to have a chance at reaching profitability.

Send, which had raised much less money than competitors Voly and Milkrun, went into administration on Tuesday, putting the jobs of its 300 employees across Sydney and Melbourne at risk. Its website is inaccessible and sign-ups to its app appear blocked. 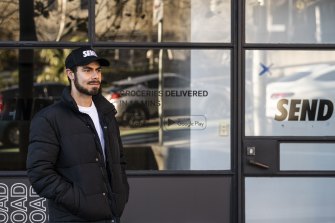 The trio of grocery delivery businesses with similar branding appeared during the pandemic, offering a core range of supermarket items delivered within 10 or 15 minutes for prices no higher than the average corner store.

Each competed for customers with expensive tactics: cheap prices, low or no delivery fees, and barrages of marketing in inner-city neighbourhoods that sometimes seemed covered in billboards and leaflets. Milkrun, started by founder of mattress and homewares company Koala, announced it had raised a $75 million round early this year. Voly said it had taken in $18 million late last year. Send had raised about $11 million all up, its founder Rob Adams said.

He blamed Send’s demise on global factors that made it much harder to raise money, from the war in Ukraine and sharp falls among listed technology stocks to scrutiny from investors about how capital-intensive the rapid grocery delivery business is.

“We raised with relative ease in October 21 but the position in April was a totally different story,” Adams told The Sydney Morning Herald and The Age via email. “So all companies who are potential acquirers have limited ability to raise capital, have been devalued and will need to raise at lower valuations to support future operations.”

But Adams, who praised his staff, remains bullish about the overall sector in Australia, saying it could be profitable and there was interest from many parties, including competitors and large retailers, in buying Send.

“I can see strong synergies in a lot of those instances,” he said.

In a statement, administrators at insolvency firm Worrells said Send’s management had been trying to sell or merge the business before it went under. Those efforts will continue. It said Send staff would be contacted about their employment status by Worrells.

Milkrun and Voly, which did not return requests for comment, have continued to expand as Send faltered. 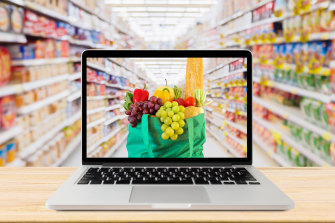 Unlike cooked food delivery companies such as Uber Eats or Deliveroo, all of the grocery delivery start-ups employ their riders, who courier orders from small warehouses that are inaccessible to the public to customers’ front doors.

Worrells said Send had about 300 employees, 13 sites and 46,000 registered customers when it went under.

Industry insiders who have previously spoken to The Sydney Morning Herald and The Age were sceptical of the new apps, which they said had unsustainably low prices and high real estate costs for their inner-city small format warehouses. The firms had three options: sell out to a major retailer like Woolworths or Coles, survive long enough to achieve economies of scale and raise prices, or go broke, the sceptics said.

Its boosters point to the huge amount of money Australians spend on groceries, the loyalty of the services’ customers and the large valuations that overseas startups in the same market have acquired.

Send’s Adams said his priority was the company’s employees and trying to arrange an acquisition for the company. “Beyond that, I am yet to consider in much more detail,” he said.