Inheritance tax is charged on the estate of a person who has passed away and currently stands at 40 percent above a certain threshold. Undoubtedly, with the impacts of the pandemic, government spending has soared, and some have suggested a rise to Inheritance Tax alongside other levies is necessary. While such a rise may not be popular, it could be imperative to help the country raise money and get back on track.

In view of this tug of war, Express.co.uk spoke to Elaine Roche, Director of Solicitors for the Elderly at Partner at Kuits, about Inheritance Tax.

She provided insight into the potential for an Inheritance Tax rise, alongside a speculated increase to Capital Gains Tax, and the small ways Britons can prepare themselves for such an increase.

Ms Roche said: “A rise to Inheritance Tax is potentially on the way, but the Conservative government did make certain promises within its manifesto about keeping larger taxes at the same rate.

“I do, however, believe there are some elements of Inheritance Tax which might be changed – certain reliefs, for instance. 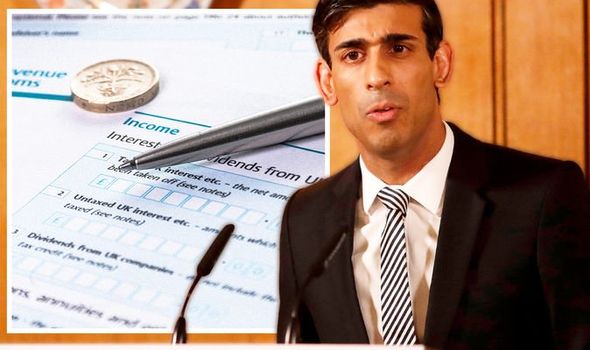 “If there is going to be a change, I think taking business relief off AIM investments might be towards the top of the list, but I think too much of a drastic change will simply be unpalatable for a lot of people.”

But while a drastic change to Inheritance Tax may not be on the horizon, there could be modifications to how the levy system works.

This would undoubtedly have impacts, and indeed a ripple effect on how Britons affected by tax upon a person’s death.

Ms Roche continued: “There has been talk recently of moving towards more of a system like Ireland has.

“Instead of the seven year rule, for instance, people would have an allowance which they can give to each child in total – in their lifetime or their will. This would take away the ability for people to do lifetime planning, and it could even the system out.

“There is Capital Gains Tax and Inheritance Tax, and really it would be great if we could just do a whole rehash of the entire system – there is quite a complex interaction between these two taxes.

“Recently the Office of Tax Simplification (OTS) has a report on CGT suggesting changes, but then this would have an impact on IHT which is worth bearing in mind.

“A rise to CGT is a likely one, because higher rate taxpayers at the moment can make something look like capital and pay 20 percent, rather than 40 or 45 percent.

“Evening that out, I think would be a more palatable option, but of course, no-one wants to pay more tax.”

But in view of potential tax rises in the future, some may wish to take a more pragmatic approach to ensure they are amply prepared.

Although Ms Roche acknowledged some understand higher taxes may be part and parcel of the current spending burdening the government, others will be looking to take a different approach.

Many will hope to reduce their Inheritance Tax bill as much as possible, and there may be some ways to achieve this goal.

Ms Roche said: “We are having a lot of conversations at the moment where people are wanting to crystallise their tax now to pay it at rates we now know.

“In discussions, people are aware they have to pay tax, and are aware of the current situation with government spending. There seems to be more of an acceptance that tax is needed.

“For Inheritance Tax, preparing for any kind of rise is tricky, but basically it means giving things away.

“Inheritance Tax is a snapshot of what you own on the day you die, and anything above the threshold, taking reliefs into account is taxed at 40 percent.

“CGT is slightly easier, as there are ways of transferring and selling assets, where you can crystallise that gain now.

“Alternatively, you could invest in business relief assets, presuming they do not take away that relief.

“It’s very difficult to advise over IHT, and there are less and less ways to save the tax.

“Some things don’t sound like much, like gifts out of income, for example, but over a number of years these can really pay out.

“You should consider all of the options available to you, weigh them out, and look to see how a bill can be reduced.”

Ultimately, though, legally reducing an Inheritance Tax bill can be a complicated endeavour for many families.

There are a number of components to consider, and without careful consideration, it could be likely families are left with a greater tax burden than they actually need to meet.

Ms Roche concluded, then, by stating taking advice was often the key to ensure a simple process, in a time where other complications can ensue.

She stated: “The savings that can be had, people often do not realise until you sit down with an adviser.

“People generally don’t wish to talk about death, and thankfully don’t go around thinking about it, but having a conversation about this when you are fit and healthy is far better in the long run.”