Brady vs Fauci: Doctor Doom could learn something from the future Hall of Famer

Laura Ingraham discusses how both men are at crossroads getting to the end of the line.

Fauci, 81, and Brady, 44, are internationally recognizable and arguably at the top of their selected professions, Ingraham noted, adding that both men also have been working in their roles for record amounts of time.

Brady entered the National Football League in 2000 alongside famous but long-retired names like Brian Urlacher, Plaxico Burress, and Sebastian Janikowski — while Fauci joined the federal medical bureaucracy in 1968 when Lyndon Johnson was president and gasoline was 34 cents per gallon. Fauci was later appointed by then-President Reagan to his current role in 1984.

“Both men stayed longer than anyone who came before them, and both are admired widely by journalists who cover their world, and both are at a crossroads: Getting to the end of the line,” Ingraham said, as Brady takes time to plot his future. 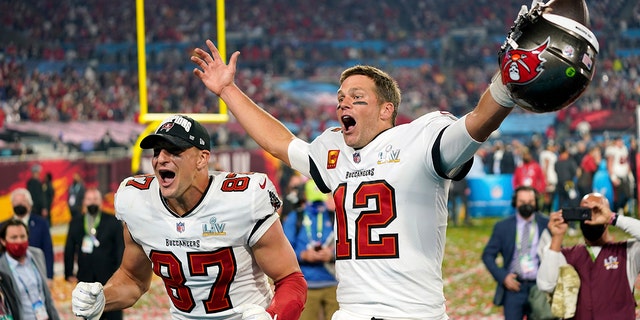 Ingraham said that the two men also have very much to contrast — Brady is a beloved figure across the country, and his retirement would likely put the Bucs at a disadvantage going into the 2022-23 season.

“He’ll really be missed,” she said. “Fans are going to be wistful, you bet, if he retires. But they’re also going to celebrate his career and all of his achievements. They’re going to look back at his classic come from behind magic moments and remember where they were.”

Fauci would instead have his retirement itself celebrated by the populace, as he has “missed his mark so many times on so many issues,” she continued.

“And the reason he gets paid the big bucks is directly related,” she said. “It was supposed to be at least to his ability to inform the nation about health issues and explain the basic facts of what was facing us with real credibility. But Fauci has failed at his task. He’s partisan, he’s self-aggrandizing, and he’s now obviously short-tempered.”

“[Fauci’s] talents are limited. He’s a bureaucratic insider who’s a good networker for sure and can be brutally effective at maneuvering against people who disagree with his pronouncements. Look at what he did to the Great Barrington doctors and how he helped steer the entire conversation away from that Wuhan lab story,” she said, referring to reporting on how Fauci and his now-former boss Francis Collins derided the three medical professionals who published a document recommending “focused protection” rather than sweeping lockdowns.

“Unlike Tom Brady, he’s really overstayed his welcome. We told Trump to sideline him. We told Biden to do the same, but Fauci still doggedly holds on,” she said, playing clips of the NIAID chief engaging in clashes with Sen. Rand Paul, R-Ky. 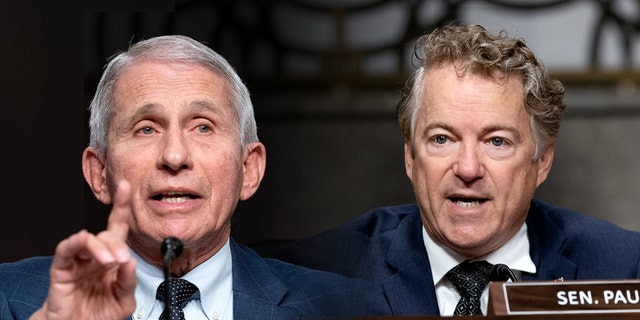 “He’s the equivalent of cottage cheese in the back of the refrigerator — when you forgot about it [and] it was there since, like, last September.”

“Brady is 37 years younger than Anthony Fauci, but at his age, he seems to have more patience, more perspective and more clarity about life,” Ingraham added. “Imagine if Brady was saying that he wanted to hang on to prove his doubters wrong, which is what Fauci seems to be telegraphing in some of his public statements.”

“At this point, Fauci knows that half the country has tuned him out, but he wants to hang on just to annoy us for a little while longer. How arrogant that is and how sad it is. Same with this current crop of old fogies running the Democrat Party. They’re almost staying on for the spite of it at this point.”

One of those political elders she referenced is House Majority Whip James Clyburn, an 81-year-old Democrat from South Carolina who has represented his district since 1993.

“I don’t know why people come saying, ‘You need to step aside for me.’ No, if you want my seat, come get it,” Clyburn said in a recent interview played by Ingraham.

“Clyburn and friends have nothing positive to show for these past 13 months,” Ingraham said. “Only the wreckage they’ve left behind, but they’re still hanging on.”

“Now let me be clear — obviously, being a senior citizen doesn’t disqualify anyone from making huge positive contributions. Remember, Benjamin Franklin was at the Constitutional Convention at age 81 — the same age as Clyburn — Reagan left office days before he turned 78. They’re both towering figures in American history. There are many more examples as well, but age is supposed to bring us maturity and wisdom, not vindictiveness and stupidity — both traits of today’s Democrat elders.”