Laura Ingraham described Thursday how President Biden had one of the worst weeks for a U.S. president since 1972.

The Supreme Court struck down his vaccine mandate for American businesses, members of his own party in the Senate essentially blocked his and Sen. Chuck Schumer’s wish to destroy the filibuster, he garnered 33 percent national approval in the latest Q-poll, and he appeared to believe “race-baiting” his opponents during a speech in Atlanta would cow Republicans into supporting federalization of election laws, she said on “The Ingraham Angle.”

Ingraham played a clip of Sen. Kyrsten Sinema, D-Ariz., saying she could not support ending the 60-vote filibuster precedent.

“Demands to eliminate this threshold from whichever party holds the fleeting majority amount to a group of people separated on two sides of a canyon shouting that solution to their colleagues. I understand there’s some on both sides of the aisle,” Sinema said.

“How embarrassing for Biden,” Ingraham responded. “Think about this. This was made on the same day that he made a trip to Capitol Hill, and he has this urgency to move to kill the filibuster. And let’s face it, when you’re at 33 percent in the polls like Joe Biden is, you’ve lost your influence.”

“Without drastic changes, you’re basically a lame duck. And you could see where this is all headed. Congress is just going to start governing the country themselves.”

Ingraham suggested Schumer and other powerful chairmen like Sen. Mark Warner, D-Va., have “an informal intervention” at the White House to try to stabilize the government.

“I hope Ron Klain understands that,” Ingraham said of Biden’s chief of staff.

“It’s pathetic. It’s not the way it’s supposed to work, but that’s where we are.”

Ingraham said Biden caused much of this chaos by failing to stand up to the far left and instead endear himself to the media and activist leftist base.

“But what did the Democrats accomplish with Biden this year? They dismissed concerns about inflation, and then they sent out for a government check — made it all worse,” she said. “They got caught off-guard by omicron, they failed to push Fauci to the sideline, and they continued to let the unions dictate policy for our kids.”

“At this point, they just have to be meant for control. They didn’t care about the virus when BLM was raging through their thousands and cities. They didn’t turn back migrants at our borders who had no vax records or masks on … So the question is, what’s really going on here?

“Could this lead to the creation of databases of non-compliant Americans? If Democrat mayors have their way, could they try to borrow the unvaxxed access to public transportation? What about state employment, other benefits?” Ingraham asked. “How long can these emergency powers be invoked before they become unconstitutional power grabs?” 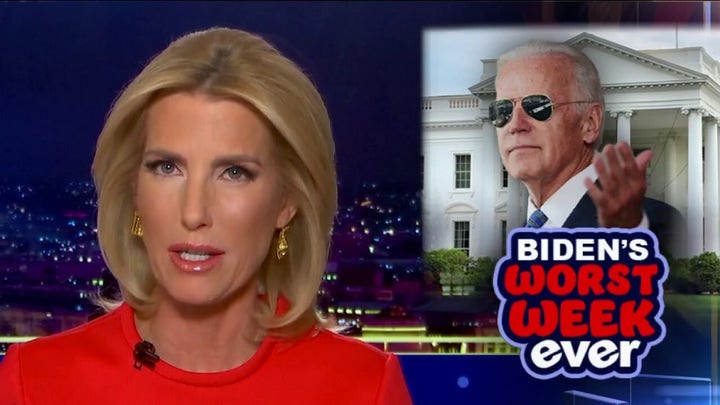