Kerry Stokes-controlled industrial conglomerate Seven Group Holdings’ boss Ryan Stokes has warned investors to get used to the idea of higher inflation, as the unprecedented flow of stimulus into the local economy dries up.

With its finger on the pulse of industries ranging from media and energy to mining services and construction, there are few companies with a better idea of what’s happening with the Australian economy than Seven Group. 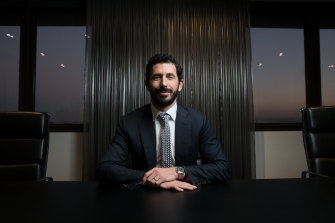 Mr Stokes told this masthead on Tuesday the low-inflation environment, which a generation of investors has gotten used to, was on its way out.

“From a group perspective, we are thinking inflation’s not transitory. It’s structural, but to be honest, it’s basically returning to normal,” he said.

According to Mr Stokes, the supply chain issues bedevilling companies this reporting season is less about COVID than it is about global growth – partly fuelled by stimulus packages which have pumped up markets around the world, including Australia.

“The interesting part for us is seeing positive tailwinds across all our sectors, from industrial services to energy to media. We see that domestic growth profile as really robust, we see the supply chain issue as kind of like growing pains more than anything else,” he said.

“What we’ve seen is just this ramp up of activity across the board, and there are so many sectors you can point to where you see that growth … (and) this is happening around the world.“

“Now we’re seeing growth and activity fuel that, and we’re seeing a change in mindset from customers, and even us to suppliers, where you’re expecting that pricing power to come through. So, we think that’s normal now.”

Mr Stokes added that businesses will also need to prepare themselves for a tight labour market, with hiring and retaining workers likely to get much harder.

“It’s a pressure point across sectors, and I think across the economy. Record low unemployment, growth in the economy, all play well to that labour demand. And I think that there is a notional kind of scarcity factor that’s there,” he said. 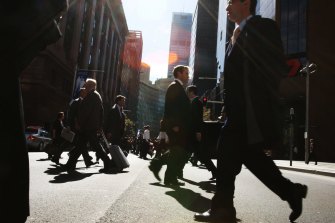 Hundreds of Australian business leaders cite crippling labour shortages as their biggest challenge going into 2022 and warn it will not ease until 2026.Credit:Peter Braig

And this battle for labour will be global one, he added, given Australia is not the only economy that is growing.

Seven Group shares dropped as much as 6.7 per cent to a low of $20.85 after the release of the conglomerate’s half-year results on Tuesday, but recovered some ground in afternoon trading to $21.60.

The company more than doubled revenue and earnings for the December half year, which incorporated its majority stake in construction materials maker, Boral, for the first time.

Group EBIT for the financial year is forecast to rise between 8 and 10 per cent on 2021.