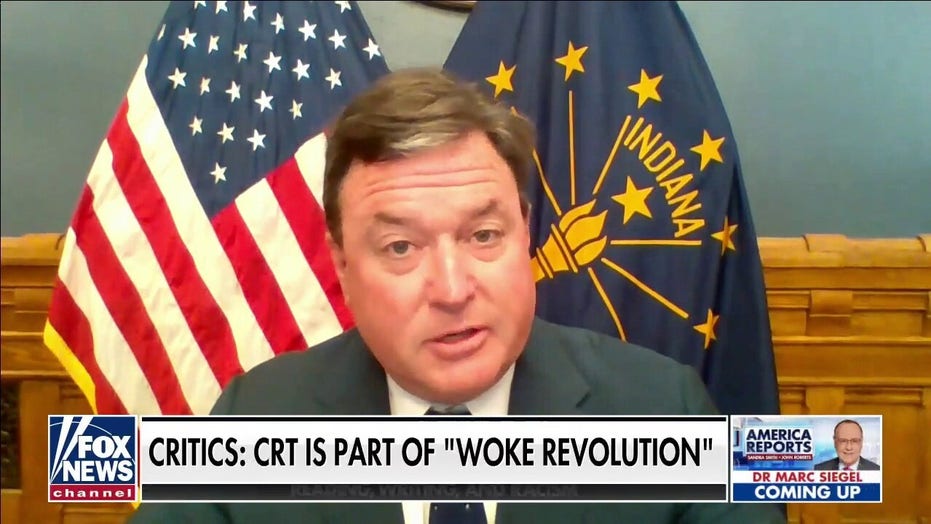 “It’s the exact opposite of what Martin Luther King [Jr.] taught us, when he said that he hoped that his children would one day be judged by the content of their character – not the color of their skin,” said Rokita in an interview Monday.

The group’s criticism centered on recent proposals from the Department of Education that detail plans in April to provide grants under American history and civics education programs for a curriculum teaching diversity and the effects of “systemic” inequality.

Addressed to Education Secretary Miguel Cardona, the letter reads: “The Department should not adopt the proposed rule or, at a minimum, should make clear that grants may not fund projects that are based on CRT, including any projects that characterize the United States as irredeemably racist or founded on principles of racism (as opposed to principles of equality) or that purport to ascribe character traits, values, privileges, status, or beliefs, or that assign fault, blame, or bias, to a particular race or to an individual because of his or her race.”

The text of the administration’s proposal cites the 1619 Project, which has won a Pulitzer Prize but also come under fire from some historians.

“American History and Civics Education programs can play an important role in this critical effort by supporting teaching and learning that reflects the breadth and depth of our Nation’s diverse history and the vital role of diversity in our Nation’s democracy,” the proposal states.

“For example, there is growing acknowledgement of the importance of including, in the teaching and learning of our country’s history, both the consequences of slavery, and the significant contributions of Black Americans to our society. This acknowledgement is reflected, for example, in the New York Times’ landmark ‘1619 Project’ and in the resources of the Smithsonian’s National Museum of African American History.”

The proposal also approvingly quotes author Ibram Kendi, who wrote the controversial book “How to Be An Anti-Racist”

It seems unlikely that the attorneys general would make any progress as the Biden administration has indicated support for ideas associated with CRT. At the beginning of his presidency, Biden revoked former President Trump’s policy banning CRT trainings in the federal government.