Incoming Press Secretary Jen Psaki was roasted on Tuesday night for claiming her critics are simply puppets of the Russian propaganda machine after a photo revealed she once wore a communist hammer-and-sickle logo.

"’If you criticize me you're Putin's puppet’ is a hell of a great start for Biden's spox,” radio host Larry O’Connor reacted. 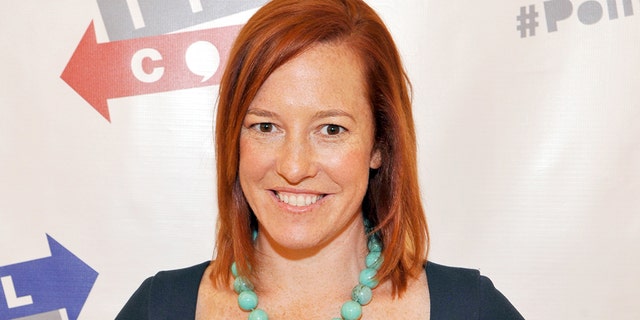 Jen Psaki, an Obama administration alum, was one of several women who were named to head the White House communications team recently announced by the Biden-Harris transition. (Sciulli/Getty Images for Politicon)

Psaki, an Obama administration and CNN alumna, was one of several women named to the Biden-Harris White House communications team. She is set to take over the podium in the White House briefing room.

Psaki is seen wearing a pink shapka, or fur hat, that bears the communist hammer-and-sickle logo as part of a gift exchange between herself and Russian counterpart Zakharova. 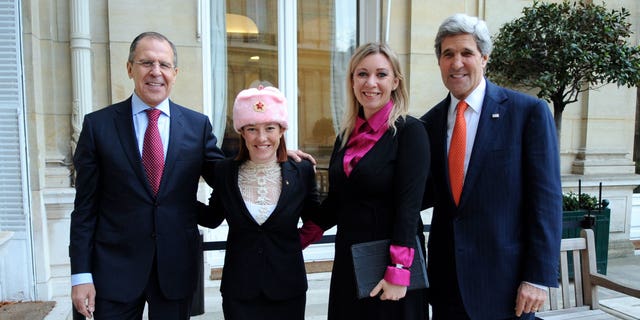 The hammer and sickle has come to represent communist movements around the world. It also was featured on the flag of the former Soviet Union. It has become a symbol of economic and political repression that occurs under communist regimes.

In a tweet on Tuesday, Psaki appeared to allude to the photo controversy and suggested it was "Russian propaganda."

"For anyone who hasn't been the target of Russian propaganda (cc: @MCFaul @HillaryClinton) the purpose is to discredit powerful messengers and to spread misinformation to confuse the public. Anyone who repeats it is (unwitting or not) simply a puppet of the propaganda machine," Psaki wrote.

Ironically, Psaki spent the majority of the Trump administration as a political analyst for CNN as the network regularly covered the investigation of alleged collusion between Donald Trump’s 2016 campaign and Russia.

Fox News’ Joseph A. Wulfsohn and Sam Dorman contributed to this report.