NASA sends squid from Hawaii into space for research

Birthday girl has eyelid ripped off by Chihuahua while getting lashes done — Warning: Graphic images

One of Hawaii’s most iconic resorts that once welcomed Elvis Presley and Frank Sinatra, among other stars, is set to be demolished after nearly 30 years of abandonment.

Known as the Coco Palms Resort, it first opened in 1953 and shortly thereafter became very popular in the Hollywood community. Several movies were filmed at the resort, including the Presley musical rom-com “Blue Hawaii.”

Located in Wailuā, the structure was built in the middle of a coconut grove that was planted in 1896 on an ancient site of Hawaiian royalty, according to Jam Press. Many locals consider the land of historical significance.

In 1992, Coco Palms — which sat on nearly 20 acres — was destroyed by Hurricane Iniki, a category 4 storm, and has since remained neglected.

Images show the once-thriving resort now in ruins, having fallen victim to harsh weather and fires caused by arson since the hurricane hit.

Water has flooded the resort, while the natural surrounding elements have inhaled the property.

Despite this, the original artistic mosaic work can still be seen, while some of the abandoned 24 rooms of the hotel give a hint of how it used to look in its former glory days.

In 2016, Honolulu developers GreeneWaters LLC formed a partnership with Coco Palms Hui LLC to restore the resort, with the intent to reopen Coco Palms as part of the Hyatt franchise. But in 2019 the project collapsed due to financial reasons. The future of the land remains in limbo. 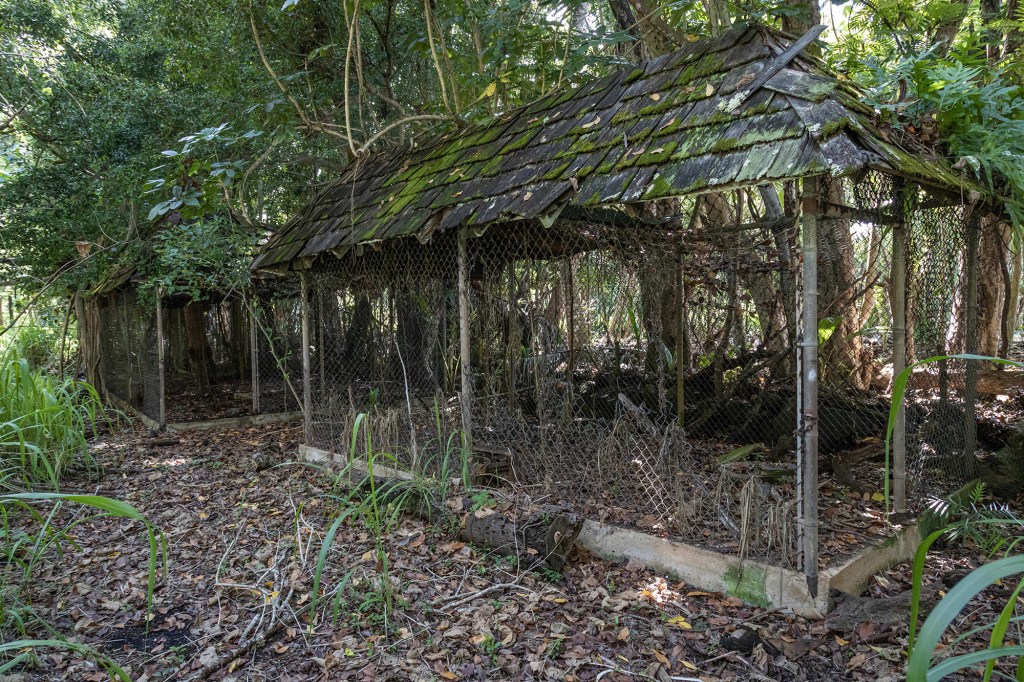 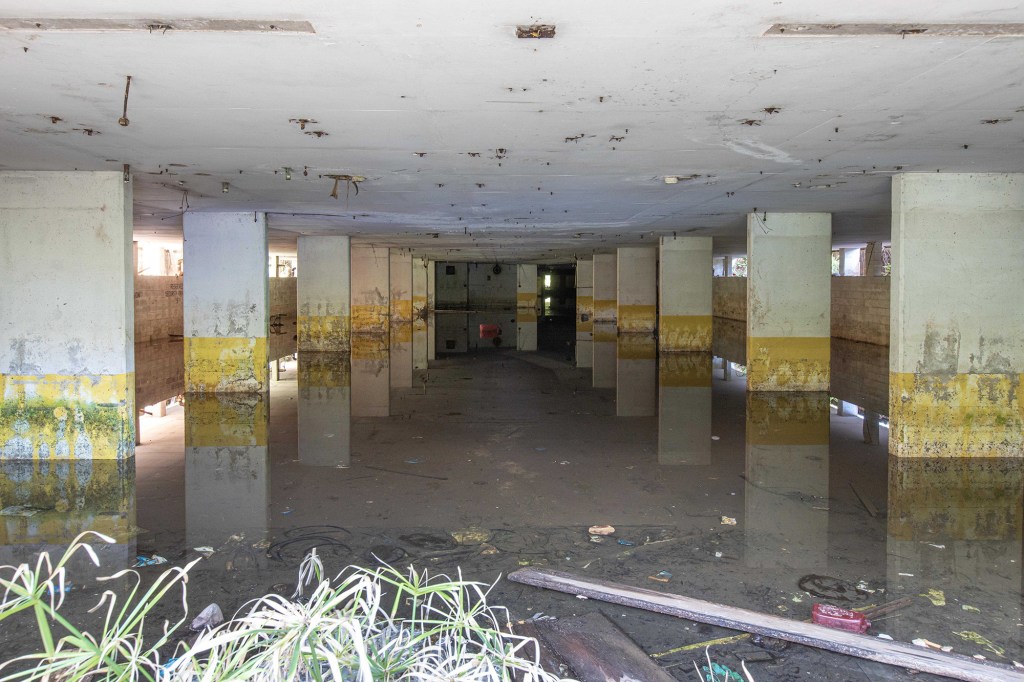 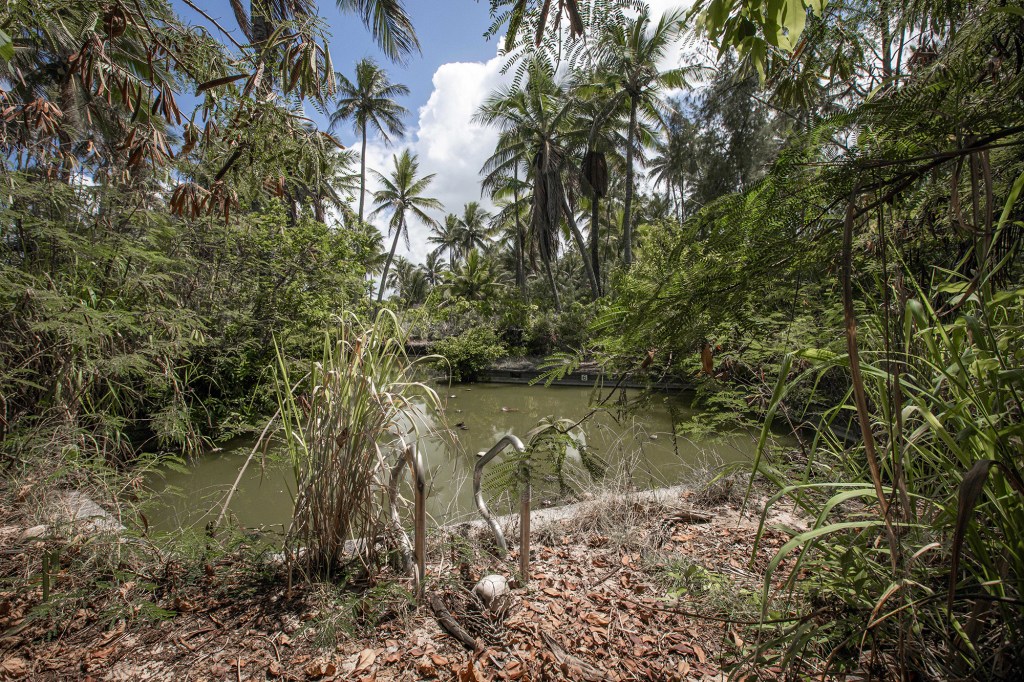 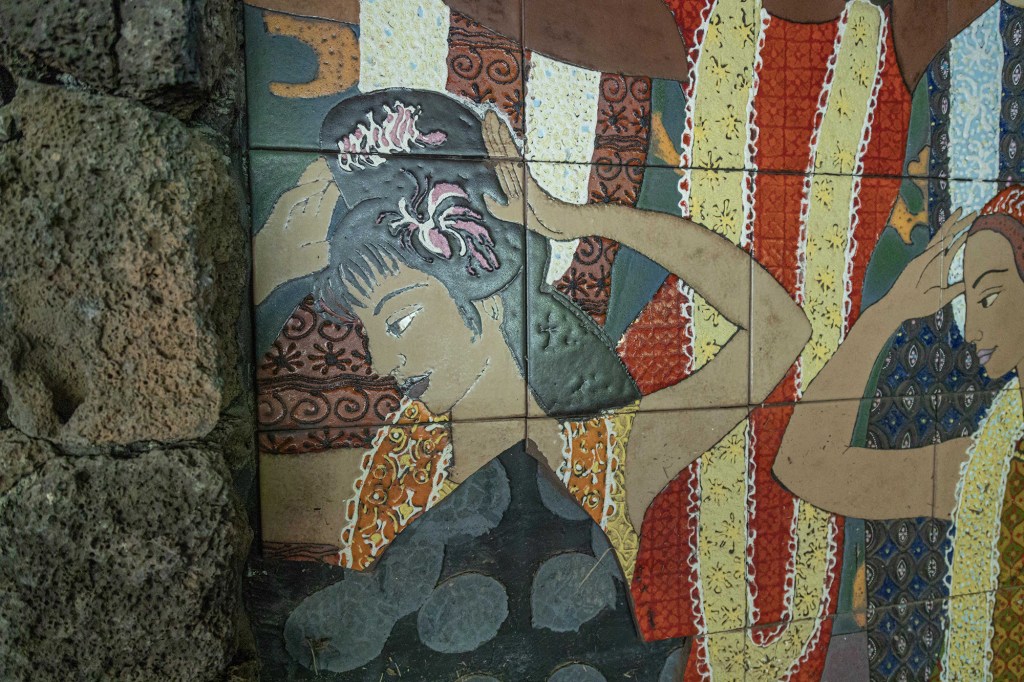 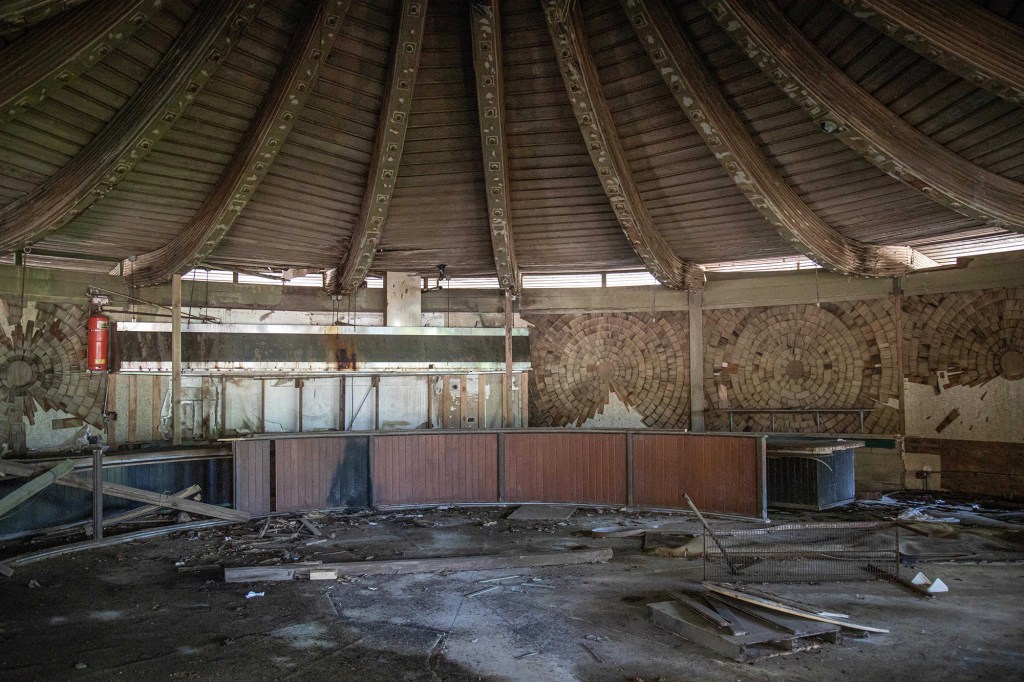 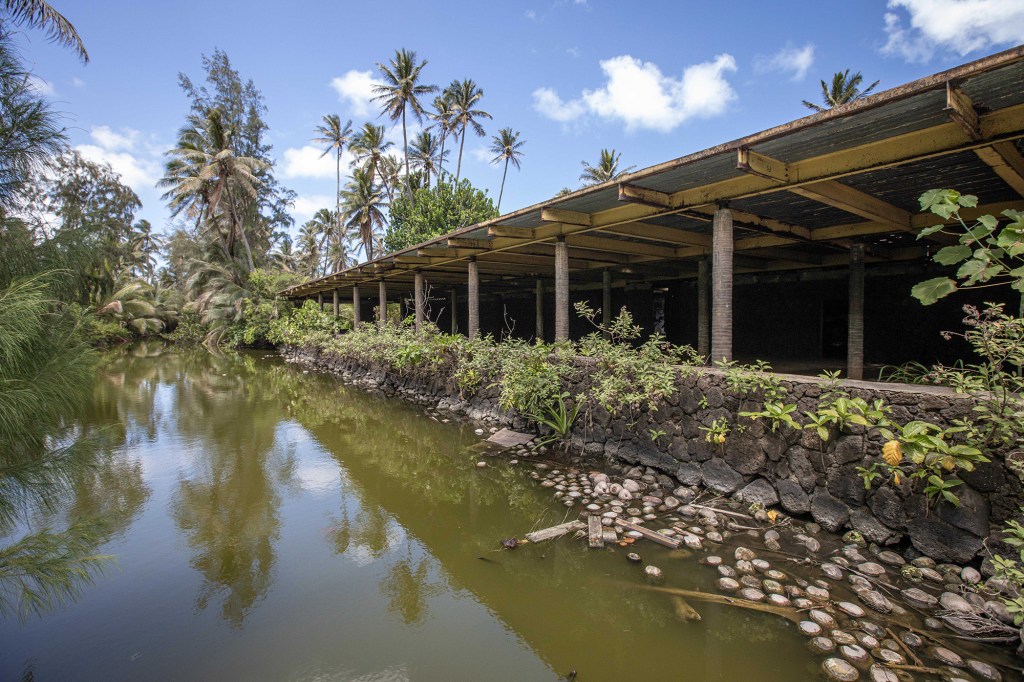 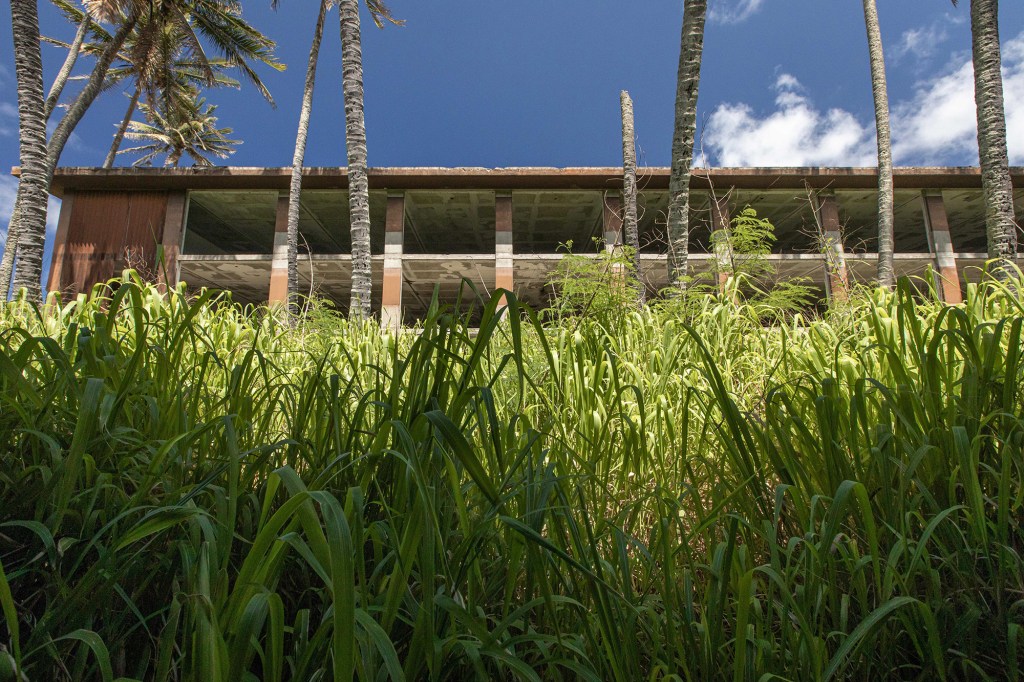 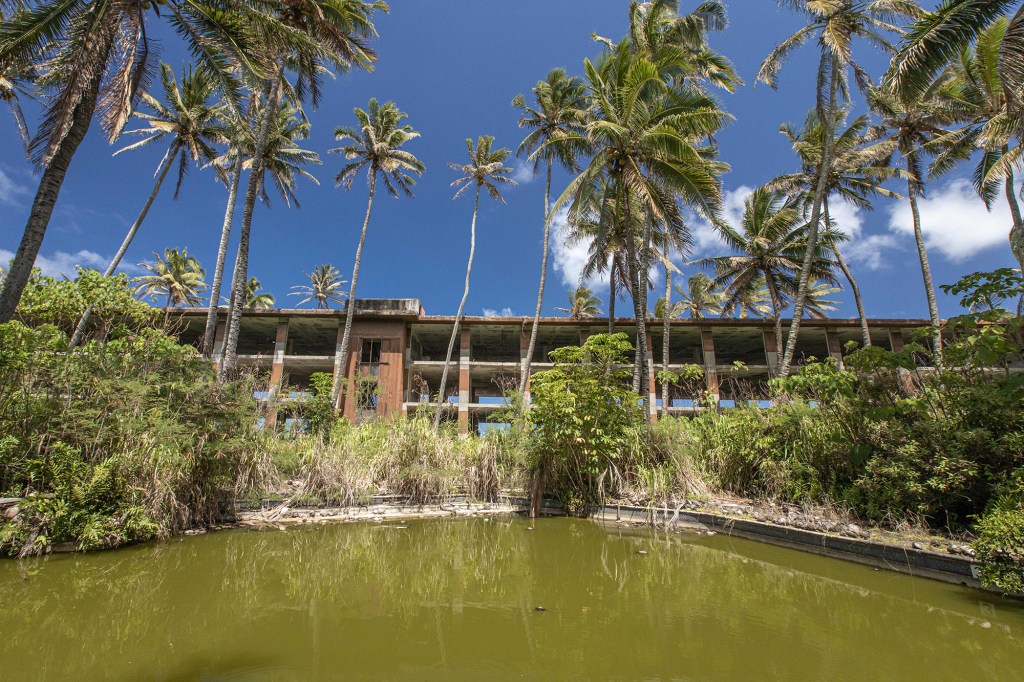 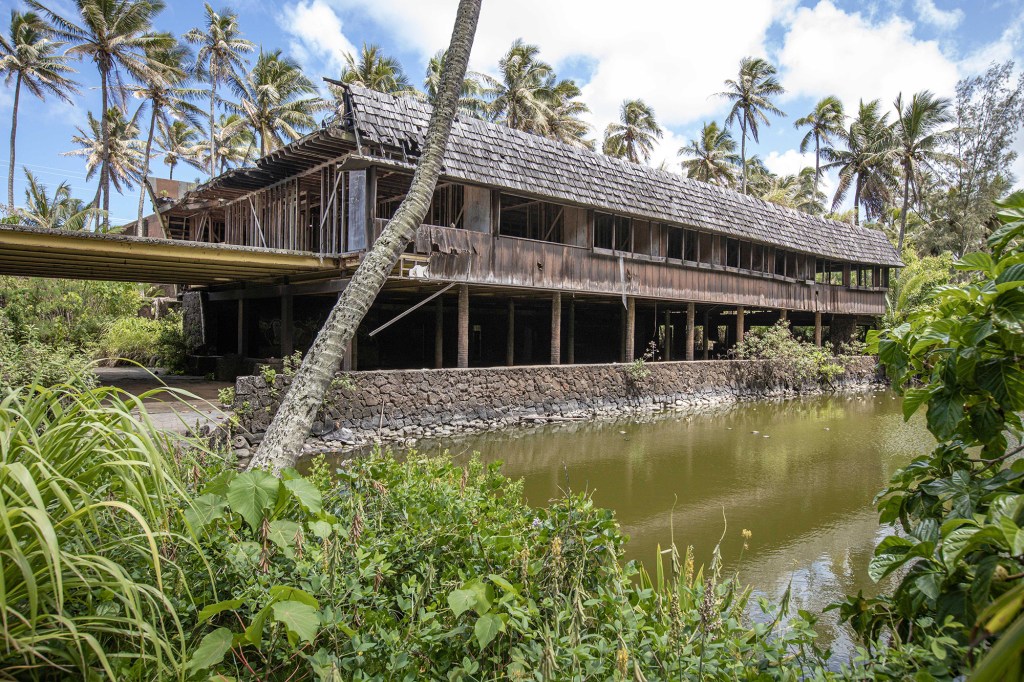 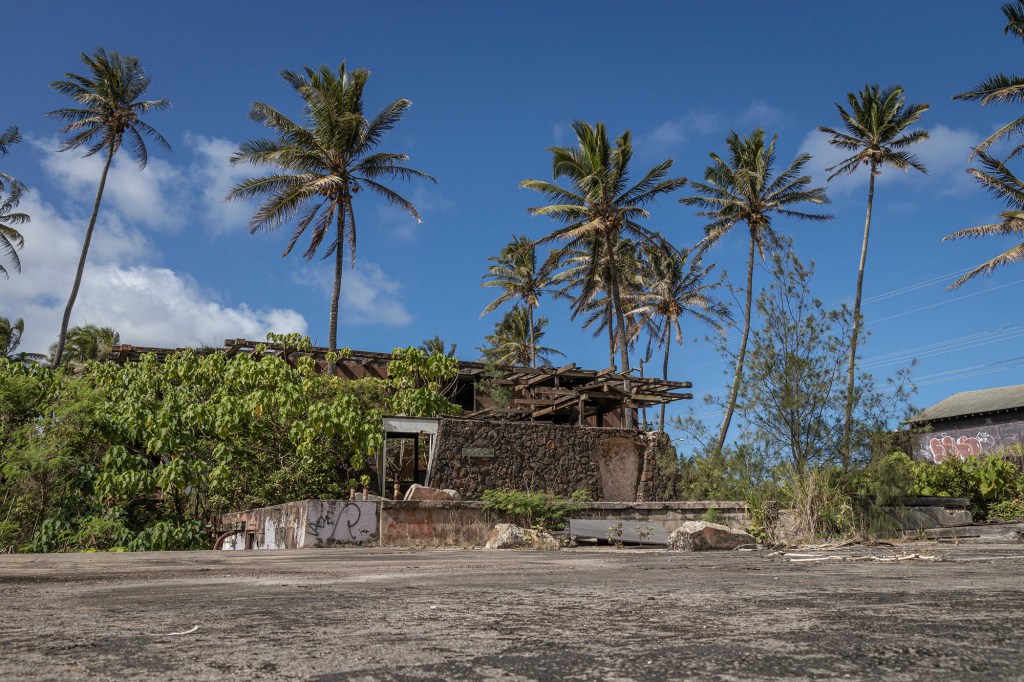