EXCLUSIVE: Internal emails from the top levels of Immigration and Customs Enforcement (ICE), obtained by Fox News, show how the acting head of the agency granted a temporary stay of deportation earlier this year for an illegal immigrant with a criminal record – following a request from a left-wing immigration activist made earlier the same day.

The emails, obtained by “Tucker Carlson Tonight,” showed how a request made by the activist, who previously has called for the abolition of ICE, quickly found its way to the inbox of acting ICE Director Tae Johnson and resulted in a request to halt the deportation for 14 days.

Tania Mattos, a policy director at Freedom for Immigrants with a history of activism related to immigration, and whose own profile has described her as a former recipient of the Deferred Action for Childhood Arrivals (DACA) program, wrote to Angela Kelley, a senior immigration counselor at the Department of Homeland Security on June 7, appealing for a stay of deportation for Marvin Jerezano-Peña, who she said was in ICE detention and scheduled to be deported.

Mattos has been a supporter of the “Abolish ICE” movement, which seeks to scrap immigration detention. In 2020, she tweeted that she was “unapologetically #AbolishDetention #AbolishICE #AbolishPrisons.” She did not respond to Fox News’ request for comment.

“We’re seeking a stay of removal from ICE and permanent release,” she wrote to Kelley.

Mattos claimed Peña should not be a priority for deportation under new ICE guidelines, citing his status as a former DACA recipient married to a U.S. citizen with a 2-year-old son. She said his case served as “an example of how many immigrants who interact with the criminal justice system are separated from their families unfairly,” requesting help in stopping his deportation. 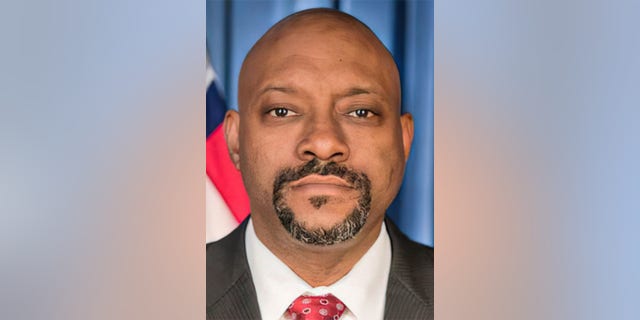 Kelley quickly forwarded the email as a “time sensitive matter” to ICE chief of staff Timothy Perry, who promptly requested a report on the subject. Hours later, officials sent back the report, which included a string of arrests and convictions in New Jersey.

In 2015, he was arrested for “robbery and simple assault” before being convicted the following year of knowingly receiving stolen property. In 2019, he was arrested for violation of parole and a failure to report. Other arrests were for drug possession. A judge ordered his deportation to Mexico in 2020, and an appeal was unsuccessful, according to the report.

Minutes after Perry received the report, the chief of staff emailed the record to Johnson, noting he had “mentioned this on our call earlier.”

Later that same day, Johnson emailed a number of officials asking: “Can we grant a 14 day stay of removal on this case to provide time to gather additional details.”

In response to questions about the emails by Fox News, ICE said officers “conduct custody reviews of noncitizens in detention in accordance with U.S. law and Department of Homeland Security (DHS) civil immigration enforcement priorities.”

ICE later confirmed to Fox News that Peña has remained in the country, housed at a detention facility in New York.

“Jerezano-Peña is a former DACA recipient, but was denied renewal of this program in 2015 due to his previous criminal conviction history,” the agency reported. “His criminal history includes numerous convictions for drugs, DUI and traffic offenses, dating to 2012, including multiple felony convictions in December 2017 for drugs and stolen property.”

The move by ICE marked a sign of how drastically the agency’s priorities have shifted since this past January. In February, in response to broader DHS guidelines, ICE issued new enforcement priorities for agents. That guidance told ICE officers to focus on three categories of immigrants: those who posed a threat to national security; those who have crossed the border since Nov. 1, and those who committed “aggravated felonies.”

Officials said the guidance did not explicitly prevent anyone from being arrested or deported. Instead, it would direct resources at certain targets. However, field officers seeking to arrest someone outside of those three categories would need approval from their chain of command.

“By focusing our limited resources on cases that present threats to national security, border security, and public safety, our agency will more ably and effectively execute its law enforcement mission,” Johnson said in February.

However, while ICE has sought to present that guidance as a narrowing of priorities, critics, including Republicans and former ICE officials, have said that the result is that criminals are being released back onto the streets, and there are fewer arrests and deportations.

“I had a case who the guy was a convicted arsonist and they called me and said, ‘Hey, Mr. Feeley. One of our criteria is if the guy hasn’t been arrested in the past 10 years we need to let them go and we’d like you to release them.’ And I said, ‘I totally get what you’re saying, but… he’s been in prison for 12 years. That’s why he hasn’t been arrested.’ And the answer I got was, ‘We don’t really care,'” he said.