MAY is a great month to spot the tiny planet Mercury in the sky.

All you'll need is some binoculars or a telescope and to be in the right spot after sunset. 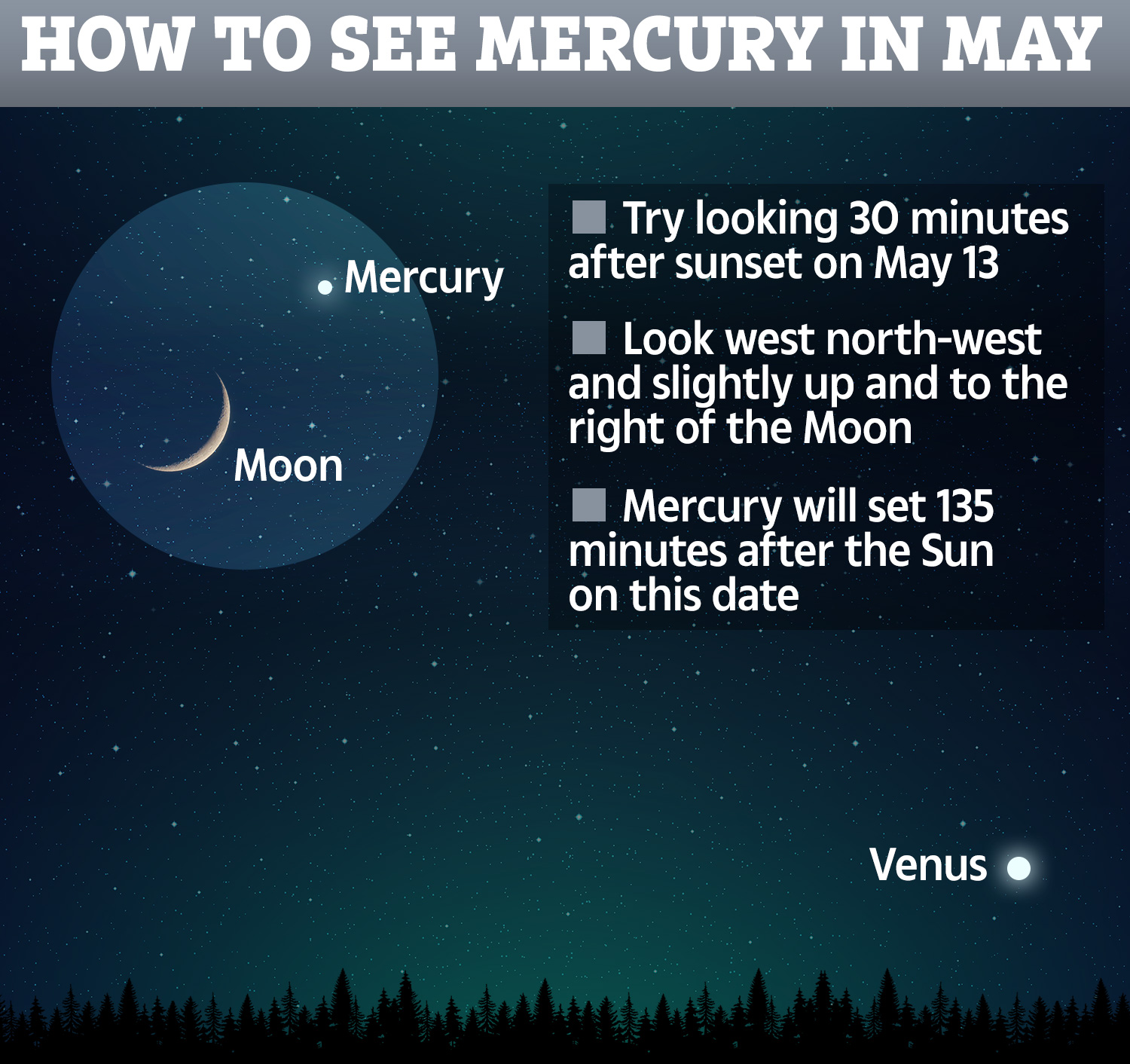 Mercury should be visible for the whole month for people in the Northern Hemisphere.

That includes stargazers in the UK and the US.

You'll need to look west-northwest around 30 minutes after sunset.

A great date to do this is on May 13 because Mercury will be around for 135 minutes after sunset. 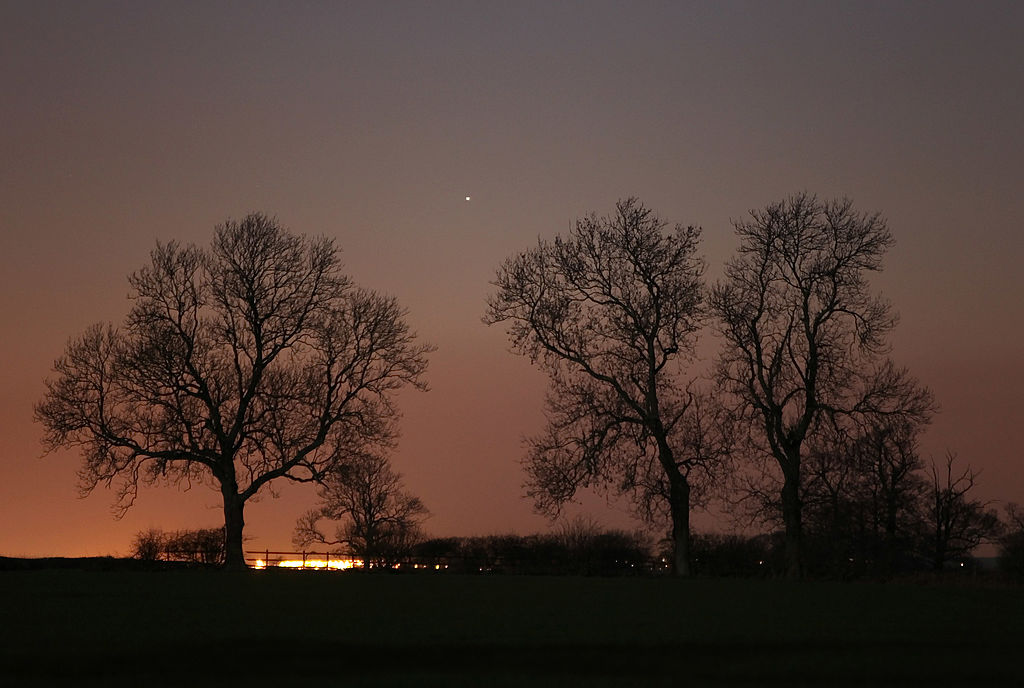 Mercury will be hard to spot with the naked eye so you will need a small telescope or some bincoulars.

Find the waxing crescent Moon first and then look slightly up and to the right of it.

You should see Mercury shining like a little star.

You may also be able to spot Venus shining brightly much lower down and to the right of Mercury.

After May 17, Mercury will begin to dim but should still remain visible for the rest of the month.

Sometimes smartphones can be useful to point out the location of constellations and planets in the night sky.

You can try downloading one of these apps to point yourself in the right direction.

Make sure you give your eyes a break from your phone afterwards though, stargazing is best when your eyes have adjusted to the dark.

Some apps are free but a lot of them charge so it depends if you want to put up with adverts or not.

It's advisable to read the reviews of an app and look at how many people have rated it before downloading.

Here’s some cool facts about the tiny planet…

In other news, China appears to be developing a knockoff version of SpaceX's next-generation rocket as it moves to enter a new space race with the US.

Trees grown from seeds that were flown around the Moon back in 1971 could be growing in the UK.

And, Nasa baffled space fans by releasing an image of what appears to be a rainbow on Mars.

Will you be stargazing this week? Let us know in the comments…