Nineteen years ago, a team of Canadian snipers set back-to-back world records for the longest sniper kill during one of the largest battles of the war in Afghanistan.

The US response to the September 11 terrorist attacks caught Al Qaeda and its Taliban hosts by surprise. Instead pouring tens of thousands of troops into Afghanistan’s harsh terrain, as the Soviets had done, the US military took the unconventional route.

A small number of US special operators and CIA paramilitary officers partnered with the Northern Alliance, a hodgepodge of anti-Taliban factions, and other groups. By late 2001 they had largely defeated Al Qaeda and the Taliban through a combination of air power and ground operations conducted by local fighters with guidance from Green Berets.

It was a perfect unconventional-warfare campaign and a ringing endorsement of the US and Coalition special-operations community, leading policymakers to rely more on commandos. 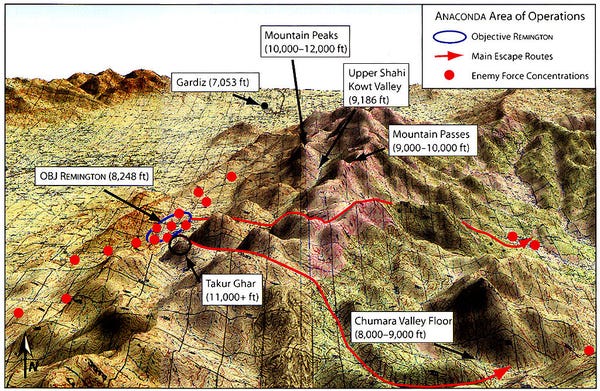 Following the Battle of Tora Bora, in which Delta Force and British Special Boat Service commandos almost caught Osama bin Laden in December 2001, the US military sought to find and destroy any Al Qaeda and Taliban remnants in the country.

Intelligence indicated a large combined Al Qaeda and Taliban force was in the Shahi Khot Valley in eastern Afghanistan. The US military decided to strike the roughly 1,000 terrorists and Taliban fighters there.

Surrounded by mountains, the Shahi Khot valley has a base altitude of 8,500 feet and is about 3 miles wide and 6 miles long. The peak of Takur Ghar mountain — which would end up playing a key part in the operation — looks down on the valley from a height of about 12,000 feet.

The plan was to trap the Al Qaeda and Taliban fighters in the valley in an “anvil and hammer” operation.

Paratroopers from the US Army’s 101st Airborne Division would land in several different areas south of the valley, while an Afghan partner force led by Army Green Berets would block the valley’s north end. Meanwhile, several small special-operations teams would position themselves on the mountains surrounding the valley and provide intelligence updates and direct airstrikes against the enemy below.

All in all, Operation Anaconda, which took place during the first half of March 2002, involved about 2,000 troops, including Delta Force, SEAL Team 6, Australia’s and New Zealand’s Special Air Services, and Canadian commandos.

You broke the world record? Hold my beer 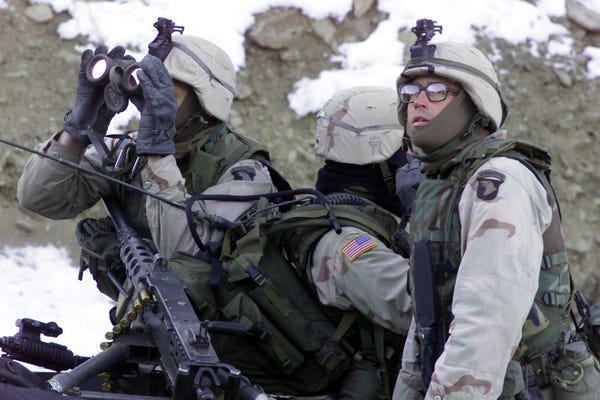 Canada, a steadfast US ally, was one of the first to commit troops to fight Al Qaeda and the Taliban. By March 2002, there were about 1,000 Canadian troops in Afghanistan, but only a handful participated in Operation Anaconda.

Two three-man sniper teams from the 3rd Battalion of Princess Patricia’s Canadian Light Infantry were attached to the 101st Airborne for the operation’s duration.

In addition, operators from the Joint Task Force 2 (JTF-2), a Canadian special-operations unit similar to the US Army’s Delta Force, worked independently and directed airstrikes against the enemy.

The Canadian snipers hit the ground running, racking up multiple kills, but they truly distinguished themselves a few days into the operation, when Master Cpl. Arron Perry took out an Al Qaeda fighter who was acting as a forward observer. 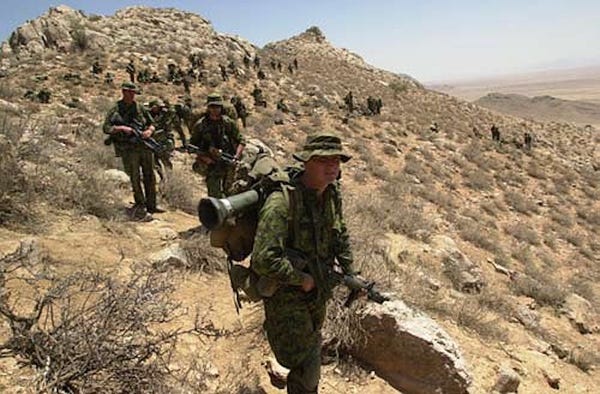 Perry’s shot was from 2,310 meters, or 2,526 yards, breaking the record for the longest sniper kill. But glory was not his for long.

A few days later, Cpl. Rob Furlong broke that record with a 2,430-meter (2,657-yard) shot against an enemy machine-gunner.

By the end of Operation Anaconda, the Canadian snipers had made the difference, killing numerous enemy fighters and saving countless US lives. As a result, the five snipers received the US military’s Bronze Star Medal for Valor, the fourth-highest award for bravery under fire.

In the years of fighting that followed in Iraq and Afghanistan, the impressive records set in Shahi Khot Valley were broken, but the titles remain in Canadian hands. The current record is 3,540 meters (3,871 yards), set by JTF-2 commandos against ISIS fighters in Mosul, Iraq, in 2017. 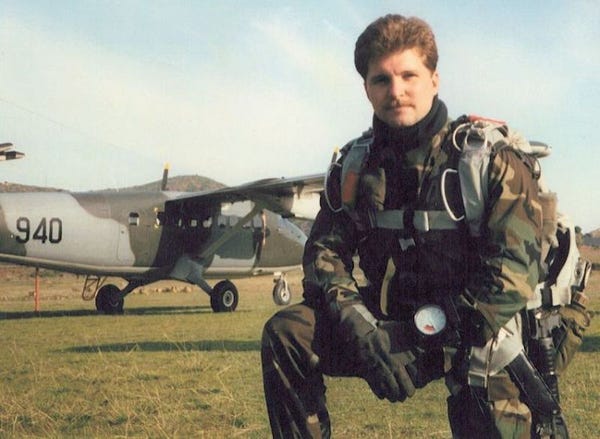 Operation Anaconda, however, didn’t end well for everyone.

Advance Force Operations teams from the elite Joint Special Operations Command (JSOC) were the first to deploy to Shahi Khot Valley, sending precious information about enemy positions back to headquarters.

But as the battle progressed, the teams — composed of Delta Force, SEAL Team 6, and operators from other special-mission units — ran out of rations and batteries. Instead of resupplying the teams on the ground, JSOC sent in fresh personnel. However, the new teams weren’t acclimated to the brutal conditions and terrain. This would be fatal.

MAKO 30, a SEAL Team 6 element, decided, with approval the JSOC task force commander, to insert on top of Takur Ghar instead of landing on its slopes and making its way to the top.

During its approach, the MH-47 Chinook helicopter carrying MAKO 30 came under intense fire. Chief Petty Officer Neil Roberts fell from the ramp of the Chinook as it took evasive action. 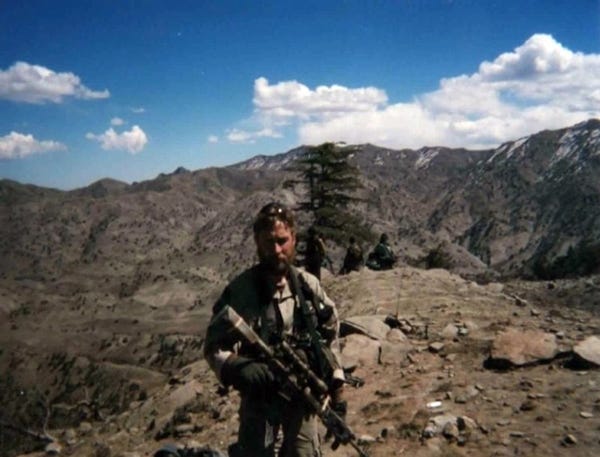 The chopper had to make an emergency landing on the slopes before heading back to base. MAKO 30 was reinserted on Takur Ghar to save their teammate, who by that time had been killed and mutilated by Al Qaeda fighters after a valiant last stand.

Once reinserted, the SEALs were pinned down and forced to retreat with several wounded, leaving behind Tech. Sgt. John Chapman, an Air Force combat controller, who they thought had been killed. Chapman, however, was still alive and fought to the end, even charging the enemy positions by himself.

A CIA drone was over Takur Ghar as Chapman fought, making his the first Medal of Honor action ever caught on film.

Stavros Atlamazoglou is a defense journalist specializing in special operations, a Hellenic Army veteran (national service with the 575th Marine Battalion and Army HQ), and a Johns Hopkins University graduate.