RUMOURS that popular video-calling app Houseparty has been "hacked" are spreading like wildfire online – but its creators deny a breach.

The chat app has quickly become a viral hit in recent weeks, but terrified users are now deleting the app over fears Houseparty has been compromised. 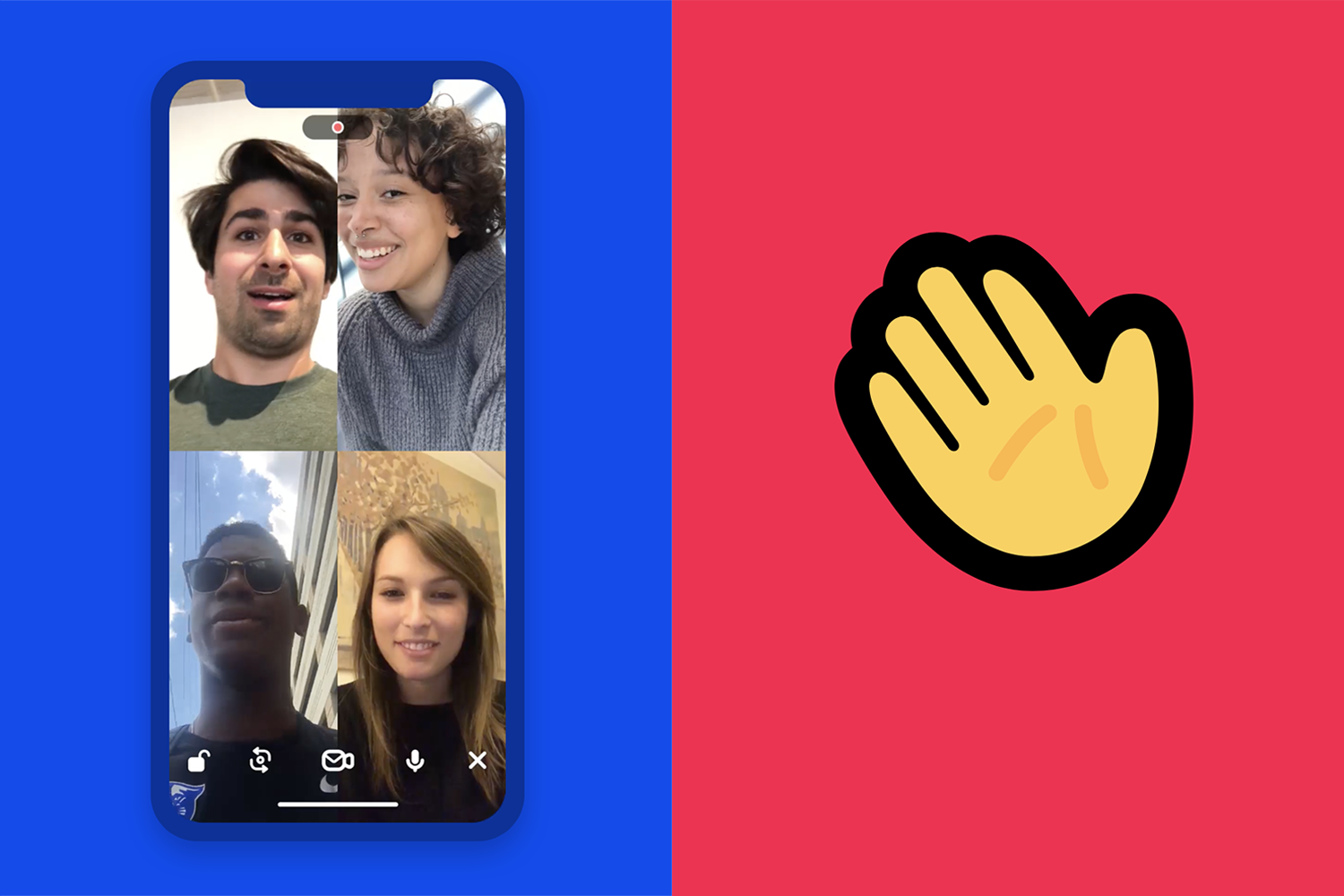 As the world goes into lockdown due to the coronavirus crisis, internet users have flocked to Houseparty.

The hit app lets friends and family make video calls, play games and hang out in a virtual "house party".

However, large numbers of users on Twitter are reporting that they've had Spotify, PayPal and bank accounts hacked after downloading the app.

But the app's owner Epic Games – the company behind popular games Fortnite and Gears of War – deny that a breach has taken place. 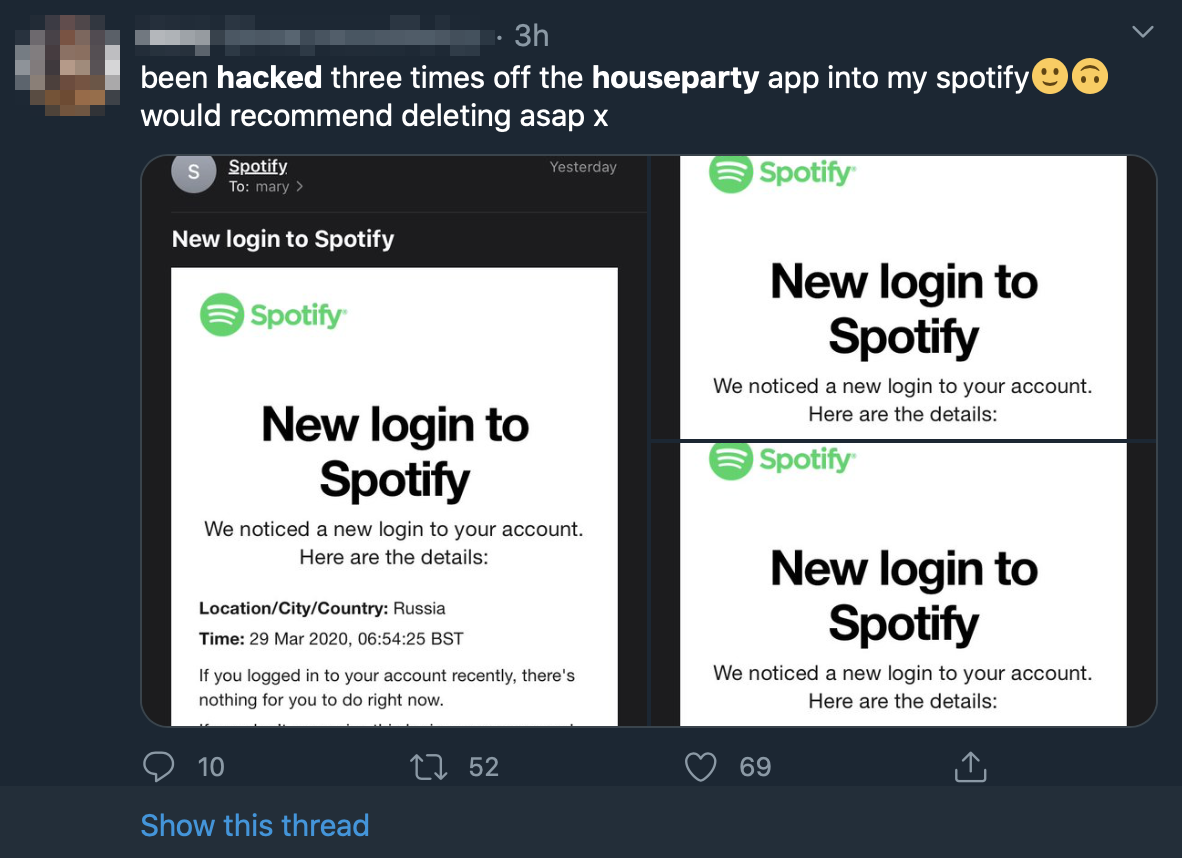 "We’ve found no evidence to suggest a link between Houseparty and the compromises of other unrelated accounts," an Epic Games spokesperson told The Sun.

"As a general rule, we suggest all users choose strong passwords when creating online accounts on any platform.

Users are reporting major issues after downloading the chat app, however.

One user wrote: "BOYCOTT HOUSEPARTY, just found out that’s how my Spotify was hacked and how many others are being hacked on various things, disconnect snapchat and delete account."

Another said: "Everyone who has the house party app I advise you to delete your account and delete the app as this is seemingly how fraud is happening and people’s emails etc are getting hacked.

"I know a lot of people will have this app."

And one wrote: "DELETE HOUSEPARTY! My PayPal which was with the same email address has been hacked and money taken from my bank!

They added: "It's happened to other people too."

So has House Party been hacked? 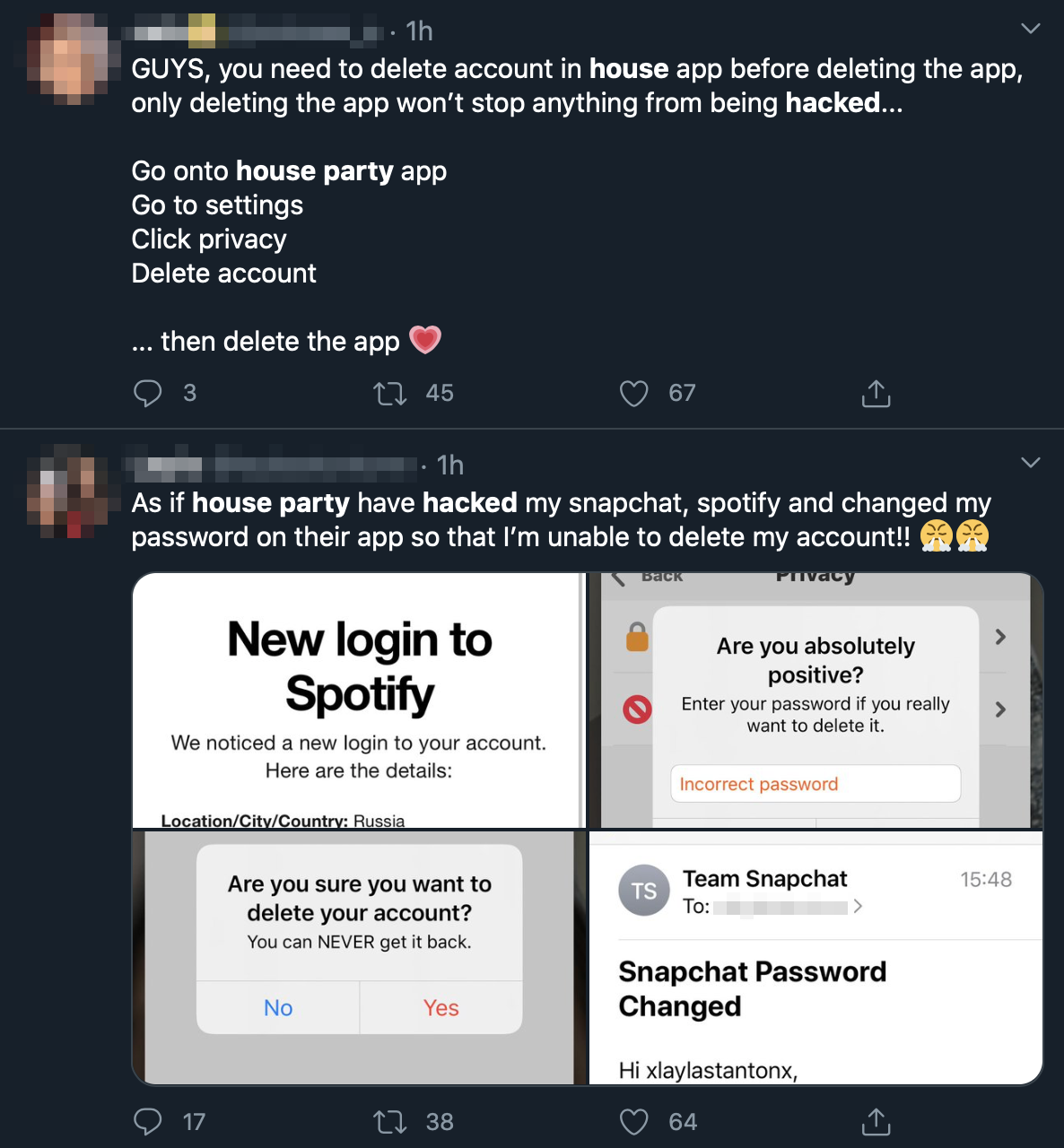 There are several explanations for this phenomenon that don't involve a mass-hack of Houseparty users.

For a start, it could be plain old coincidence: cyber-crime is on the rise currently as hackers prey on confusion and interest in the coronavirus crisis.

It's possible that many of these Houseparty users may have simply been caught out by another scam.

There may be an element of social media hysteria at play here too.

Many of the users are reporting anecdotal issues – and citing "friends of friends" – which are telltale signs of a hoax.

Simply put, you might not need to rush out and delete House Party right now.

"There is a rising wave of cybercrime activity directly linked to the global uptake of group social media platforms now that everyone is in isolation," said Brian Higgins, a cyber-security specialist from Comparitech, speaking to The Sun.

"I’d definitely recommend deleting any apps you think may be causing you and your contacts harm.

"However, in this case I’d give Houseparty a chance to investigate and explain what’s happening.

"They're clearly providing a vital service to people’s mental health and wellbeing.

"By all means do whatever you think is necessary to stay safe online while the COVID-19 pandemic plays, out but it’s always best to make informed decisions.

"There are any number of reasons why the online activity highlighted on Twitter could be happening.

"I’d follow Epic Games on Twitter for a while and wait until it’s safe to use their app again."

Houseparty – what is it?

But not everyone is convinced that this is a coincidence.

"I am afraid I don't believe in coincidences," said cyber-expert Peter Draper, of Gurucul, speaking to The Sun.

"Especially at the moment with bad actors trying every single angle to exploit the current situation and people's need to communicate with friends and family during lockdown.

"It is highly likely that Houseparty has been compromised in some way, whether that is the core infrastructure, the software download or just a hook into the data."

There is currently no evidence that Houseparty has been hacked.

In other news, find out how to sign up to the official WhatsApp coronavirus chatbot.

And a hilarious prankster has revealed a cheeky way to skip out on dull virtual meetings while working from home.

Have you experienced any issues using House Party recently? If so, let us know in the comments!