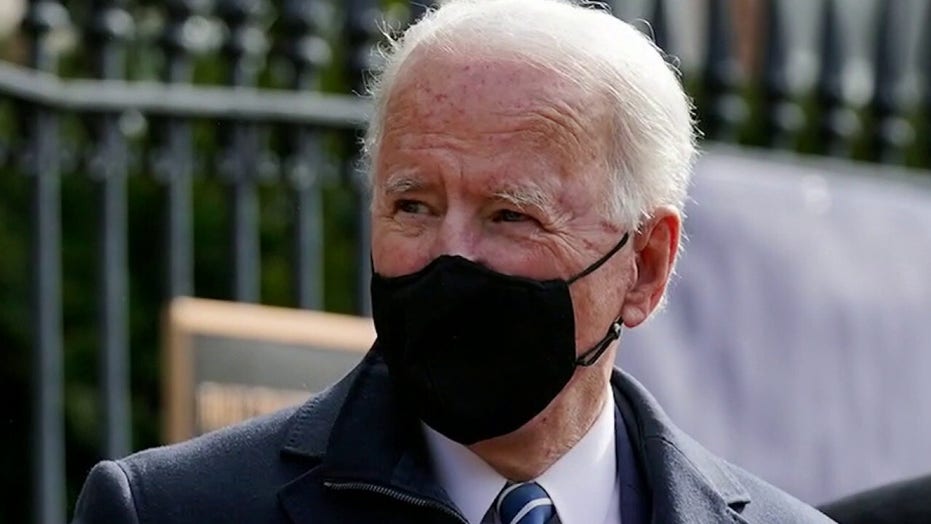 The House Rules Committee will meet Tuesday afternoon to start work on the coronavirus budget reconciliation package after House Speaker Nancy Pelosi and Senate Majority Leader Chuck Schumer each filed budget resolutions in their respective chambers on Monday — setting up a process for Democrats to go it alone on coronavirus relief.

The action follows a meeting between a group of 10 Republican senators and President Biden on Monday night to discuss a possible bipartisan way forward on coronavirus relief. If a compromise can be reached between that group and the 50 Senate Democrats, they will have enough votes to overcome a filibuster by other Republicans.

“I think we had a very good dialogue,” Sen. Mike Rounds, R-S.D., said Tuesday on “Fox & Friends First” of the meeting with Biden. “I came away thinking there’s hope to try to find something in the future, but it’s not going to be easy.”

A statement from the Senate Republicans released Monday evening also said they are “appreciative that in his first official meeting in the Oval Office, President Biden chose to spend so much time with us discussing the response to the COVID crisis.” The group, which is led by Sen. Susan Collins, R-Maine, said the meeting was “a very productive exchange of views.”

But White House Press Secretary Jen Psaki said that although Biden shares “a desire to get help to the American people… He reiterated, however, that he will not slow down work on this urgent crisis response, and will not settle for a package that fails to meet the moment.”

Republicans’ proposal at just over $600 billion, which they brand as “targeted,” is not even a third of the size of Biden’s $1.9 trillion proposal, which Schumer, D-N.Y., and Pelosi, D-Calif., are using as a template for their work in Congress.

“The cost of inaction is high and growing, and the time for decisive action is now. With this budget resolution, the Democratic Congress is paving the way for the landmark Biden-Harris coronavirus package that will crush the virus and deliver real relief to families and communities in need,” they added. “We are hopeful that Republicans will work in a bipartisan manner to support assistance for their communities, but the American people cannot afford any more delays and the Congress must act to prevent more needless suffering.”

House Budget Committee Chairman Rep. John Yarmuth, D-Ky., backed Pelosi and Schumer, saying that “while reconciliation does not preclude a bipartisan package, it does ensure Congress can meet the needs of the American people whether Republicans want to help or not.”

Republicans have warned that any action on coronavirus relief that deliberately leaves them behind would set the table for gridlock and partisan opposition for the next two years. But Democrats are wary of trying to work with Republicans after GOP opposition hamstrung some of former President Barack Obama’s priorities during his first term, including economic stimulus coming out of the financial crisis.

“We cannot repeat the mistakes of 2009,” Schumer said in a tweet Monday.

Democrats have telegraphed that they aim to build “bipartisan” support for Biden’s plan outside of Congress and among the public, even if that means leaving the Republicans in Congress in the dust.

“He’s facing the deepest problems but the biggest opportunities of any president probably since FDR,” Biden adviser Anita Dunn told CNN. “Even with narrow majorities in Congress, he has the opportunity to build broad bipartisan support for his program — not necessarily in Congress but with the American people.”

But it’s not clear Biden even has the full support of his party to pass a relief package under budget reconciliation.

Vice President Kamala Harris, in a seeming acknowledgment of that reality last week, appeared on local television in both West Virginia and Arizona in what was widely seen as a strong-arm tactic to get moderate Sens. Joe Manchin, D-W.Va., and Kyrsten Sinema, D-Ariz., to support Biden’s plan.

Manchin told WSAZ that he was surprised and upset that Harris did the local television appearance without giving him a heads up, and on Monday declined to commit to supporting Biden’s $1.9 trillion plan if passed via reconciliation when asked by Fox News.

“Senator Manchin is still committed to a bipartisan path forward,” a spokesperson said.

Sinema’s office did not immediately return a request for comment asking the same question.