The House of Representatives Wednesday passed legislation to form an independent 9/11-style commission to investigate the Jan. 6 Capitol riot and to make recommendations on preventing another domestic attack.

Despite opposition from GOP Leader Kevin McCarthy, R-Calif., the Jan. 6 commission bill garnered bipartisan support. The vote was 252 to 175.

Among the vocal GOP supporters was Rep. Peter Meijer, R-Mich., who called out his colleagues who have tried to “whitewash and rewrite the shameful events” of Jan. 6 and argued a fact-based investigation is needed to heal the nation.

“If we avoid confronting what happened here just a few short months ago, we can be sure that intimidation, coercion, and violence will become a defining feature of our politics for generations to come,” Meijer said in a floor speech backing the commission.

Trump supporters try to break through a police barrier, Wednesday, Jan. 6, 2021, at the Capitol in Washington. (AP Photo/Julio Cortez)

The legislation now heads to the 50-50 split Senate, where it would need 60 votes to advance. But garnering the support of 10 Republicans may be a challenge after Minority Leader Mitch McConnell, R-Ky, announced Wednesday he’ll oppose the “slanted and unbalanced” independent commission. Former President Donald Trump opposes the legislation too.

The bipartisan agreement met one major Republican demand by including an equal number of members from each party, and it requires majority approval to issue subpoenas. But it did not meet another condition that McCarthy and some other Republicans wanted: to investigate other political violence, such as Antifa riots, in addition to the Jan. 6 attack on the Capitol.

“There has not been an investigation to stop the BLM/Antifa riots that have hurt innocent people,” said Rep. Marjorie Taylor Greene, R-Ga., in calling out unrest in Minneapolis, Portland and other cities.

Greene said the commission will just be used as a political tool against Republicans. 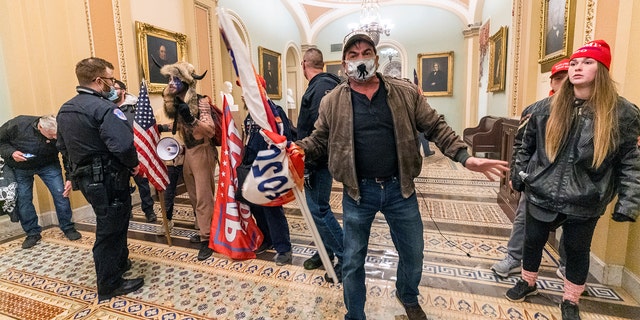 “The media is going to use this to smear Trump supporters and President Trump for the next few years and cover up the real damage that’s happening to the people of this country,” Greene argued.

But Katko said what started as a Democratic proposal turned into a “reasonable, nonpartisan bill” that will find out the facts. He urged his colleagues to “put down their swords for once, just for once” and support the “fair and necessary legislation.” 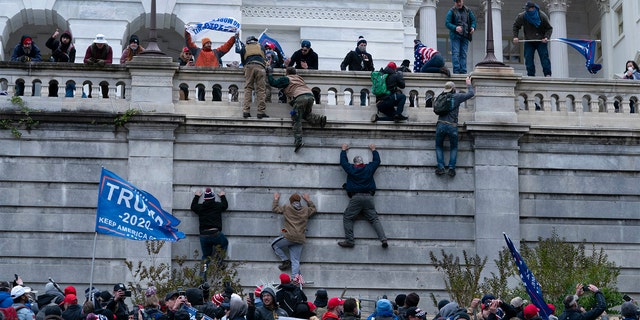 On Jan. 6, a group of Trump supporters seeking to stop the certification of Joe Biden’s election victory stormed the Capitol, destroyed property and forced lawmakers to take shelter. Some called for the hanging of then-Vice President Mike Pence and stalked the halls looking for Speaker Nancy Pelosi, D-Calif.

About 140 police officers were injured in the riot and five people died, including Officer Brian Sicknick, who suffered a stroke after defending the Capitol.

Federal law enforcement officials have made more than 400 arrests of individuals involved in the siege.

Rep. Fred Upton, who backed the commission, said had it not been for the brave police officers defending the Capitol that day, members of Congress could have lost their lives.

If not for the police, “who knows how many of our heads would have been swinging on those gallows that were constructed on the East Front of the Capitol?” Upton, R-Mich., said.

“We need the answers, not political rhetoric,” Upton added. “That’s what this bipartisan commission can provide for all of us. For our country, let the truth shine in.”