New York Gov. Kathy Hochul has launched a purge of agency heads and other officials appointed by her disgraced predecessor Andrew Cuomo — with at least nine bureaucrats either resigning or being told they’ll be out of a job within the next few days, sources told The Post on Friday night.

Topping the list of departures is Michael Hein, the former Ulster County Executive who was tapped by Cuomo in 2019 to oversee the state Office of Temporary and Disability Assistance.

At the outset of the COVID-19 pandemic, Hein was put in charge of the regional control room for the Hudson Valley, monitoring key health metrics as the state tentatively reopened in summer 2020.

In recent months, Hein was supposed to oversee the distribution of $2.6 billion in federal funding to help tenants pay back rent and utility bills. He was criticized for failing to hand out the money fast enough.

On Aug. 10, the day Cuomo announced his resignation, Hein admitted to lawmakers at an Assembly hearing that he had never spoken to the then-governor about the program, which was created by Congress at the beginning of this year. 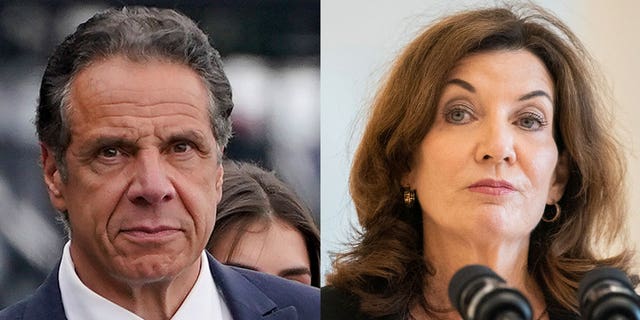 The shake-up in Albany began hours after the Friday announcement that Amit Singh Bagga, who unsuccessfully sought to represent the 26th City Council District earlier this year, had been appointed Hochul’s deputy secretary for intergovernmental affairs.

It also comes one day after Hochul announced that state Health Commissioner Howard Zucker would step down from his post as soon as a replacement could be found.

Zucker, who had been in his position since 2015, was accused by critics of helping Cuomo minimize and disguise the terrible toll of COVID-19 in nursing homes across the state. It was he who issued the infamous March 2020 order that required nursing homes to accept coronavirus-positive residents returning from hospitals, provided they were not critically ill. Zucker also barred nursing homes from testing the returning residents for the virus

That order was quietly withdrawn in May of last year, but family members of those who died in long-term care facilities said the damage had been done by then.

When Hochul first took office in August, she declared she would have a 45-day window to assess which state workers she would keep or replace from the former administration.