It shouldn’t be this hard.

It shouldn’t take dozens of organizations working for months to bring together several thousand Americans for one afternoon to talk respectfully and constructively about what they have in common – and what they don’t.

It shouldn’t take 20 minutes of video instruction about how to have a civil conversation before we even click into the chat room to meet our conversation partner for the inaugural America Talks event.

But it is hard.

The work of the many groups striving to bring together Americans with different values, experiences and priorities is vital.

And the reminders to listen with curiosity, avoid assumptions and stereotypes, and set aside judging others are needed in a cable news, social media-tainted culture that turns the outcome of every debate into an existential threat to civilization itself.

I signed up to participate in America Talks for two primary reasons. One, I was curious about the experience. Two, I am concerned about the future of a nation whose people “have grown hateful toward opposing partisans based more on a religion-like social identity than on actual disagreements about policies.” 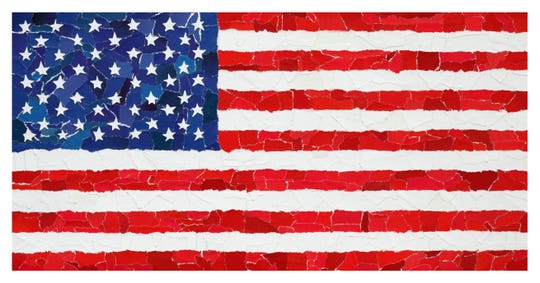 The work of the many groups striving to bring together Americans with different values, experiences and priorities is vital. (Photo: Getty Images)

So, sitting in my house on a muggy Midwestern Saturday, I found myself conversing with a stranger named David from the Pacific Northwest about climate change, immigration, the news media and economic opportunity.

On the political scale, David said he’s a left moderate, who doesn’t like Donald Trump but also is put off by efforts to push the country too far to the left.  I’m a moderate conservative, who these days is more concerned about the forces who manipulate and exploit our differences than the actual differences themselves.

America Talks: How not to let fear isolate you from people with different opinions

David and I chatted amicably for about 40 minutes about our hopes and fears for our country, our communities and our families.  He stressed his worry about the effects of climate change.

I spoke about my concern that what really drives many of our nation’s deepest divisions is the lack of economic opportunity. Bad things tend to happen when people lose hope that tomorrow won’t be better than today.

Hidden Common Ground:Explore the issues where we agree

As we talked, David shared something from his life that I found sad and alarming, yet understandable. He said at work he avoids eating in the lunch room because he knows hearing the strong opinions of his Republican co-workers will upset him.  He prefers to eat at his desk in peace.

To me, that’s sad because coworkers ought be able to share a lunch room without fear of political strife. It’s alarming because people will put up with bullying — and it is bullying when we’re forced into silence to keep the peace — for only so long.

And it’s understandable because I found myself in the same situation working for decades in newsrooms filled with progressives. Keep your head down. Keep your mouth shut. Do the work.

America is strong, with a vital role in the world, in part because we’re big enough and diverse enough to accommodate 330 million people from a wealth of different backgrounds, experiences and perspectives.

We need to leverage, not shun, those differences.

And one way we do that is to take the risk of engaging with people who don’t think like we do, who don’t share our beliefs, who have different perspectives grounded in different life experiences.

America Talks: Do you want to help unite the nation? Here’s how.

The chance to participate in the inaugural America Talks has passed. But the choice to engage respectfully and constructively with our neighbors – to work together to rebuild America’s civic health – is available to each of us every day.

We do need to talk, America. But first, we must listen.

You can read diverse opinions from our Board of Contributors and other writers on the Opinion front page, on Twitter @usatodayopinion and in our daily Opinion newsletter. To respond to a column, submit a comment to [email protected]