(CNN Business)In January, Elizabeth Holmes became the rare Silicon Valley founder convicted of fraud stemming from her time as CEO of her failed blood-testing startup, Theranos. On Thursday, her ex-boyfriend and former second-in-command, Ramesh “Sunny” Balwani, was also found guilty of fraud by a separate jury.

Their back-to-back trials spanned nearly a year and mark the final chapter of a startup that rose to prominence, and a $9 billion valuation, with a promise to revolutionize blood testing only to become a cautionary tale for tech founders and companies.
Now, the anticipation turns to their sentencing hearings, which are slated to take place weeks apart from one another, with Holmes’ scheduled for late September and Balwani’s for mid-November.

The former couple were first indicted together four years ago on the same 12 criminal charges pertaining to defrauding investors and patients about Theranos’ capabilities and business dealings in order to get money. 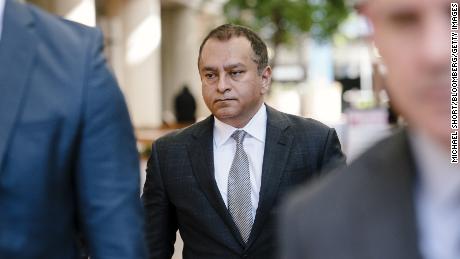 Their trials were severed after Holmes indicated she intended to accuse Balwani of sexually, emotionally and psychologically abusing her throughout their decade-long relationship, which coincided with her time running the company. Balwani, through his attorneys, has strongly denied the allegations.

The jury largely set aside Holmes’ emotional testimony about the alleged abuse, finding it irrelevant to the charges she faced, but the issue may be considered in her sentencing determination.

Holmes and Balwani each face up to 20 years in prison as well as a fine of $250,000 plus restitution per count. But legal experts say it is incredibly rare that someone gets the full amount. Any prison time associated with charges is also likely to be served concurrently.
“The charge defines the most the person could get, but nobody ever gets the most,” said Nancy Gertner, a former US federal judge and senior lecturer at Harvard Law School. She also noted that sometimes judges determine to more heavily weigh restitution over prison time. “That doesn’t happen as often in recent years because it can look like someone is buying their way out of prison -— but it can happen.” 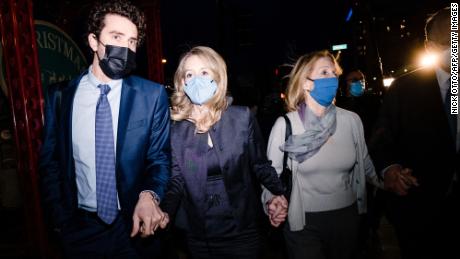 Judge Edward Davila, who presided over both Holmes’ and Balwani’s trial, will ultimately decide their fates as he sees fit, using sentencing guidelines as a reference. Judge Davila will consider a variety of factors, including the amount of money intended to be defrauded. The wire fraud charges related to individual investors totaled more than $154 million, for example. 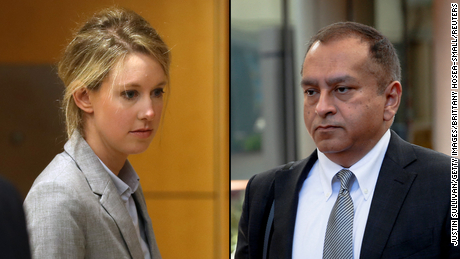 Between their convictions and their scheduled sentencing dates, the probation office conducts an investigation into each of the former executives to provide a holistic look at their history — from their family to their financials, as well as their crimes — which will assist the judge in determining a sentence. That may also include factors such as their psychological histories, or any trauma, which is where Holmes’ allegations about the nature of her relationship with Balwani, who is nearly 20 years her senior, may play a role. Holmes and Balwani will also each be permitted to submit sentencing memoranda that make their case to the court for leniency in sentencing.
“The crime itself is only one factor in the sentencing,” Rachel Maimin, a partner at Lowenstein Sandler LLP who specializes in white collar defense, told CNN Business. “It’s a very important factor, but definitely not the only factor. … They’re going to each be judged by their own actions and own life history.” 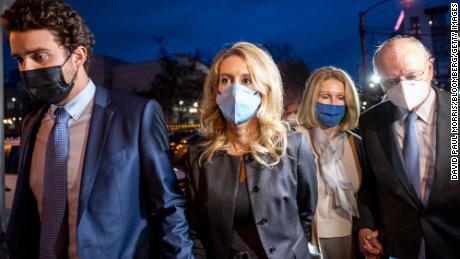 Separate juries ultimately found both Holmes and Balwani to be guilty, but they returned different verdicts.
Holmes, who dropped out of Stanford in 2004 at age 19 to work on Theranos, was found guilty on four charges pertaining to defrauding investors. But she was acquitted on patient-related charges, and jurors couldn’t come to a unanimous decision on three charges concerning defrauding specific investors. (One charge pertaining to a patient was dropped due to an error by the prosecution.) 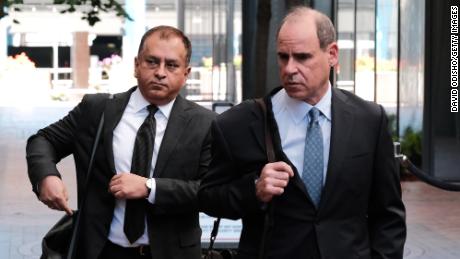 Balwani, who took on a formal role at Theranos in 2009 and oversaw key aspects of the company including its lab that processed patient tests, was found guilty on all 12 charges, which included 10 counts of federal wire fraud and two counts of conspiracy to commit wire fraud.
Both are currently free on bonds — Holmes on a $500,000 bond secured by property and Balwani on a $750,000 bond secured by cash or property.
A hearing on Holmes’ motion for an acquittal is slated for later this month.

Meanwhile, Balwani attorney Jeffrey Coopersmith of Orrick, Herrington & Sutcliffe said in a statement Thursday that the defense is exploring avenues to possibly fight the verdict.
“We are obviously disappointed with the verdicts,” he said. “We plan to study and consider all of Mr. Balwani’s options including an appeal.”
Source: Read Full Article