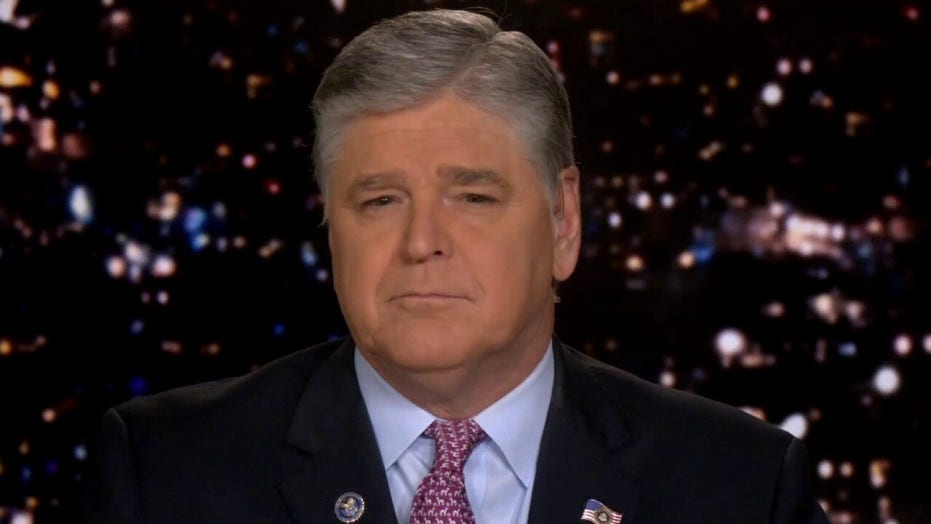 Hannity: With Democrats in control we will never return to normal

‘Hannity’ host blasts the Biden administration for multiple crises spiraling out of control.

Sean Hannity vowed that the United States will stay off course so long as the Democrat Party is in control in Wednesday’s opening monologue of “Hannity.”

“Mark my words: With Democrats in charge, this country will never return to normal,” he said. “They won’t allow it. Now there’s always going to be a new scary variant and life will have to be put on hold yet again. It’ll always be new mandates, always be mask mandates, always be employee shortages and massive government spending. Inflation … [will] only get worse. As we now know, [it’s at] a 39-year high.”

“…Nancy Pelosi clearly has been [eating] too much spiked ice cream,” Hannity retorted. “[She] doesn’t realize inflation is out of control, that there is a massive crisis on our southern border [and] a supply chain crisis originating at the ports in her own state [of California].”

Pelosi remarked Wednesday, “…[T]he fact is that there is an attitude of lawlessness in our country that springs from I don’t know where. …[W]e cannot have that lawlessness become the norm,” she added.

“Nancy, it’s not rocket science,” Hannity replied. “Criminals are not being prosecuted on the state and local level in places like your home state of California and New York and other places. Those [who] are charged with a crime, they are let out with zero bail. In fact, if you steal under [$1,000] in California, you’re not even going to get arrested.”

“If you don’t enforce the laws – guess what – lawlessness will take over. It always will and always has,” he concluded.