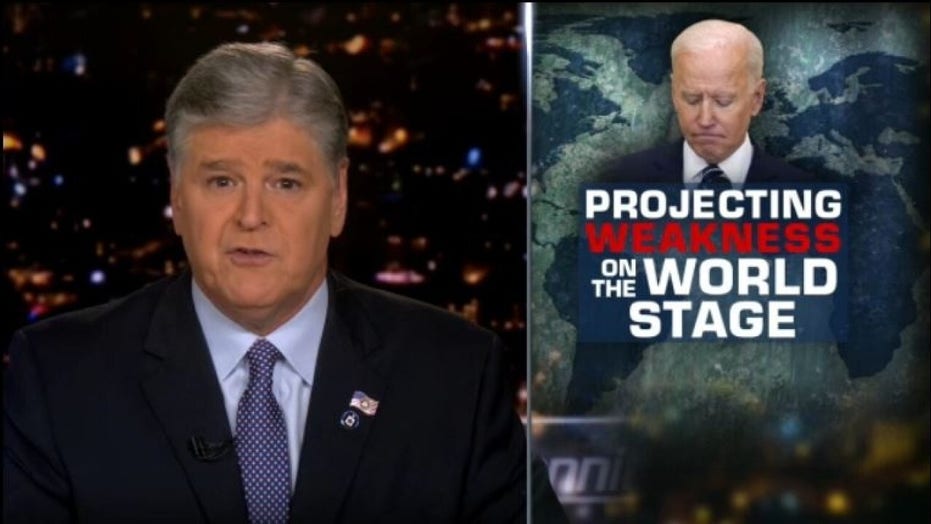 Hannity: How will Biden respond to pipeline attack?

HANNITY: Joe Biden is projecting weakness on the world stage, frankly it’s an embarrassment. And America’s enemies, they are taking note tonight. From cyberattacks to proxy wars. You have an alliance that has emerged with Iran, Russia and China, all ramping up their malignant activity. On Friday, the largest oil pipeline network in the U.S. was shut down because of the cyberattack reportedly linked to Hillary’s favorite country of Russia. This pipeline transports nearly 50% of all gas consumed on the east coast of this country and that’s including fuel at our military bases.

Make no mistake, this was a major attack. Not only are gas prices already skyrocketing, they will go higher. Some gas stations, now we can report at this hour, they’re actually starting to run out of fuel and our military was also impacted. So the pressing question of the night – Joe, how will you respond? My guess is they will do absolutely nothing.