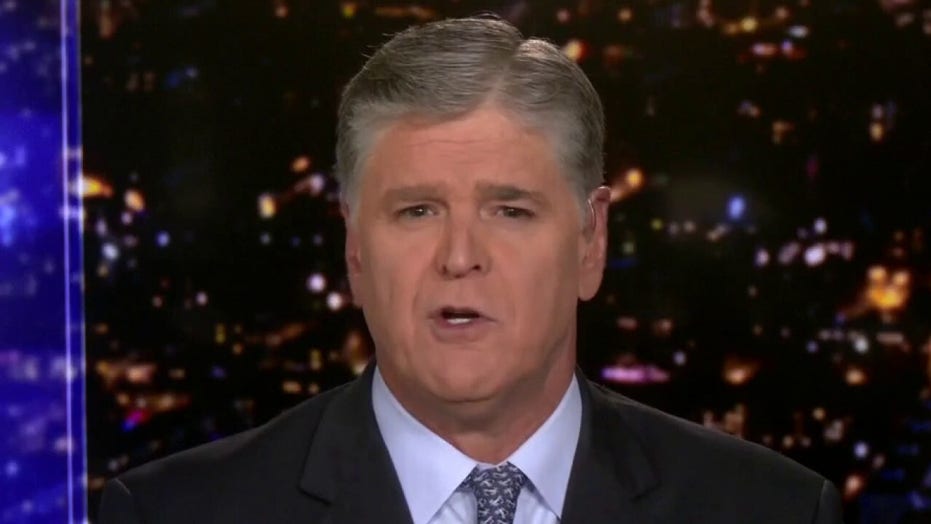 Sean Hannity praised Liberty University's defamation lawsuit against the "garbage" New York Times on Wednesday, describing it as a step in the right direction to combat an "information crisis like we've never had in this country before."

"The New York Toilet Paper Times, basically that's all it's good for, they have been exposed yet again," the "Hannity" host told his viewers Wednesday.

The $10 million lawsuit cites a March 29 Times story headlined “Liberty University Brings Back Its Students, and Coronavirus Fears, Too." The story claimed that about 12 students “were sick with symptoms that suggested Covid-19,” when the school allowed students to return from spring break.

"Remember," Hannity said of the Times, "they're the ones that basically accused yours truly of killing grandma and grandpa because of our coronavirus coverage when we were way ahead of them, especially, and the rest of the mob, in warning people about the virus and asymptomatic people that would spread the virus and supporting the travel ban 10 days after the first known case of corona.

"It was the leftist New York Times, let's look at their track record, they're the ones that ran the headline, 'Who Says It's Not Safe to Travel to China?' … I wonder how many people took their advice and what might have happened to them if they did?"

Hannity described the paper as "reeling after getting clobbered in a scathing editorial this week by another former top editor," referring to the resignation of opinion editor and columnist Bari Weiss.

"She [Weiss] recently resigned after months of workplace harassment [and] hostility over — she's not a conservative, at best I would say centrist views – willing to listen to the other side …  far-left Times employees calling her a racist and a liar, and a bigot. Others demanded she be rooted out of this organization," said the host, who described both controversies as a "perfect example of what I call, and why you define, modern media as a mob."

"Truth telling? Nonexistent. They are all about advancing the fall far-left radical socialist views of the new Democratic Party. They have outright contempt and hatred for all things President Trump."