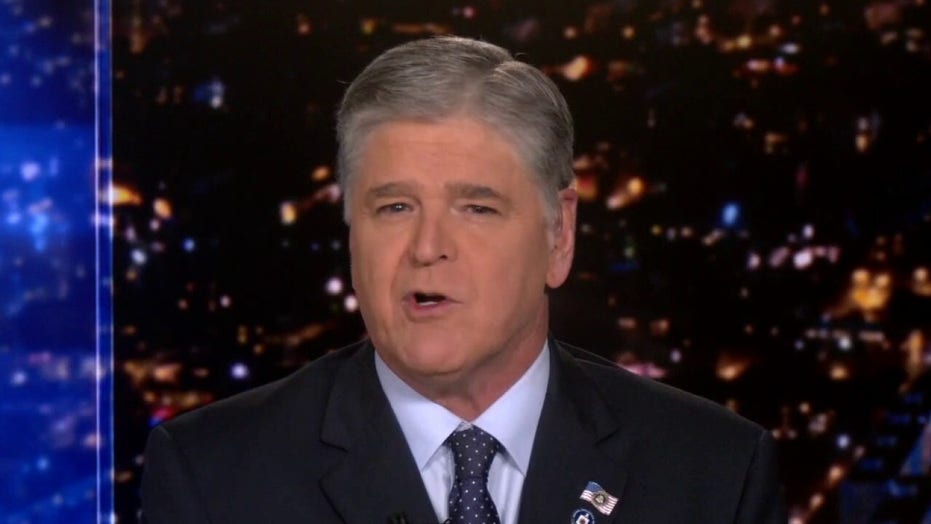 SEAN HANNITY, HOST: Tonight, the biggest concern inside the Democratic Party is not that Joe Biden will lie about these radical spending proposals and tax hikes; it’s that he’ll accidentally tell the truth. That’s why “Circle Back Jen” Psaki just admitted that the administration constantly recommends that Biden not take questions from reporters.

‘Joe be a good president and we will reward you with cookies and warm milk-y before bedtime’ — usually 7 pm Eastern sharp.

If this admission is not clear confirmation that the administration is strategically hiding the president from the media… what else is? If America had a non-partisan, responsible, honest press, this would be a big story. But we don’t have an honest press. Instead, we have an abusively biased media mob that protects Democrats and attacks Republicans, especially if they support Donald Trump.

Hannity added that his analysis was borne out most recently by former Lincoln Project member Kurt Bardella on MSNBC — who claimed the Republican Party he once belonged to is a bigger threat to America than “Al Qaeda, Usama bin Laden and the Taliban combined.”

HANNITY: Tom Brokaw must be so proud of the news brand he spent a career building up. Now you see what’s happening here?

On the left, you’re allowed to lie and make crazy ridiculous, totally untrue statements. You can even get a free pass to say racist, and sexist, and xenophobic, and homophobic things.  and a pass to call African-American conservatives any name you want.

But, on the right, you’re not even allowed to make a mistake, or even misspeak. In fact… sometimes even when you tell the truth… you risk getting canceled.